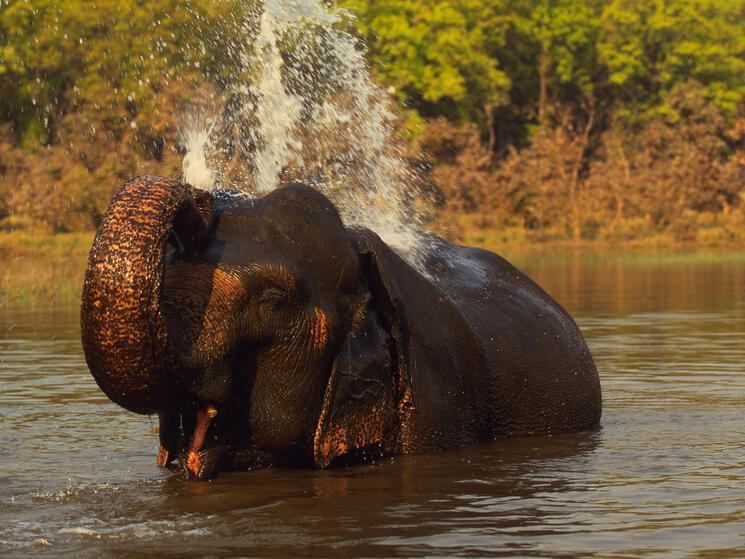 A Lifetime of Elephant Memories

In India’s “Pink City” of Jaipur, I occasionally see an elephant sauntering down the street. The elephant holds a rich, cultural tie to my native India, and seeing one often brings back many of my most cherished childhood memories.

Once, when I was a young girl, I was playing outside with a group of neighborhood children, and we saw an elephant passing by. We ran after the elephant and begged the mahout owner to give us a ride, as none of us had been on an elephant before. He eventually relented, and we had the time of our lives! Our joy was short-lived because our parents scolded us for not asking permission. Still, the memory of that afternoon has stayed with me for decades.

Like my brethren in India, I revere elephants. They are an important part of my religion, my culture and my natural environment. Just as WWF works to protect elephants, so do the Indians I know, holding them as dear in our festivals as we do in our forests.

There is the famous tale of our elephant-headed god Ganesha—a story that taught me early on how to find inspiration to remove obstacles in my life. My mother told me one version of the tale, how a boy guarding the bathhouse of Goddess Parvati was beheaded by the furious Lord Shiva, then brought back to life with the head of an elephant by the repentant lord.

On cloudy days when rain was imminent, my mother said it was because the gods had found a treasured white elephant in the ocean, signifying the end of drought.

“Just as WWF works to protect elephants, so do the Indians I know, holding them as dear in our festivals as we do in our forests.” 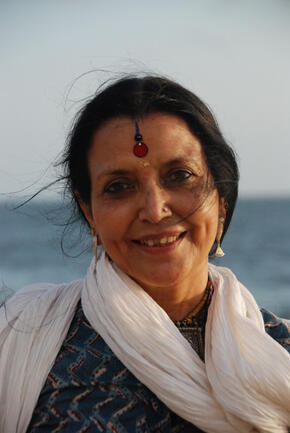 Tripti Pandey is the author of three books focused on preserving the cultural heritage of the Indian state of Rajasthan.

My family and I always took part together in the festival of Diwali, worshiping an image of the goddess of prosperity, Lakshmi, who is always depicted with two elephants spraying water from their trunks. Lakshmi is also considered to be the goddess of animal wealth.

One of the first bedtime stories I remember was about an elephant named Gajendra, who decided to take his family into a pond to cool off on a particularly scorching day. A crocodile grabbed Gajendra by the leg and started to pull him in the water. Gajendra prayed to God to save him from not just death, but also from ignorance. The Almighty heard the elephant’s prayer and saved him.

The moral of this story is that if you purify your mind, abandon pride and doubt and completely surrender yourself to God in times of distress, He will receive you.

I think about this when I hear about the threats elephants face throughout Asia and Africa. Poaching is wiping out families of elephants in central Africa. Indonesian forests that have supported elephant populations for presumably thousands of years are being cleared in a single week. Conflicts between elephants and people abound in rural areas—we’re always reading about them in our newspapers here in India.

Indian mothers deserve the right to continue telling their children the fables and spirituals about the wisdom, strength and inspiration of elephants. Elephants have been so important to my people for so long; but they’ve been important to the planet for so much longer.

Elephants may not be able to reach out to the gods in times of distress, but we should be doing it for them.

Travel with WWF to see elephants in India.

If you liked this article about elephants, you might also like:
Healing The Hearts of Kenya's Orphans
Help Stop Wildlife Crime: How to Buy Environmentally Friendly Souvenirs
Ten Wild Facts about the “Big Five”