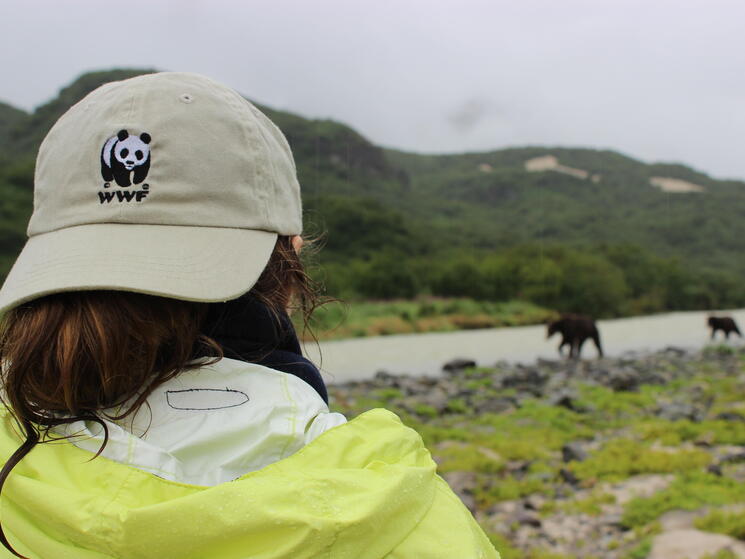 Alaska in July or August: When to Go?

On the surface it seems like a trivial question, one that simply requires reviewing your summer schedule. However, an experience in Katmai varies widely from one month to the next due to different bear behavior and activities. So when should you go, July or August? 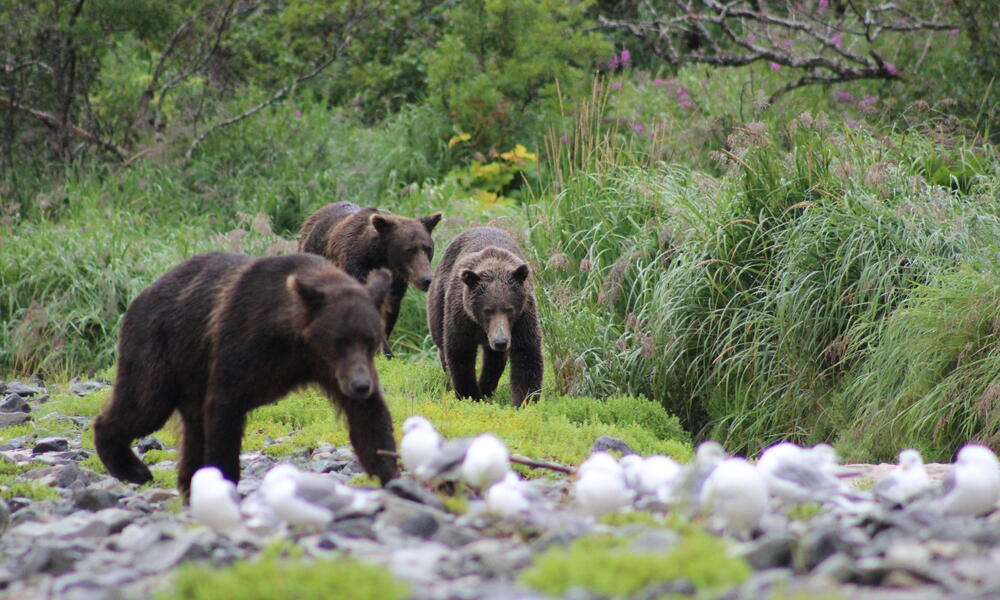 The bears undergo a radical behavior shift related to their hibernation and feeding patterns. Grizzly bears begin to hibernate as early as October and emerge as late as May.  After emerging, they immediately begin to forage for their first post-hibernation meal. By late summer and early autumn, they’re filling up on protein and fat-rich food—salmon—before the hibernation cycle begins again.

In July, the salmon have not yet emerged in Alaska’s streams, so the bears need to find another food source. It takes a significant amount of nutrients to fill up a bear so they spend most of their time eating grasses and berries that are plentiful on Katmai.

Physically, the bears maintain their traditional round, fuzzy look. They also touch and nuzzle each other quite a bit. This interaction makes for excellent opportunities to capture sharp wildlife images amid rocky backdrops and coastal sedge flats. If you want to see bears interacting with one other on dry land, then this is the time to go. 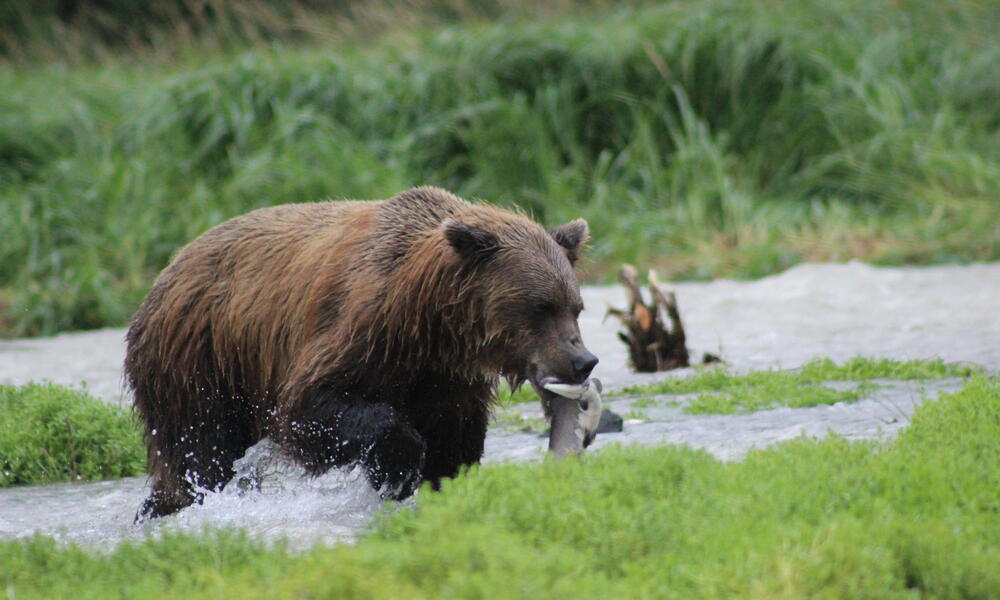 In August, salmon are practically jumping from the streams. The bears show off their hunting skills as they intently focus on catching fish—sometimes up to 11 per day. If this sounds more your style, get ready to take lots of action shots. If you’re hoping to capture the movement and rush of water be sure to practice with slow shutter speeds and your aperture settings.

In appearance, the bears are much thinner because of their early-summer, plant-based diet. Because the bears are hungry for more substantive protein, you may also witness more territorial spats as they fight for fish. August is the month to go if you want to see the bears’ fishing skills put to the test.

Both months offer breathtaking view of Katmai’s mountains and its beautiful bears. In addition to grizzlies, wolf, bald eagles, sea lions, moose, red fox, caribou and beaver among many other wildlife, may also be spotted and can make for interesting interactions with the bears.

Travel with WWF to Alaska