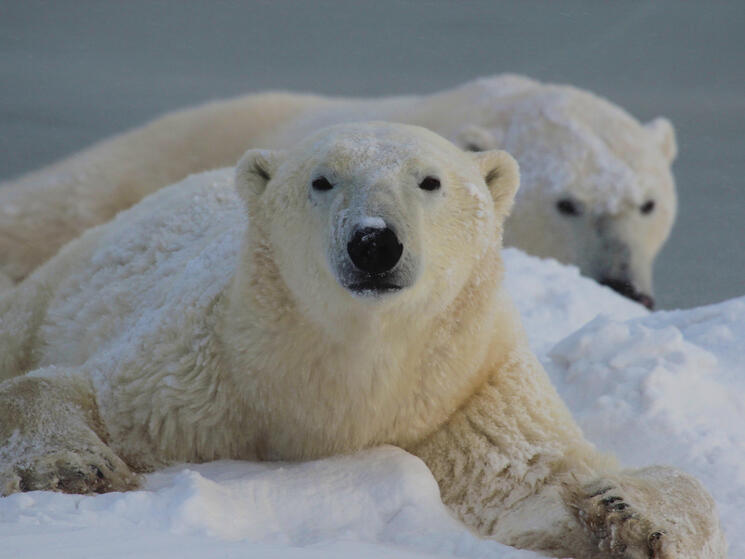 In celebration of 40 years of conservation work to secure a future for polar bears, WWF is giving away a Classic Polar bear Adventure trip for two in Churchill, Canada, courtesy of Natural Habitat Adventures.

Polar bears are considered threatened over much of their Arctic home due to climate change’s impact on their sea ice habitat. The sea ice cover has been changing rapidly, in both extent and thickness, and is shrinking far too quickly for the bears to adapt within some areas of their current range.
2013 marks the 40th anniversary of the International Agreement on the Conservation of Polar Bears, a circumpolar effort that brought polar bear populations back from a worrisome decline. We have an opportunity in 2013 to repeat the successes of the past 40 years, as governments meet at the end of the year to discuss polar bear conservation.
WWF works to protect critical polar bear habitat, including important movement corridors and denning areas, and to prevent or remove additional stressors from industrial activity such as oil and gas development and Arctic shipping. WWF also supports programs to reduce conflict between people and polar bears in Arctic communities.
On the Classic Polar Bear Adventure, you will:
Enter now for your chance to win!
Don't want to wait to win? Check out all of our polar bear tours.
No purchase necessary. Open to legal residents of the 50 United States (D.C.) 18 years or older. Ends 6/30/13. To enter and for Official Rules, including odds, and prize descriptions, visit www.worldwildlife.org/sweepstakes. Void in FL & where prohibited.
Subscribe to RSS Feeds