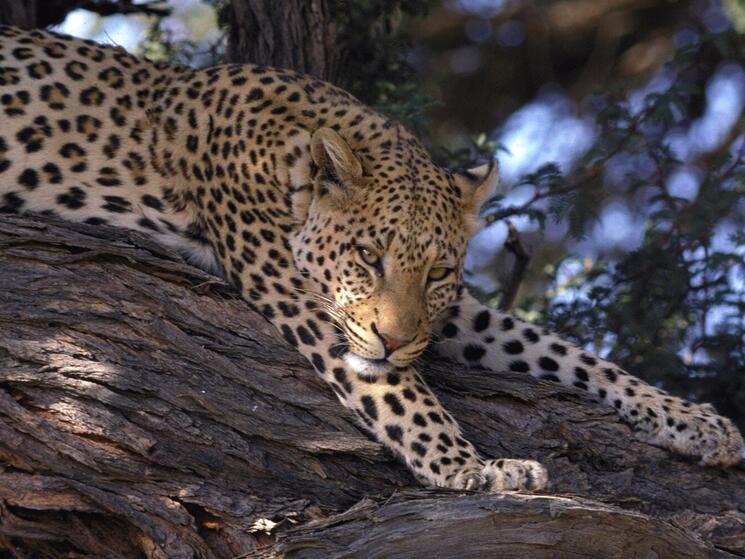 Behind the Lens: Managing Light in the Field

The fourth in an occasional series about nature and wildlife photography. All photos © Ron Magill

You come upon a scenic vista on the flat expanse of the Maasai Mara in Kenya. You have the shot composed in your mind, the wildlife is positioned ideally and the photo seems perfect. Perfect, that is, except for the sun, which is flooding the scene with blasts of glaring, direct, white light.

Wildlife photographer Ron Magill has encountered this situation countless times. Over the past three decades, Magill—an award-winning photographer, documentary producer and the communications director of the Miami Metrozoo in Florida—has learned to work the light to his advantage.

We spoke to Magill about shooting wildlife and nature photography in naturally lighted settings.

WWF: Despite popular belief, bright, sunny conditions are not ideal for nature photography. Why so?
RM: The problems with such light are generally the harsh contrasts and dark, vertical shadows that it produces. When the light is so strong, the rich saturation and soft blending of colors is often lost or washed out, creating a very flat, almost abrasive image in which the eyes of animals get lost in the shadows of their brows and ears.

This is why most nature photographers prefer to shoot during the “magic hours” just after sunrise and just before sunset.

WWF: Under what outdoor conditions do you get the best light to photograph animals?
RM: The best conditions to shoot portraits of animals are partly overcast days, with thin layers of clouds helping to filter the harsh rays of the sun. Though you can still get the light needed to bring out colors, a thin layer of clouds helps to reduce the harsh shadows and over-exposed hotspots while enabling you to capture fine details such as the wrinkles on the skin of an elephant or the eyelashes of a giraffe.

This type of light often produces better color saturation and is especially important in capturing an animal’s eyes that aren’t squinted, and to avoid dark shadows that produce black “holes.”

WWF: And what if you don’t have control over when you’re taking photos?
RM: If you can’t get the help of the clouds, try to photograph an animal relaxing under a tree in the shade where if you meter correctly on the face. You can produce excellent portraits.

WWF: Which do you prefer—early morning or late afternoon light?
RM: The morning light often offers a crisper, sometimes cooler effect, with the combination of morning dew and mist. It is preferable for photographing birds as they begin their daily activity and preferable in cooler climates where birds may be warming themselves with the rising sun. In Africa, it is also a good time for taking pictures of herbivores as herds gather at fertile grazing and browsing areas. Dawn can also present opportunities to photograph carnivores with the spoils from the previous evening’s hunt.

WWF: Generally speaking, however, it is the late afternoon that provides the greatest opportunity to observe the RM: large predators. It also offers the warmest light and can provide a spectacular array of golden-toned colors for portraits and landscapes alike.

WWF: How does the rule of thirds apply to light?
RM: You rarely want the source of light to be in the middle of your frame as this creates a “deer in the headlights” look to your image. Having light come from upper and lower corners or the sides gives dimension to your image and can create anything from warmth to drama.

WWF: Which direction of light do you favor?
RM: Side lighting—usually best achieved right after sunrise and sunset when colors are rich and warm—gives an image great depth and character.

That being said, rim lighting can be spectacular, and I think is too often overlooked by photographers when positioning themselves. Today’s cameras have truly incredible metering systems, and the proper use of such features as spot metering will allow you to paint with your available light while producing truly unique and memorable images.

I prefer front lighting the least. I feel that it tends to produce a flat appearance.

WWF: What are your best tips for the layman photographer shooting sunsets?
RM: First, put the camera on manual. By doing so, you can play around with the exposure until you achieve the effect you are looking for. Sunsets can vary significantly in light and intensity, and trying to auto expose them will often result in images that are over-exposed for the lighting you are trying to achieve.

A very important tip is to not quit after the sun has set. Though the sun has left your field of vision on the horizon, it is still reflecting light towards the clouds that are in the sky. That is why the most spectacular sunset shots are usually after the actual sunset. Also, the camera will often pick up colors that your eye cannot see, so don’t stop shooting just because things don’t look spectacular to your naked eye.

And finally, be sure to place your horizon in the lower third of the frame, or even lower. Most great sunset shots focus on the sky and the clouds as opposed to the land and horizon (unless you are working with reflections).

WWF: What is most important thing to remember when shooting wildlife?
RM: Don’t be afraid to play around with exposures to achieve an effect that will make your image special. It’s digital—if you don’t like it—delete it! And you must have patience. This combined, with a little luck, will result in images and memories that will last a lifetime.