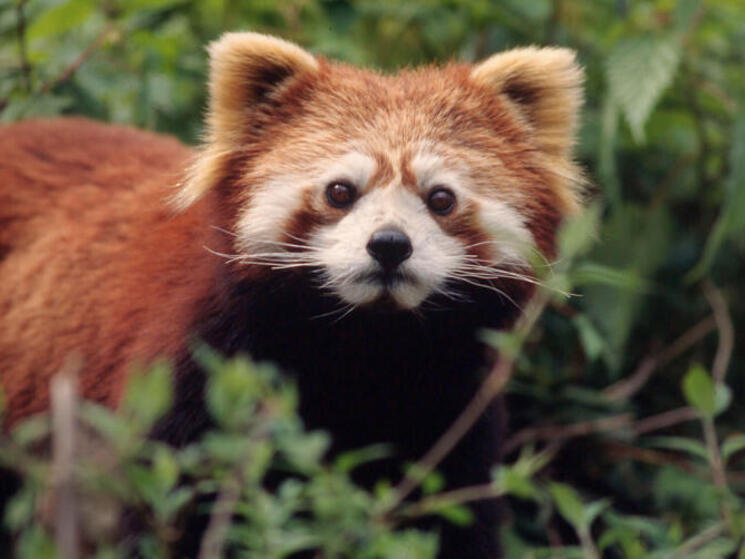 No trip to China is complete without a visit to see the giant panda, the country's unofficial symbol.

But dozens of other wildlife species are found in China too, including these five that you may spot while on a WWF tour.

Red panda: The bear-bodied, thick-furred species has little resemblance to its distant cousin except for the false thumb it both possesses, which is actually an extension of the wrist bone. The skillful, acrobatic animal stays predominantly in trees, using its tail for balance, and descends to the ground headfirst.

Asiatic black bear: Also known as the moon bear, the Asiatic black bear is easily recognizable thanks to a patch of whitish fur in a crescent-shape on its chest. The species has seen a precipitous decline in its population because of poaching—bear organs are used in traditional Chinese medicine.

Sichuan takin: A goat antelope, the Sichuan takin has a thick golden coat and upturned horns. It makes its home in the mountains during the summer—when it forms large herds—and moves to lower elevations in the winter—when it breaks up into smaller groups.

Blue eared pheasant: The blue eared pheasant has a striking red face, gray-blue feathers, and distinctive white “ears.” This large, hardy bird does well in mountainous forests and is found throughout China.

Travel to China with WWF.