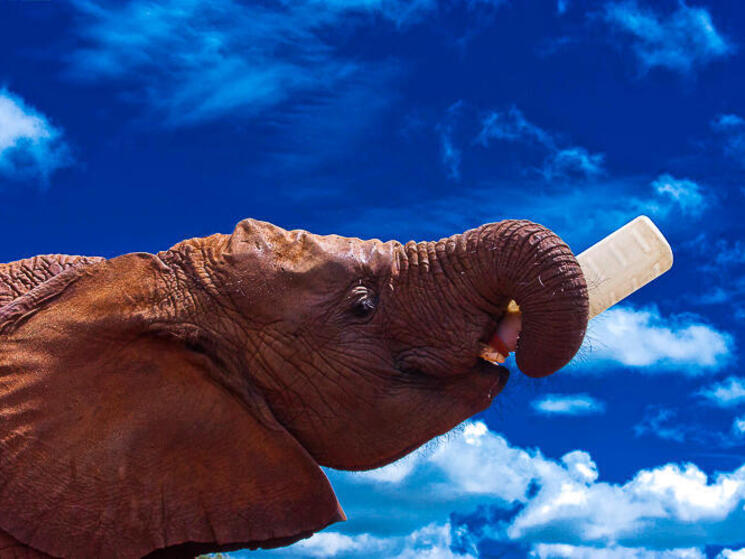 Healing The Hearts of Kenya's Orphans

During her travels to East Africa, photographer Robyn Gianni fell in love with the baby elephants that inhabit an orphanage outside Nairobi. The David Sheldrick Wildlife Trust is a sanctuary for orphaned animals, most especially elephants. It’s one stop on WWF’s tours in Kenya. In this essay, Gianni tells us what she learned about the rehabilitation of abandoned baby elephants and why the orphanage holds so much meaning for her.

During a long period of rain, I drove along the flood-soaked roads of Nairobi to the entrance gates of the Nairobi elephant orphanage. Looking through the broad iron gates, I found it difficult to imagine that this was a haven for the orphaned victims of the illegal ivory trade. But for infant elephants that were once abandoned and alone, with little chance of survival on their own, life behind the gates now seems far more certain. Kenya’s orphans have a home.

The rescued elephants, I learned during my first visit, are still dependent on mother’s milk for their nutrition. Like human babies, milk dependent orphans require a special formula and feeding every few hours. Their keepers serve as surrogate mothers and stay with them around the clock. Each night the nursery babies return to their stable with a keeper alongside.

Having had no expectations what an elephant orphanage would be like, these nursery babies taught me so much about what elephants really care about: each other. With nurturing love and care and a life free from fear, these delicate, wounded souls rely on the stability from the close bonds they share with their keepers and with other orphan babies in the nursery.

Keepers, along with the other orphans, now represent a “family,” which is a critical stage in an orphan’s development during infancy. Here they learn to be psychologically stable. Without this stability, they risk rejection from the herds when returned to the wild.

The nursery babies are under high watch. They are blanketed, fed and held. During the day, they walk as a herd with their keepers. Not for a minute are they left unattended.

The young elephants live at the nursery until they are approximately two years old. At that time they will then make their way to one of the trust’s two rehabilitation facilities at Tsaco East National Park for the next stage of their lives. At the Ithumba and Voi rehabilitation units, they will learn how to integrate with the wild elephants. And when they are ready, they will return back to the wild. As with all elephants, their future is uncertain. But at least now they have a fighting chance to survive.

A Lifetime of Elephant Memories
School of Thought: 10 Things Kenya Taught Me
Kenya or Tanzania: Which to Choose?