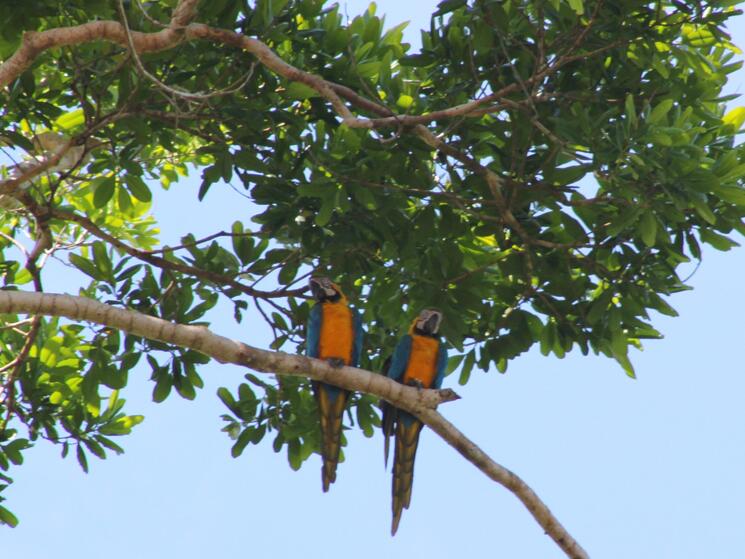 Photo Diary: A Morning in the Amazon

The fourth day of our Great Amazon Voyage presented a special treat: a visit to the largest reserve in Peru. Compared to the Amazon River basin closer to the city of Iquitos, the difference in wildlife and trees found in the Pacaya-Samiria National Reserve was considerable. Thicker trees and of more variety. Dozens of bird species popping up at a moment’s notice. More mammals and fewer humans.

Spend the morning in the reserve with us during this slideshow diary.

If you liked this article, you might also enjoy:
Slideshow: 441 New Amazon Species Discovered Since 2010
One Amazonian Protects the Future of Nature
Tracking Rhinos in the Namibian Desert: A Diary