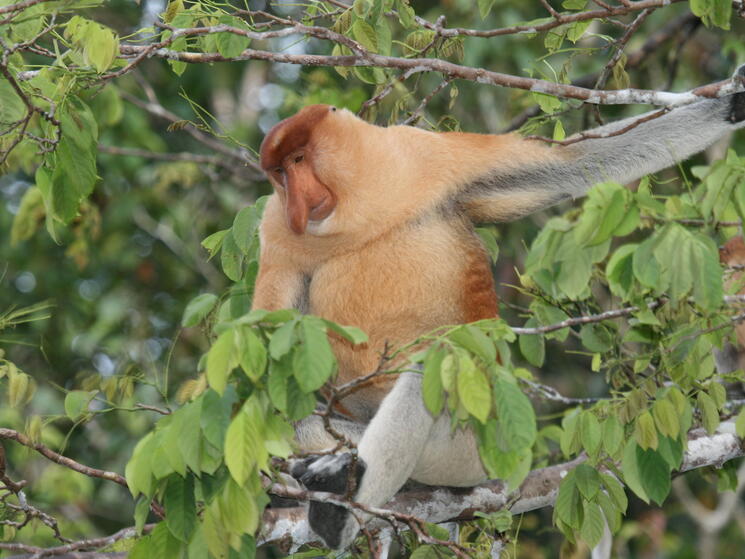 WWF's Ame Hellman accompanied  our most recent trip to Borneo. She spoke to WWF Travel about her impressions of one of the wildest places on Earth.

WWF Travel: What was your favorite animal sighting?
Ame Hellman: Seeing the pygmy elephants in the Kinabatangan River. We took a small boat to explore the river, and when we came around a steep bend there they were—at least six of them, playing and taking baths with one another. We watched, transfixed, for at least an hour. They were completely oblivious to us. The highlight came when the larger young male began “dunking” the other and holding him underwater sort of like hide and seek. They continued this back and forth dunking until they finally made their way to the shore and followed the rest of the herd into the jungle.

WWF: What surprised you most about Borneo?
AH: The threats. Before I arrived in Borneo, I imagined the threat of encroaching oil palm plantation development to be typical of most habitat fragmentation threats—apparent but not overwhelming.  Borneo to me remained, in my mind, one of the last untouched forests on earth. What I found was quite the opposite. As we made our way up into the primary forests of the island, we drove for hours through miles and miles of oil palm plantations. Those, along with other forms of deforestation associated with abundant logging operations, were much worse than I had imagined prior to seeing it on the ground.

WWF: What did Borneo sounds like?
AH: Borneo sounded alive—especially in the primary forest of Danum Valley. Every morning I was awoken to the howls and hoots of the gibbons and loud birds everywhere. The rain came down so hard one afternoon that it literally sounded as though the roof above us was going to collapse.

WWF: What did you take away from this trip?
AH: I left Borneo knowing that time is of the essence in our struggle to protect what’s left of one of the planet’s most important tropical rain forests. The threats are overwhelming and Borneo is a place where you literally feel as though you are on the “front line” of conservation action.  If we don’t act now, places like this could be lost forever and species like the Sumatran Rhino could disappear. I left Borneo with a clear sense of purpose about why organizations like WWF are so important.