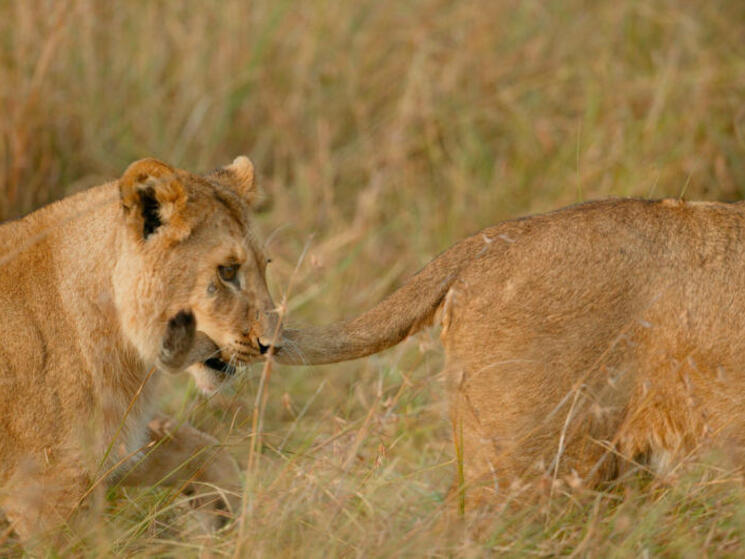 One of the world’s foremost wildlife destinations, Kenya dedicates a great deal of its land to nature reserves. Our guest blogger Dean J. Tatooles recently traveled across Kenya and shares with us 10 of his lessons learned.

1. Despite studies to the contrary, I saw water swirl clockwise north of the equator and counterclockwise south of the Equator. On my way through the Great Rift Valley to Nakuru, I stopped in a small town called Nanyuki, which is directly on the equator. My intent was to find out whether water really swirls in one direction above the equator and the opposite direction below—or it’s a myth, as many in the scientific community contend.

In Nanyuki, I encountered a “professor” (or at least that is what he called himself) whose job was to answer this very question for curious tourists. The Professor took me 15 feet north of the equator, funneled water into a bowl and floated a matchstick on it. Sure enough, the matchstick circled clockwise. We then walked 30 feet south, positioning us south of the equator, and repeated the experiment; the matchstick swirled counterclockwise.

And what happened when we stood directly on the invisible line that bisects the Earth? The matchstick remained perfectly still.

2. Watch lions’ tails closely. If a lion lashes its tail up and down several times in a row, a charge is imminent. It’s a great clue, especially when you’re observing an animal that spends about 20 hours a day lounging around, to conserve energy.

3. Keep one hand for yourself and give one to your safari vehicle. If you ever traveled on a ship in choppy water, you know what it feels like to get tossed around. Traveling off road in a safari vehicle can be similar. While in the Maasai Mara, I went airborne out of the top of our Landcruiser when we traversed a concealed ditch. Luckily, the only major injury was to my ego!

4. If required, obtain a visa before you leave. Tourist visas are available for Americans and other visitors at the airport in Nairobi. I would suggest, however, that you try to acquire yours ahead of time through the Kenyan Embassy or a consulate. Visa lines upon arrival can be outrageously long—as I experienced.

5. Elephants hate the color white. To them, white is a sign of danger, frequently triggering an elephant to seemingly act aggressive, our guides told us. We’ve heard stories of elephants tearing up white signs or billboards that were painted white. It’s a good rule of thumb to wear neutral tans and khaki colors on safari, to blend in with your environment and not attract insects—but definitely don’t wear white.

And if you find yourself donning a white T-shirt and you’re near an elephant? Take your shirt off, drop it and move away.

6. Bring a long camera lens with you. Travelers always complain that the animals shown in their photos look so small. My advice is simple: Take a camera with no less than an 80mm to 200mm lens with you on your trip. You won’t be sorry. As a wildlife photographer, I rarely shoot any animal images in Africa at less than 80mm.

7. Kenya has some of the best Indian food I’ve ever eaten. People have frequently asked me, “What do you eat in Kenya?” Interestingly enough, Indian food! Kenya has a long, rich history of Indian culinary culture from its days as a British colony. Spicy curry dishes are common, and rice is almost a staple.

9. Locking the doors at your lodge isn’t to protect you from other people. One afternoon in Amboseli National Park, a male baboon paid a visit to my room. I had closed the door but failed to secure the latch. Bad move. The door swung open as I was getting ready for my next safari outing, and the baboon came right in, making a beeline for the sugar packets next to my coffeemaker.

10. Wear sunscreen. We all know that Africa is warm, but Kenya takes in even more direct sun rays because of its position on the equator. Even when overcast, you should frequently apply sunscreen to avoid looking like a scarlet-chested sunbird, like I did.