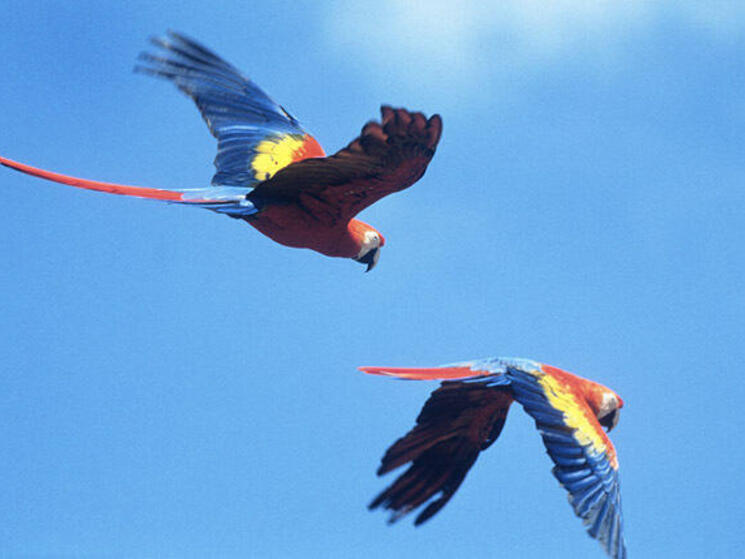 School of Thought: 10 Things the Amazon Taught Us

Like with so many aspects of life, it’s the little things that count – and the little things you remember long after your travels have ended. In our new feature “School of Thought,” we take a trip down memory lane with WWF staff to see what they remember learning in the places WWF has visited on tours over the years.

In our first installment, WWF’s Elissa Poma and Marsea Nelson together tell us what they learned when they visited the world’s largest rain forest on WWF’s Amazon Voyage.

1) Digital cameras help cross language barriers. My Spanish speaking skills are limited, to be sure, but my digital camera provided a great opportunity to interact with people. When we visited small villages along the Amazon River, kids would be anxious to have their photos taken because they wanted to see themselves on the screen afterwards. It allowed me to make connections with them even though we didn’t speak each others’ language. And I got some great shots.

2) Toucans actually exist in the wild. Sure, intellectually, I knew this before my trip, but it really felt surreal to see such an exotic looking bird flying overhead. I can’t even recall ever seeing one in a zoo beforehand—just on my cereal box!

3) Plants live in a cutthroat world. Trees might look like they live in harmony, but they do whatever needs to be done to get the most sunlight. They’ll bend and twist and climb over each other, and those that can’t cut it, don’t last.

4) Without the Amazon, the world would be a much different place. About 20 percent of the world’s oxygen is produced by the Amazon. And it’s the source of one-fifth of all free-flowing fresh water on Earth. At current rates, 55 percent of the Amazon’s rain forests could be gone by 2030—a looming disaster not only for the region’s plants and animals, but for all of us.

5) Sloths only climb down a tree for one thing. Once a week, they descend just to defecate.

6) Even dredged in flour, fried in a big vat of hot oil and served with ample salt, pepper and lime juice, the piranha is not a tasty fish. You won’t be seeing it as the secret ingredient on “Iron Chef” anytime soon.

7) Few animals in the Amazon have so much mythology surrounding them as the pink river dolphin. At night, the endangered mammal morphs into a good-looking guy, seduces teenage girls, impregnates them and then shape-shifts back into the form of a dolphin before sun up.  Fortunately, most of the locals don’t believe this anymore. They do still think, however, that if you make eye contact with a river dolphin, you’ll have nasty nightmares for the rest of your life. And one myth we’re all fortunate they still believe: It’s bad luck to kill one.

8) A hand fan is a better secret weapon against mosquitoes than repellent. Mosquitoes are a fact of life in the Amazon, and they’re more welcoming of tourists than any other living being in the rain forest. Waving a hand fan keeps them out of your face better than mosquito repellent or netting. Your arm will get tired, though.

9) Scarlet macaws are monogamous. As we learned one morning at sunrise when 20 of the gorgeous crimson birds soared, two-by-two, overhead our skiffs as we cruised along the water’s edge, they pair up for life.

10) Most of the logs floating past us downriver were illegally harvested. Whether they were unaccompanied or strung together and attached to a dug-out canoe piloted by a local, the logs were all headed to a factory in Iquitos to be illegally sold.