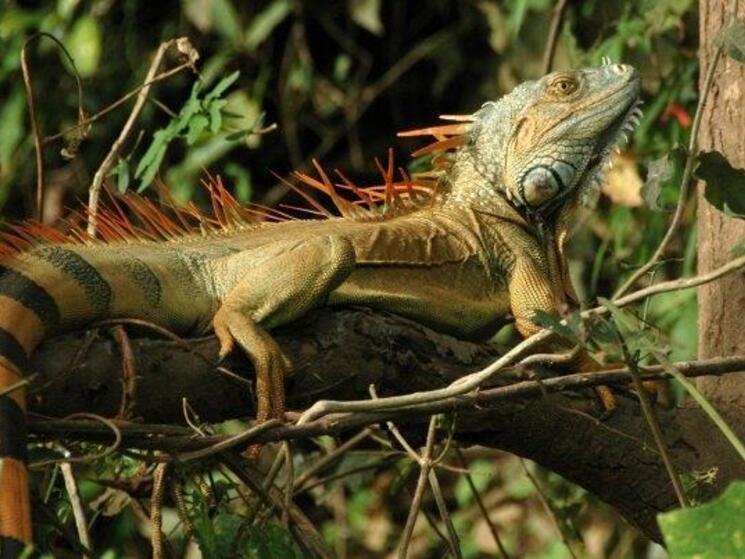 WWF's Elissa Poma accompanied a recent WWF tour to Costa Rica. Among what she learned:

8. Monteverde was founded by Quakers. Back in the 1950s, a group of U.S. Quakers avoided being drafted in the Korean War by fleeing into the lush cloud forests of Costa Rica. They chose Costa Rica because it was a pacifist nation, settling in to what is now Monteverde. They began by farming the land then smartly decided to set aside the land for conservation. It later became the Monteverde Cloud Forest Preserve.

7. “Pura vida” is not just a tourism slogan. It’s a way of expressing just how good you are—and how well your spirit and your community and your life are in general. Literally meaning “pure life,” Costa Ricans use the phrase as a way of saying “hello,” good morning or even answering the question “how are you?” I felt like I fit in when some asked me “Como esta?” and I answered “Pura vida.”

6. Nearly a mile across, the Poas Volcano crater is the most active crater in the world. We were lucky to see the action when the fog burned off during a short visit to the volcano near San Jose. We caught a small glimpse of the emerald green, burbling, sulfuric lake below the observation deck. Steam snaked its way up through the fumaroles in the ground.

5. The Jesus Christ lizard actually can walk on water. When the punk rocker-looking lizard—more commonly called a common basilisk—feels threatened, it can splay out large fringes on its hind legs, increasing the surface area of its feet, and run across the surface of a river for 65 feet or so.

4. Education is highly valued in Costa Rica. The nation has one of the highest literacy rates in the world— 96 percent—and school is mandatory through 11th or 12th grade. It was clear that the “Ticas” value not only their own people learning but also seeing travelers learn in their land as well.

3. Accupressure bands are excellent at preventing motion sickness. The roads up the mountains to Monteverde are bumpy, unpaved and narrow. Those very few of us (read: me and one eight year old) with sensitive dispositions were well off sitting in the front of the bus, munching on salty plaintain chips and keeping our eyes firmly fixed on the gorgeous views out the the front window.

2. The quetzal is easier heard than seen. We tuned in to the suave, melodious songs of the Technicolor trogon echoing through the trees during a trek through the Monteverde Cloud Forest, but we never laid eyes on him. They tend to hang out high in the canopy, swooping down to human eye level on occasion—mostly when chasing a female.

1. Even monkeys have feelings, too.After lunch one afternoon at a local hacienda, we ventured out back to walk among the hard-dirt trails that wove through a small grove. We happened upon a group of 15 or so howler monkeys, crawling through a scratchy mess of branches maybe 25 feet up. One howler monkey caught our attention in particular—a mother with an unusual white mass clinging to her breast. Turns out, it was a baby capuchin monkey, and the female howler appeared to have adopted him. Our native Costa Rican guides Jenny and Gustavo said it was the first time they ever saw that.

Travel to Costa Rica with WWF.