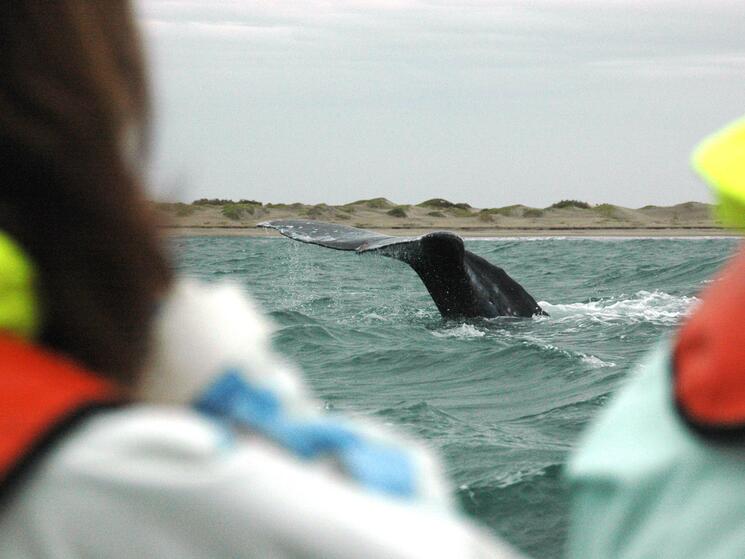 School of Thought: Five Things I Learned in Baja California

During a week spent in Baja California I swam, snorkeled, hiked and kayaked. I soaked up the sun, practiced my Spanish with locals and saw incredible marine and wildlife including whales, dolphins and even a black jackrabbit.

Here are some of the things I learned during my adventure:

1) To differentiate between sea lions and seals look at the ears. While both are pinnipeds (fin-footed mammals), sea lions have ear flaps, seals don’t. Another difference is that sea lions have large front flippers and can pivot their hind ones, so they can walk on land.

2) To get the best photograph of a sunset, zoom in. I was on the deck one evening, trying to capture the stunning sunset with my modest digital camera. Naturalist and photographer Carlos Navarro came up to me and suggested zooming in as much as I could. Wouldn’t you know it, the photo is one of my best from the trip.

3) The Gulf of California is the source of nearly 60 percent of Mexico's total annual fish catch. Overfishing, however, is now blamed for dramatic declines in shark, ray and other fish stocks. A scary thought, both for the ecosystem as well as the six million people who depend on the fish for their sustenance and livelihoods.
4) A dab of liquid soap, spread around the inside of a snorkel mask, keeps it from fogging up. This tip came in real handy, especially when I was swimming with sea lions!
5) You can tell a whale species by the blow from its blow hole. Even before we got close enough to see it’s pruny skin, the ship’s naturalists identified our sighting as a sperm whale. Its blow hole is on the front of its huge head on the left side, so the blow is at an angle of about 45 degrees forward and to the left. They are the only whales that blow this way.
Travel to Baja California with WWF.
Subscribe to RSS Feeds