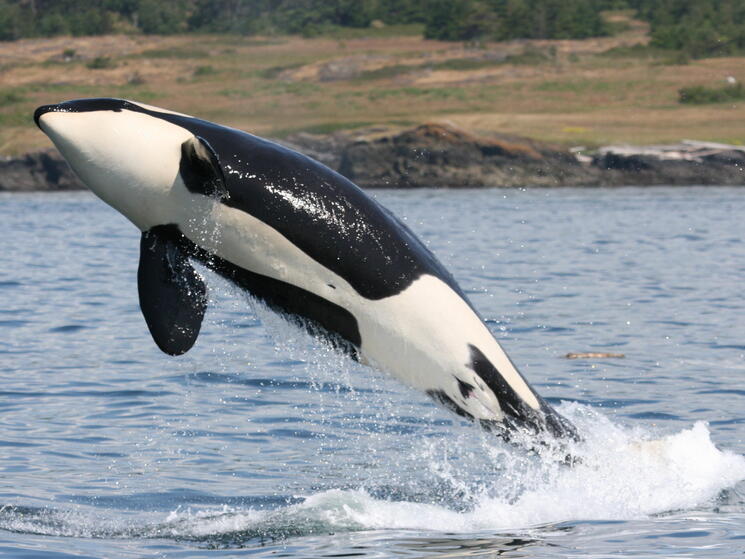 One of the most powerful marine predators, the orca, grows up to 32 feet (9.7 meters) in length—about the size of a school bus—and can weigh up to 6 tons (5,443 kilograms). Though the orca’s size intimidates prey, among its whale pod, the orca is a highly social animal that communicates through distinctive noises that only other members of the whale’s pod will recognize.

Habitat: Orcas patrol the world’s oceans and seas; there are few marine habitats that are uninhibited by orcas. Populations of orcas may drift through the warm waters of the equator to the glacier-filled seas of the Polar Regions.

Diet: Orcas snack on an assortment of fish, squid, seals and other marine life. They eat approximately 3 percent to 4 percent of their body weight daily. Some orcas are pickier and favor specific types of prey; for example, northeastern Pacific orcas strongly prefer to eat the Chinook salmon, a fish often prized by fisherman.

Threats: Orcas are also victims of whaling despite a ban on international trade of whales. Some fishermen view orcas as competition, as ocean pests who are decreasing fishery supplies, and intentionally kill the whales. Other issues threatening to change the orca’s marine landscape and diet include dangerous levels of toxic contaminants, irresponsible whale watching practices and oil spills. As biodiversity in the world’s oceans decrease, orcas face immense risk as they are at the top of the food chain.

Interesting Fact: The killer whale actually isn’t a whale at all; it is the largest member of the dolphin family. 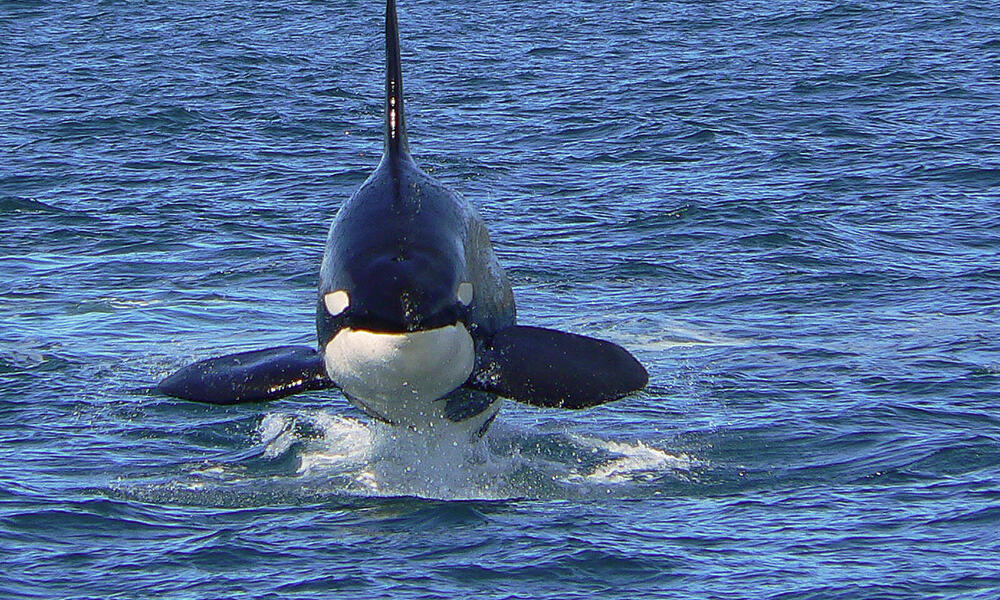 The largest member of the dolphin family, the orca is one of the top predators of the sea.