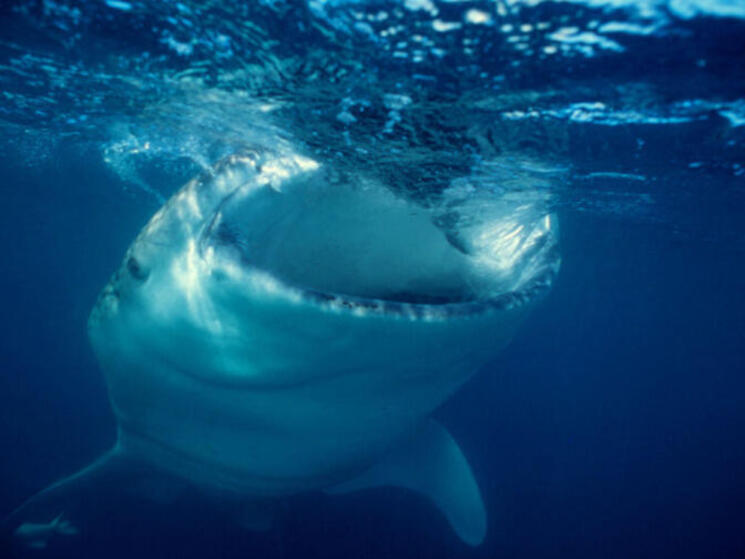 Swimming with Whale Sharks: ‘Calm to the Core’

Alvaro Hernandez jumps at every chance he gets to dip into the ocean with whale sharks. As a former senior fisheries officer with WWF’s Mesoamerican Reef team, Hernandez is among the researchers and conservationists trying to learn more about the elusive, massive fish.

We spoke with Hernandez from his office in Cancun, Mexico, about the first time he swam with whale sharks.

WWF: It’s a thrill to see a whale shark from a boat, but how is it different in the water?
Alvaro Hernandez: In a boat, you can see the mouth and head, but sometimes you can’t see the rest of the body. You don’t have an idea exactly how big it is. But when you’re in the water, and you see a whale shark coming to you, you suddenly understand!

WWF: What are your memories of the first time you ever swam with a whale shark?
AH: Aside from it being such a huge species that is so impressive? I remember the whale shark was so quiet. It was incredible to be near such a giant who is so silent. It’s a thrill, yet it really gives you a calm feeling to the core.

WWF: Is it difficult to keep up?
AH: You swim as hard as you can, kicking as hard as you can, just to stay six feet away, to look him in the eye. When you can’t keep up any longer, you just let him continue on, and you get to see the whole body, all the way back to the tail.

WWF: Were you able to look into its mouth?
AH: Oh, yes, absolutely! One whale was around 30 feet long, and his mouth was, maybe one yard open. I remember the mouth looked like a cave—so dark, you couldn’t see anything.

WWF: Was that frightening?
AH: Maybe it’s a little bit scary, but you know nothing will happen! They are very peaceful animals.

WWF: The waters near Holbox Island weren’t always regulated. Is it correct that fishermen used to let tourists ride on the backs of whale sharks?
AH: Yes, that’s true. The whale sharks then started to avoid those areas, and the fishermen would chase them with their boats. The sharks would get hurt by the propellers. When some researchers saw the practice, it became a concern.

WWF: And today?
AH: I’m very impressed by the guides there now. They make sure to tell you the rules, and you had to comply. For example, only two people are allowed to be in the water at a time [besides the guide], and they really enforced that. They seem to regulate themselves well.

Join a WWF tour to Mexico to swim with whale sharks.