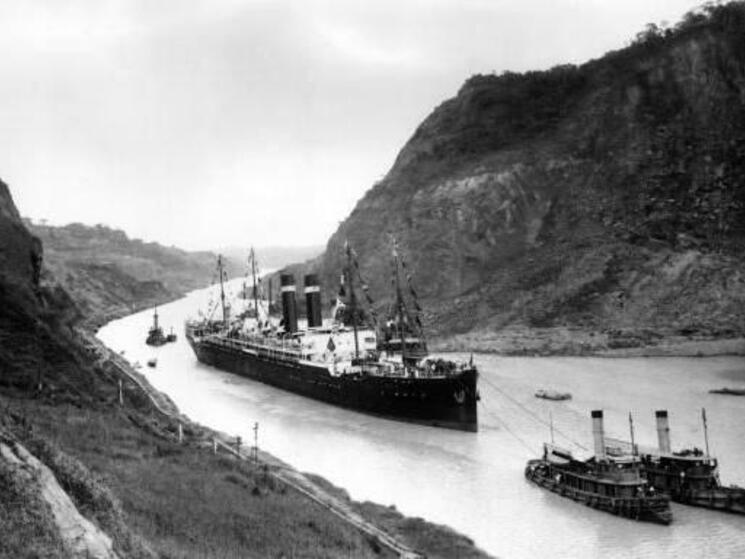 Ten Facts about the Panama Canal

In 1914 the Panama Canal joined the Atlantic and Pacific oceans, changing international trade forever. The 50 mile-long pathway through the Isthmus of Panama created a significant shortcut for ships that previously had to make the perilous journey around the southern tip of South America.

We’ve compiled 10 facts you might not have known about this engineering wonder:

10. The United States uses the canal the most, followed by China, Japan, Chile and North Korea.

9. Early planners of the canal wisely thought ahead, anticipating that the width of cargo ships would probably increase in the future. However, modern-day cargo ship widths in general are now exceeding that so-called “Panamax” benchmark, thus there are strict limits on which ships can fit through the locks. An expansion to double the waterway’s capacity is set to be completed in 2014.

8. The Canal transports 4 percent of world trade and 16 percent of total U.S.-borne trade.

7. In 1928 American adventurer Richard Halliburton swam the length of the Panama Canal. All vessels crossing the canal must pay a toll based on their weight, and Halliburton was no different. His rate? A whopping 36 cents.

6. More than 60 million pounds of dynamite was used to excavate and construct the canal.

5. The fastest transit was completed in 2 hours 41 minutes by the U.S. Navy’s Hydrofoil Pegasus in 1979.

4. In 1963 florescent lighting was installed, allowing the canal to begin operating 24 hours a day.

3. Nearly 20,000 French and 6,000 American workers died during the completion of the Panama Canal.

Visit the Panama Canal with WWF.