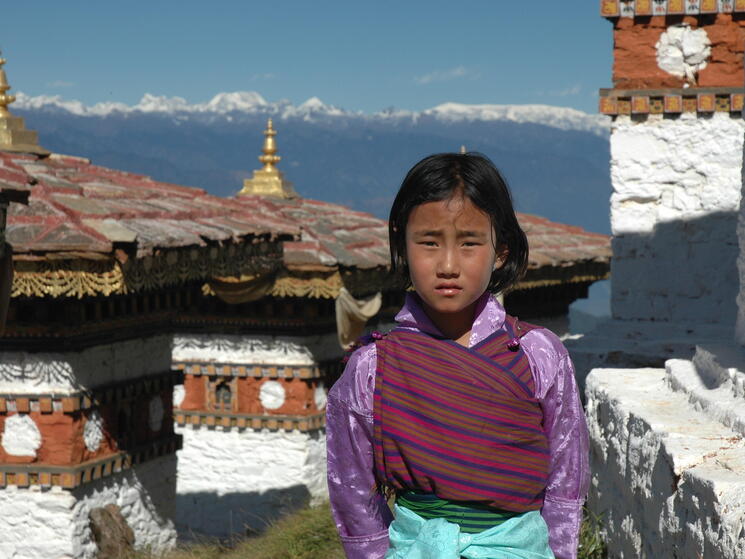 Until recently, the tiny Asian kingdom of Bhutan remained tucked away in total isolation from the rest of the world. That segregation helped to preserve its deep Buddhist traditions, importance of the family and pristine landscapes. It’s also made it a fascinating country to study.

10. One of 43 landlocked countries in the world, Bhutan is about half the size of the state of Indiana.

9. The word “Bhutan” translates to “Land of the Thunder Dragon.” It earned the nickname because of the fierce storms that often roll in from the Himalayas.

8. Bhutan is the first country in the world with specific constitutional obligations on its people to protect the environment. Among its requirements: At least 60 percent of the nation must remain under forest cover at all times.

6. Thimpu is one of just two capital cities in Asia that does not have a single traffic light. (The other is Pyongyang, North Korea.) There was such public outcry when local officials installed a single signal that it was quickly removed, and a traffic officer was re-assigned to the intersection.

5. Bhutan is the only nation in the world where the sale of tobacco is banned.

4. At 24,840 feet, Gangkhar Puensum is the highest point in Bhutan—and the highest unclimbed mountain in the world.

3. Bhutanese manners dictate that you are to refuse food whenever it’s offered to you. The tradition is to say the words “meshu meshu” and cover your mouth with your hands. You can give in, though, after two or three offers.

2. Anyone found guilty of killing a highly endangered and culturally sacred black-necked crane could be sentenced to life in prison.

1. Bhutan is one of the last countries in the world to introduce television to its people. The government lifted a ban on TV—and on the Internet—only 11 years ago.

Travel to Bhutan with WWF.