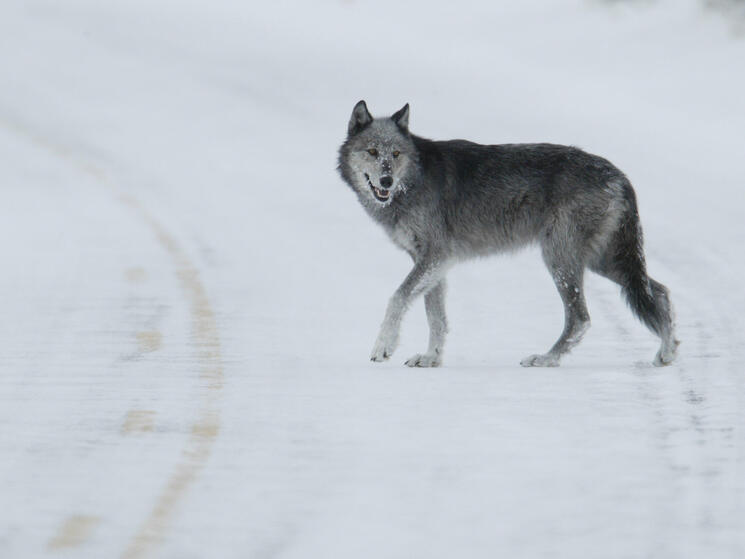 Gray wolves are considered to be elegant predators and highly social animals that form tight, nuclear packs. A symbol of the wilderness and the predecessors to our domesticated dogs, these majestic creatures are still plentiful in rural areas all over the world.

10. Once the world’s most widely distributed mammal, the gray wolf’s range has been reduced by one-third. Wolves are commonly killed in revenge after they kill livestock, or in fear of attacks on humans.

9. Gray wolves are carnivores that usually prey on ungulates much larger than themselves, such as elk, deer or moose, but will also eat smaller mammals such as beaver, rabbit or livestock.

8. On average, gray wolves will eat 20 to 30 pounds of meat in one meal, but have also been known to go up to 14 days between meals with no ill effects.

7. There are five subspecies of gray wolves in North America. Their coat colors can range from pure white to brown, gray, cinnamon or black.

6. Gray wolves travel in packs of four to seven, led by alphas—the mother and father wolves that track, hunt and choose dens for the pups or younger subordinate wolves. Wolves often mate for life.

5. Wolf pups are born blind and deaf, and must be cared for until they mature at around ten months of age.

4. Wolves typically hunt within territories, ranging from 50 to 1,000 square miles.

2. Wolves are frequently mentioned in human folklore. In Roman mythology, the Wolf-Goddess Lupa finds Romulus and Remus, future founders of Rome, as infants and nurses them until a shepherd took them in.

1. After the last wolf was killed in Yellowstone National Park in 1926, a wolf reintroduction program was implemented in 1995. The program is considered to be a great success—the wolves are reproducing at a rapid rate, and there are currently around 100 wolves in the park.

Search for gray wolves on a WWF Yellowstone Safari.