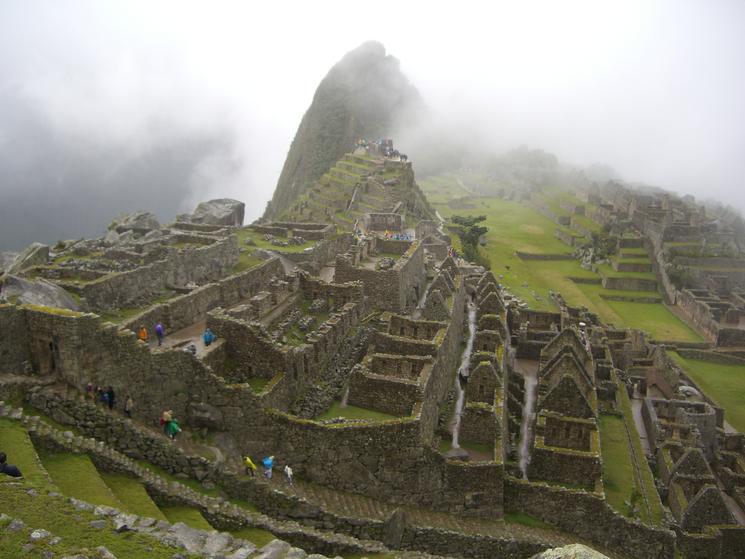 More than 7,000 feet above sea level in the Andes Mountains, Machu Picchu is the most visited tourist destination in Peru. A symbol of the Incan Empire and built around 1450AD, Machu Picchu was designated a UNESCO World Heritage Site in 1983 and was named one of the New Seven Wonders of the World in 2007.

9. Machu Picchu is made up of more than 150 buildings ranging from baths and houses to temples and sanctuaries.

8. The compound contains more than 100 separate flights of stairs. Most of the individual staircases were carved from one slab of stone.

7. Although many of the stones that were used to build the city were more than 50 pounds, it is believed that no wheels were used to transport these rocks up the mountain. Rather, it is thought that hundreds of men pushed the heavy rocks up the steep mountain side.

6. Many different theories exist about Machu Picchu’s purpose—a royal estate and a secret ceremonial center among them.

5. The Incas were some of the best masons in the world. The structures were so well built with a technique called ashlar (stones that are cut to fit together without mortar) that not even a knife blade can fit in between stones.

4. Machu Picchu was only known locally until Yale Professor Hiram Bingham re-discovered the site in 1911. His book, The Lost City of the Incas, was based on his findings.

3. A long-standing dispute between Peru and Yale University has existed over the artifacts collected by Bingham during his exploration of the site. Yale maintains that they own the items while Peru insists they were given on loan.

2. Machu Picchu was an astronomical observatory, and its sacred Intihuatana stone accurately indicates the two equinoxes. Twice a year, the sun sits directly over the stone creating no shadow.

1. Unfortunately, most cities built by the Inca civilization were destroyed by the Spanish conquest. Machu Picchu was in a hidden location—invisible from below—and not found, making it one of the most well-preserved Inca cities and an archeological gem.