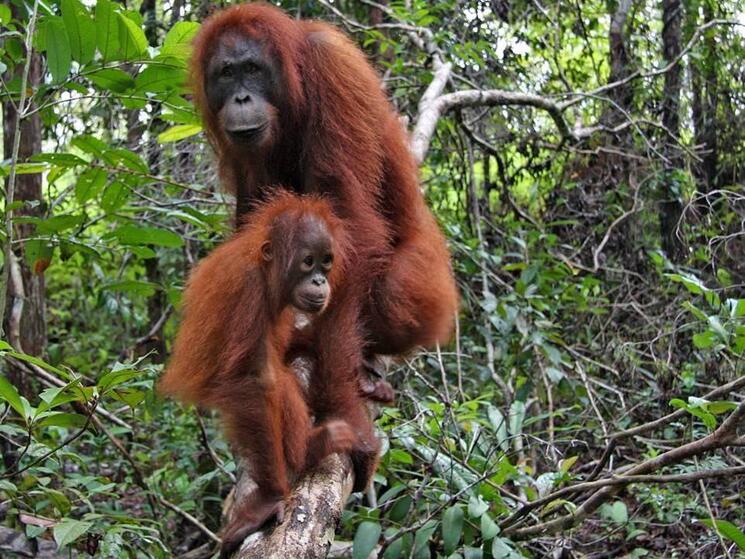 Where: Deep in the rain forests of Central Borneo in the Tanjung Puting National Park.

What’s there: A full-service research center where visitors can observe ex-captive orangutans that have been returned to the wild but are not entirely independent. In the 1970s and 1980s, Camp Leakey also served as a rehabilitation center. Currently, orangutans who need medical or other care after being confiscated from homes, black markets, the entertainment industry or abusive zoos are taken to the Orangutan Care Center, just outside of Tangung Puting. The orangutans we’ll see are the last of those rehabilitated at Camp Leakey, as well as their offspring and possibly wild orangutans as well.

How you’ll get there: During our Borneo: Faces in the Forest voyage, you’ll disembark the ship and transfer to traditional covered riverboats called klotok. The guided motorboat ride up the mangrove-lined Sekonyer River takes 2 ½ hours, with fascinating wildlife—including long-tailed macaques, proboscis monkeys and a profusion of birds—along the way.

Keep your eyes peeled for: You’re almost sure to see orangutans at feeding platforms; camp staff supplements the diet of the free ranging orangutans with fruit. Guides will be on hand to offer interpretation, perhaps even Galdikas herself.