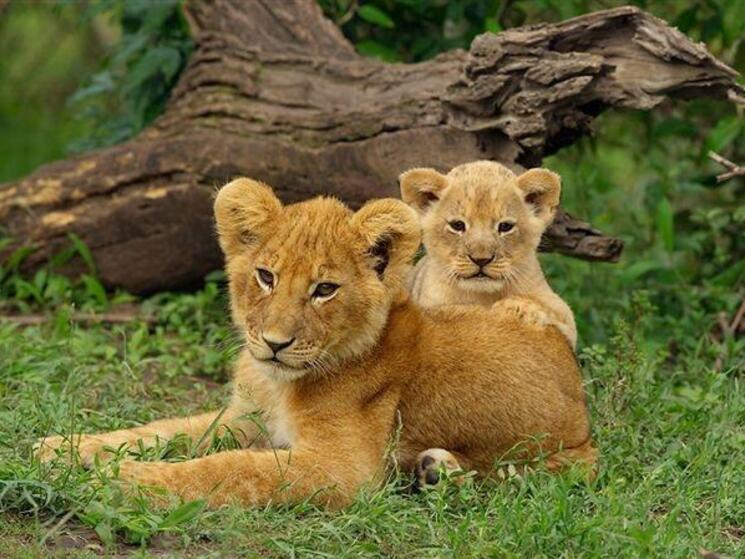 As a professional travel and wildlife photographer, I am frequently asked the same question: “How do I take better pictures of animals?” My answer is usually always the same. There is no perfect recipe, but there are some things you can do that will substantially improve your end result. Here are 10 rules that I live by, with photos from recent trips to Africa and Antarctica to illustrate the points.

10. Vary your lens choice. A common misconception is that you need the longest lens possible to get the best wildlife images. In some cases that is true, but there are many situations in which a wider lens is more desirable. For example, I found myself grabbing for a wider lens in Africa to capture a gerenuk feeding on a small acacia in the rolling hills of the savanna. A nice tight headshot is always wonderful, but incorporating the animal’s native environment into the composition in this case was even more pleasing.

8. Use a small bean bag when shooting from a vehicle. Often times you cannot get out of your vehicle to capture an image—typically for safety reasons. When a monopod or tripod is not an option, a small bean bag can be very helpful to stabilize a camera with a longer lens. These portable bags can be found at most camera shops and can be filled and emptied right on location (so weight is not a concern).

7. Get lower and more into the animal’s environment. Most animals we like to capture on film live close to the ground. A common mistake is to always shoot down on the animal while you’re on foot or in a vehicle. For a more interesting composition, try immersing yourself into the wildlife's world by getting lower. I spent most of my time in Antarctica sitting or lying down (in less than desirable conditions) to capture images of animals, including the baby fur seal below, from their point of view.

6. Tweak the ISO to increase shutter speed. To stop animals in their tracks requires fast shutter speeds. To get sharp wildlife photos requires a certain amount of depth of field. To obtain the right balance of both requires patience and calmness. It can be difficult and, at times, frustrating.

I generally like to capture wildlife images at f8 or f11 to maintain sharpness. This can result in undesirable shutter speeds when the ISO is set at ISO 200 or even ISO 400. To combat the problem, I tweak the ISO settings manually to ISO 800 and beyond until I obtain an acceptable shutter speed. This technique usually provides an acceptable solution, but may result in increased grain or digital noise depending on your camera’s low-light capability.

In shutter priority mode, you can select your desired shutter speed and let the camera take care of the rest automatically. This is particularly helpful when depth of field is really not a concern and you want to freeze an animal in action—such as the saddle-billed stork seen here feeding on an unlucky frog.

In aperture priority mode, you can adjust the extent of your desired depth of field and let the camera take care of the rest automatically. As mentioned in tip No. 6, I use this setting all the time to ensure that the whole animal remains in sharp focus, and I always make sure to fine tune the shutter speed if the camera automatically sets it too slow.

In aperture priority mode, you can adjust the extent of your desired depth of field and let the camera take care of the rest automatically. As mentioned in tip No. 6, I use this setting all the time to ensure that the whole animal remains in sharp focus, and I always make sure to fine tune the shutter speed if the camera automatically sets it too slow.

The photo below of a king penguin on South Georgia Island is a good example. My focal point was centered directly on the penguin’s eye. The eye is so sharply in focus that you can see me capturing the image in its reflection if you look real close.

3. Check histograms and use exposure compensation feature. A picture is no good unless the exposure is correct. Be sure to check your histograms often to avoid “blowing out” highlights or underexposing an image. A highlight is “blown out” when the brightest part of the image (such as bright white clouds) are flat and without any detail. You can avoid this by making sure your histogram is not too far to the right on your camera display. An image is underexposed when it appears darker than normal. An underexposed image can be avoided by making sure that your histogram is not too far to the left.

A proper histogram should look like a bell curve in the center of your camera’s display screen. To achieve a nicely centered bell curve, fine tune your exposure by using the exposure compensation feature. This is the little plus-minus button (+/-) found on the camera’s body or within the camera’s menu section. This will greatly help you improve your end result.

2. Shoot in Continuous Mode. Many photographers often say to me, “Wow what a shot! What timing! How did you get so lucky?” Undoubtedly, capturing a great photo is indeed part luck, but there is also a little secret I can share with you that will greatly improve your chances of getting an image, like this one of a leopard in a tree in the Maasai Mara in Africa: Shoot in “continuous mode.” You have a better chance of freezing wildlife engaging in interesting activity with short bursts rather than doing so one frame at a time.

1. Respect an animal’s space. Get close, but not too close.

This is not a tip per se, but it is included as No. 1 for an important reason. We must remember that we are all just guests while visiting a wild habitat. Please always respect an animal’s personal space. The average animal needs at least 15 to 20 feet.

Getting close to your subject will undoubtedly improve your ultimate composition, but it goes without saying that no one should place themselves in danger just to get a picture or otherwise disturb any animal in its natural habitat.

Sometimes, as seen below in a king penguin rookery on South Georgia Island, an animal might even come up to you if you wait quietly and patiently.

On the other hand, forcing yourself into an animal’s world can create serious problems. Recently, I witnessed a cheetah mother lose her cubs when a vehicle got stuck in mud too close to the family and separated them from each other. It was tragic to hear the mother’s desperate call for her young before darkness fell in the Maasai Mara, placing the cubs in extreme peril.