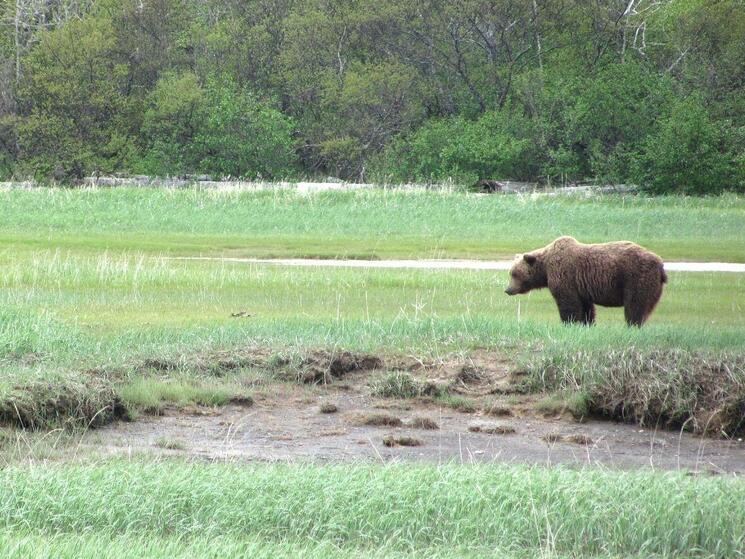 “We were walking along the wet, marsh-like grasses and along the shoreline on Katmai for only about 10 minutes when we encountered this male. We were a good distance away from him, and he looked up at us a few times, but he wasn’t interested in us in the least. There were a few other bears just off to the side, outside this frame. A little later on, we saw the bears play-fighting and even saw this male play-mating (or at least that’s what our guide told us!). But check out that hump on his shoulders—it’s huge and all muscle. I would never want to encounter this guy closer up.”

See bears on tour with WWF.