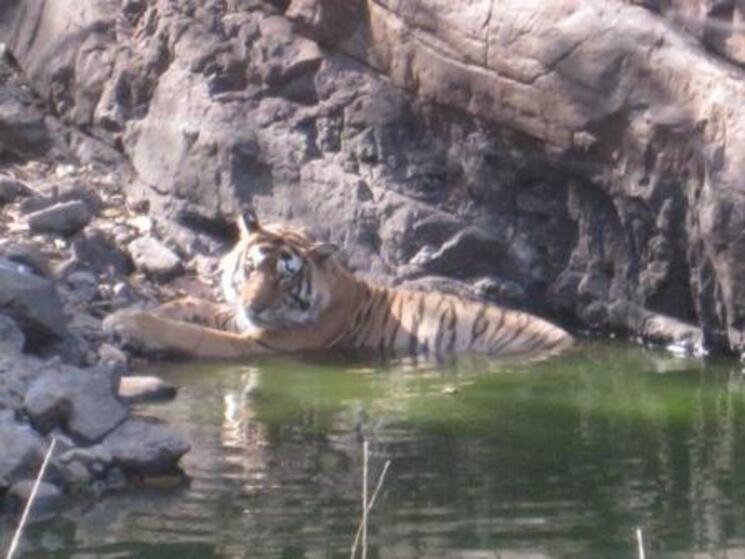 “Around 6:45 a.m., we came upon a beautiful tiger lying in a natural water spring—a three year old, according to our guide. He had obviously been eating, based on the fact that flies covered his face—and they were really irritating him. He had a fresh kill nearby and leaped up to scare away the crows that were infringing upon his meal in the bushes.

“After this photo was taken, he left the water and went into the bushes to roll around. You could hear the thrashing and see an occasional paw and leg peek out from the bush.”

Travel to India with WWF.