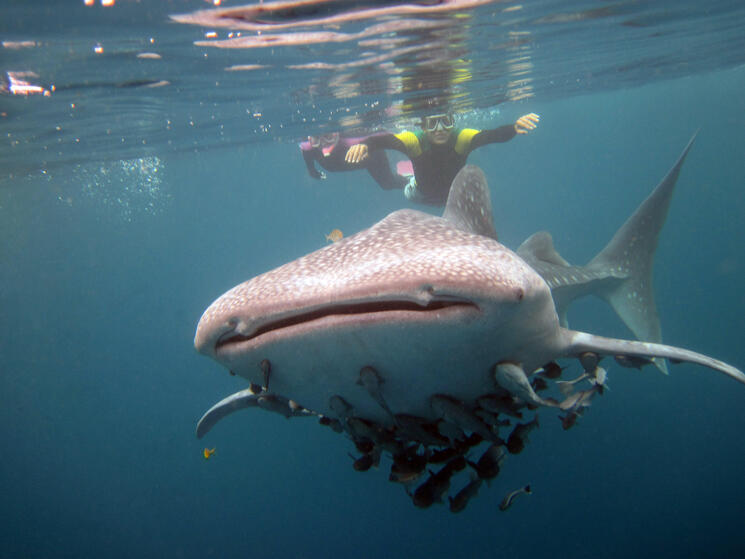 The narrow wooden boat glides smoothly through the Philippine waters. Nervous tension hangs in the air; your eyes scan the waters for signs.

Butanding is the Tagalog word for a whale shark; it’s also what they call a whale shark officer. One of the officers shouts--he sees a shadow in the water. Suddenly the boat jerks into motion, chasing the whale shark but never getting ahead of it. You would think you were with a team of navy seals by the speed and swiftness of the operation. “Dive in!” he shouts, forgetting the boat hasn’t come to a complete stop.

The boats stops. You dive in.

The blue-grey waters engulf you while small schools of fish swim by. With your snorkel gear in place, you kick a bit more and turn. In the shadow of a giant, you have to remind yourself to breath in. The giant, spotted, plankton-eating mammal looms into view, five feet away.

“We’re like a fly to them, as long as we don’t touch or bother them, they aren’t disturbed by humans. You’ll never forget seeing a whale shark.”

Travel with the WWF to the Philippines on Snorkeling Adventure.