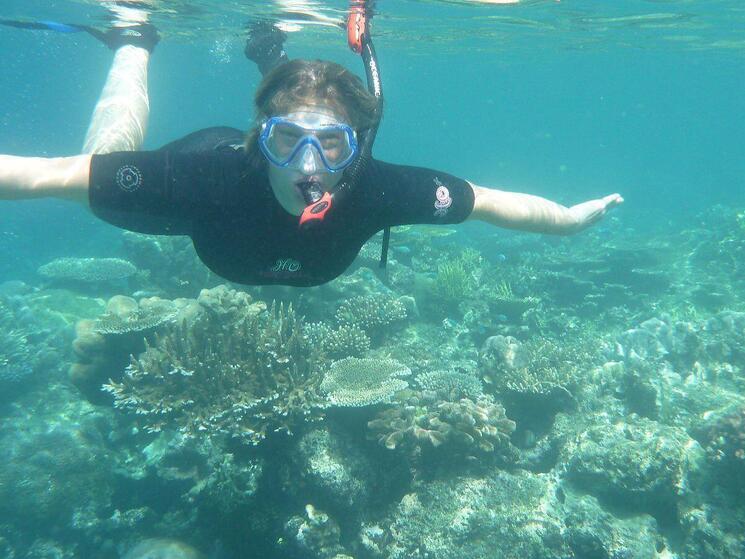 Where We've Been, Where We're Going: Sybille Klenzendorf

I grew up in Germany and had parents who loved to travel. Early on—I think the 6th grade—they sent me on student exchanges to France and England where I met so many people from other countries. The other students told stories from their home countries and invited me to visit so I did. When I was in 11th grade my parents moved to America. Every vacation we would visit another magical place in North America.

2. What's been your top natural spot to visit?

That is a really tough choice. Through my job at WWF I have been able to visit some of the most amazing wild places in the world. I have always been drawn to mountains since I spent so much time in the Alps growing up. The most moving places therefore have been Everest and the K2 base camps. Another favorite was hiking the final 5 miles of Shakeltons traverse of South Georgia. We did that hike in brilliant sunshine and clear visibility, a rarity in South Georgia.

I am torn between K2 base camp in Pakistan or South Georgia/Antarctica. I had worked in Northern Pakistan for a summer studying the last remaining Himalayan brown bear population on the border between Pakistan and India. For two months I trekked up there with one guide and one cook to find a few radio-collared brown bears. A few times I feared I would not come back due to frequent avalanches and deep snows, but this experience shaped my life since it probably was one of the deciding factors that earned me a job at WWF.

I have been fortunate to have already visited some of my top dream locations like South Georgia, Galapagos, Serengeti and the Coral Triangle. My list now includes seeing the great apes of Central Africa, New Zealand's South Island and polar bears in Svalbard.

5. Tell us about one of your best observations of an animal?

One of my earliest jobs was as biologist assistant in Katmai National Park in Alaska. Throughout the summer brown bear congregate at a waterfall there to feed on salmon. One of the most memorable days was a female with three cubs teaching her young how to catch salmon. The failed attempts of the cubs chasing after the salmon splashing in the water has stayed with me for the last 20 years.

6. What's one item you never leave home without?

Earplugs. On my first international trip on my own (backpacking through Indonesia in 1991) I did not have them and paid for it while visiting remote villages with packs of semi-domestic dogs that barked all night. Tough to get shut-eye in that raucous environment.

7. What's your best or most frequently used eco-friendly travel tip?

Bring a water bottle and iodine tablets or water filter. Plastic bottles are one of the biggest pollution problems in natural spaces I have visited.