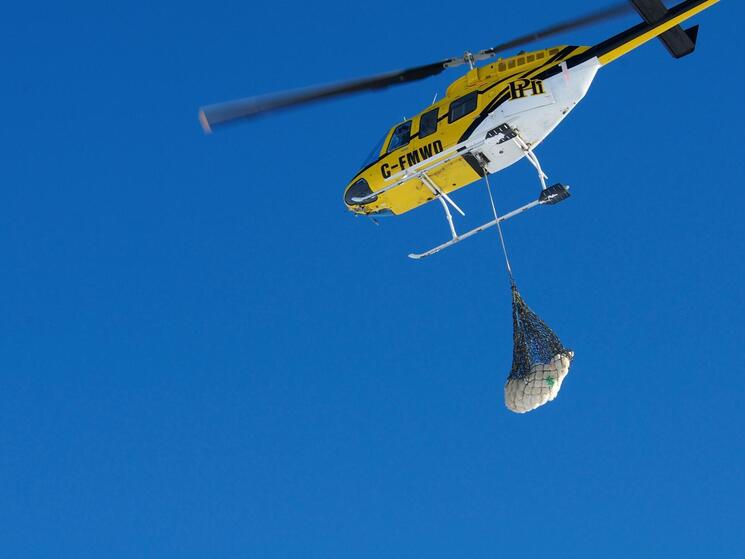 My last day in the polar bear capital of Churchill, Manitoba got off to a difficult start. But I soon discovered some optimism and hope for how contact between polar bears and people might be managed in a way that is safer for everyone.

After lunch, I was able to see a polar bear get released from "polar bear jail." About a week before I arrived in Churchill, a polar bear went on a burglary spree, breaking into a local resident's cabin and stealing half of a moose. Wildlife officers tracked the burglar bear down and put him in what’s commonly known as polar bear jail, along with about 10 other problem bears. These bears are isolated in a specially designed holding facility for a few days, sometimes even up to a few weeks. The idea is to give the problematic bears an unpleasant but harmless experience that will make them want to stay away from people. On this day, an inmate bear was going to be released back into the wild. It was a quick and exciting operation.

Inside the facility, the bear was given a drug to immobilize it. Outside, the bear was then placed into a heavy duty net spread on the ground. As a helicopter hovered above the bear, wildlife officers hooked the net to a tether from the helicopter. The helicopter lifted the bear, but officers quickly realized the bear’s head was dangling out of the net. So the helicopter set the bear back down for an immediate adjustment and then off they went again. The bear would be flown 30-40 miles out of town and released, hopefully convinced that Churchill was not a place to visit again.

Jailing and releasing bears in this way is serious and expensive business. Each release can cost about $2000 for the helicopter, pilots, etc. But it's proving to be a valuable way for the people of Churchill to live with the bears that so many tourists are eager to see. In fact, the release I witnessed was paid for by Natural Habitat Adventures, the company with which I had traveled to Churchill.

As arctic sea ice diminishes in the face of climate change, bears will have to spend more time on land. That will increase the likelihood that bears and people encounter each other. And that will make effective strategies for managing human-bear interactions an essential part of polar bear conservation.