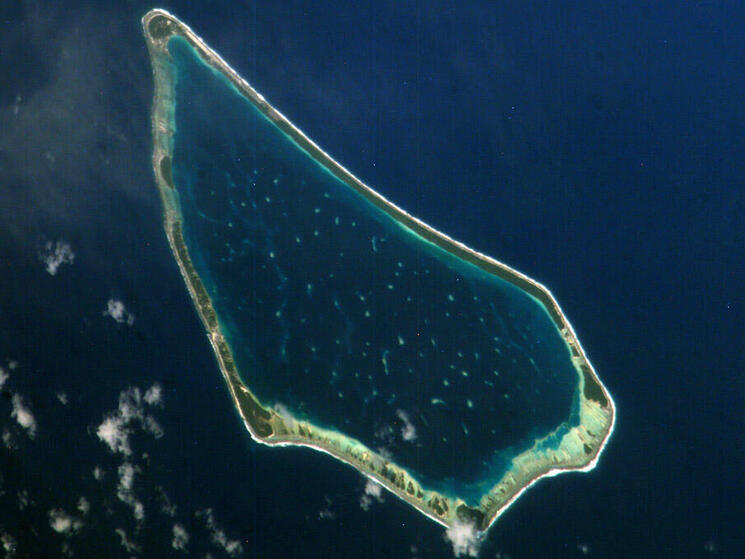 Natural Capital in Decisions: From Lagoons to Coastlines to Entire Countries

The glamour of my first field work remains personally unsurpassed. Snorkelling in turquoise waters among shimmering oyster beds in the Cook Islands, I had a creeping suspicion this was uncommon territory for economists. I was working with pearl farmers who insert a small ball into each oyster. To protect itself, the oyster coats the ball with layer upon layer of iridescent nacre, creating a beautiful black pearl.

The setting in Manihiki Lagoon was idyllic. But the oyster farmers were in trouble. Profits had fallen after severe disease outbreaks, caused by poor water quality due to overstocking oysters. My job was to assess the costs and benefits of better lagoon management, demonstrating to pearl farmers how good management of their ‘natural capital’ was in everyone’s interests.

I was trained as an economist, but in the field I quickly realized that to value nature’s benefits I needed skills and insights from other disciplines. With limited time, scant data, no interdisciplinary team or funds for consultants, I cobbled together the best assessment I could. A lagoon management plan was put in place. I was inspired by the power of economic arguments for environmentally-sound decisions.

On my return, I read the Millennium Ecosystem Assessment (MA). I was alarmed by its evidence: global biodiversity and two-thirds of ecosystem services were in decline. I saw my work was just a drop in the ocean of what was needed. And it motivated me – and many others – to devote our careers to reverse these declines.

A decade later, and in large part inspired by the MA, there are tremendous advances in science and tools that make it easier to quantify, map and value nature’s benefits to support better decisions. The Natural Capital Project, co-founded by WWF with Stanford University, The Nature Conservancy and the University of Minnesota back in 2006, is a leader in these efforts. Its founders were inspired to turn the powerful concept of natural capital into reality. It advances science, creates tools (such as InVEST) and works closely to integrate nature’s benefits to humanity into decisions by governments, businesses and communities. What a boon its water quality model would have been in Manihiki!

WWF and Natural Capital Project scientists, along with other researchers and practitioners just published a Special Feature on ‘Nature as Capital’ in the 100th Anniversary Edition of The Proceedings of the National Academy of Sciences of the USA (PNAS). The Special Feature reflects advances in the science and application of information on ecosystem services in policies and plans – such as Belize’s coastal zone management plan, China’s ambitious ecosystem service protection policies, and market-based conservation strategies in Sumatra.

We must celebrate emerging success stories, but we know it also takes time to change people’s understanding about how we depend on nature. Crafting better plans involves intense negotiations among multiple, often conflicting groups. Uptake by businesses and governments is nowhere near what is needed given how fast we are losing our natural capital. The Special Feature sets out an agenda for future research and action.

A lagoon. An island. A country’s coastline. These are just a few green dots on the globe. Can we improve decisions across entire countries or regions? How? Myanmar and Mozambique are blazing a trail with a level of ambition that is inspirational. Myanmar’s President and the Mozambican Government have requested WWF’s support to map their entire countries’ natural capital as the basis for better development planning. Watch this space.