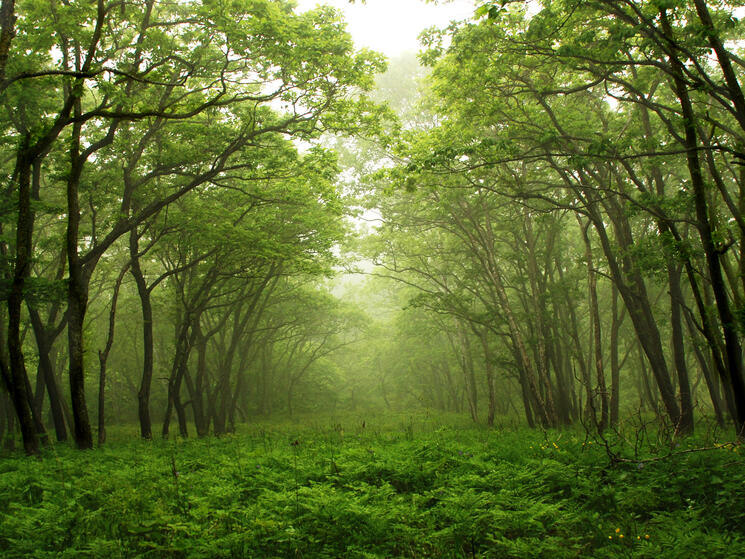 The Living Planet Report: Alarming Trends and a Path Forward

Today, World Wildlife Fund released the 2014 Living Planet Report. The report is always a must read update on the state of the planet, but this edition is especially important for anyone who cares about biodiversity. The headline finding is that vertebrate populations around the world have declined by an average of 52% between 1970 and 2010.

The situation is even worse if we look at the tropics, with an 83% species decline in Latin America. These are sobering statistics for me, and I’m sure for you as well.

If you dig deeper into the Living Planet Report, you will discover that animal declines are not uniform around the world. Freshwater species have been especially hard hit, down 76% in my lifetime, compared to “just” 39% for terrestrial and marine species. Animal populations in Latin America are down a shocking 83%. Elsewhere in the species-rich tropics, populations are down 56% percent compared to 36% in temperate zones. The world’s network of protected areas is helping limit the losses as animal populations in parks and wildlife refuges are only down 18%. While the magnitude of declines may vary, the trend lines all point in the same troubling direction — down.

Why are we seeing these alarming trends? Simply put, they are a consequence of the growing demands of the human population. More people are consuming more natural resources. And insodoing, they are clearing forests, plowing grasslands, polluting waters, and emptying the oceans.

This is not just a problem for wildlife. It’s a problem for you and me, too. As I wrote about in a previous LiveScience post, humans are consuming natural resources faster than nature can replenish them. Every year, we use 1.5 planet’s worth of natural resources. Overshoot day marks the day when we have used up our annual supply of renewable resources and start spending down the Earth’s natural capital. This year that day was August 20, and it comes earlier every year.

Instead of living sustainably within our ecological means, we are borrowing from our future to pay for our present. According to the Millennium Ecosystem Assessment, 60% of ecosystem services — things like water supplies, fish stocks, fertile soils, and storm protection — are already in decline because of human impacts on the natural environment. Sometimes you need to dip into your savings to make ends meet, but you go back to saving again as soon as you can. Well people have been dipping into the planet’s natural capital account since 1975, and every year we take more than we took the year before.

So what are we to do? When my colleagues and I reflect on our conservation work, we see hope in WWF’s past accomplishments to protect the world’s most important places like the Amazon and iconic species. When we take a clear-eyed look at the trends described in the LPR, we also know we will have to accomplish much more in the future. I am most excited about three things that WWF is doing to start to reverse the current trends in animal populations.

First, we are looking at our conservation strategies with fresh eyes to ask how they might be scaled up to achieve larger conservation impact. The secret lies in developing strategies that can be implemented by others, effectively multiplying the impact that WWF could have by itself. To do that, we are using science to develop forecasts of how much conservation impact we think a project may have in order to identify the most promising strategies. And we are using impact evaluations — common in the health sector but cutting edge in conservation — to rigorously measure the impacts of strategies so that we better understand the conditions under which they can be successfully replicated.

An example of a multiplicative strategy with great potential impact is community-based conservation. WWF has been working in close collaboration with a number of communities in Namibia to develop their own conservation programs. The results have been a resurgence of rhinos, lions and other wildlife, and economic development opportunity for local people. Variations of this strategy are now being developed with communities all around the world, from Nepal, to the Arctic, and even with Native American communities in the Northern Great Plains of the US.

Finally, WWF is working with the private sector and with governments to help them incorporate natural capital considerations into their business and development decisions. WWF and The Coca-Cola Company have already collaborated to significantly reduce the amount of water used to produce beverages and other products. WWF scientists are now working with Coke to use natural capital accounting to source agricultural commodities that are sustainably produced and will contribute positively to watershed health. In Belize, WWF scientists have helped government officials and stakeholder groups to develop a science-based coastal zone management plan that balances economic development with protection of vital natural capital such as coral reefs, sea grass beds and mangrove forests that attract tourists, sustain fisheries, and protect coastal towns and infrastructure

These strategies give me hope in the face of the LPR trends because they show  the promise of what might be accomplished when conservation harnesses the creative potential of innovation and the multiplicative power of collaboration.