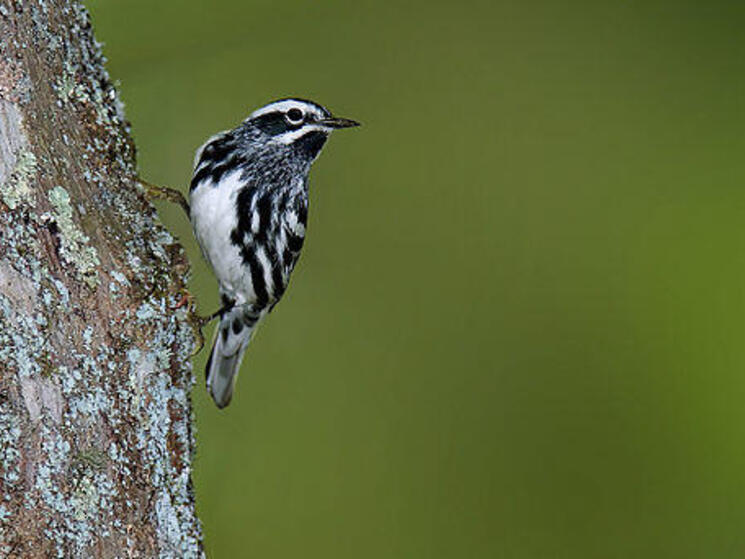 I love science. Ever since I was a kid, I have been fascinated by the natural world. Science has been a way for me to learn about nature, and to do my part to conserve it.

Here are some more reasons that I am Science-Driven:

I will always remember my seventh grade science class for one thing: my teacher showed us a picture of a black and white warbler and said that it lived in the forests right around town. I had to see that exotic looking bird for myself so I started exploring the woods in a neighborhood natural area. I found the black and white warbler, and have continued watching birds and thrilling at the personal discovery of seeing different species ever since.

Science might seem like a pretty staid activity sometimes, but it can definitely get your heart racing. I recently traveled to the Bahamas to learn about efforts to conserve island biodiversity (hat tip to my friends at Island Conservation). While snorkeling over some coral reefs, I also got some up-close looks at these reef sharks!

Sometimes Science makes you say "Wow! That's cool." It captures your attention with a discovery that is completely unexpected or an amusing observation that you just have to share with friends. Here is one that caught my eye recently—a series of thermal images that reveal just how cold penguins can get during frigid Antarctic nights if they don't stay close to their comrades.

One of my Science heroes, Carl Sagan, gave one of the best explanations ever about why science can help us understand the world around us:

If we lived on a planet where nothing ever changed, there would be little to do. There would be nothing to figure out. There would be no impetus for science. And if we lived in an unpredictable world, where things changed in random or very complex ways, we would not be able to figure things out. But we live in an in-between universe, where things change, but according to patterns, rules, or as we call them, laws of nature. If I throw a stick up in the air, it always falls down. If the sun sets in the west, it always rises again the next morning in the east. And so it becomes possible to figure things out. We can do science, and with it we can improve our lives.
— Carl Sagan
Cosmos (1980, 1985), 32.

Science is all about answering questions for which we don't yet know the answer. That makes it a powerful tool for solving problems. Instead of random guessing or mindless trial-and-error, you can use science to test hypotheses systematically, and to assemble evidence for what works and what doesn't.

Drawn to discovery, excited by adventure, and empowered through understanding to solve problems, the most enduring reason to be science-driven is because it enables me to make a positive difference for the conservation of nature. Throughout my career in conservation, I have been fortunate to experience the satisfaction of applying science and seeing results many times. I got my start documenting the distribution and abundance of endangered species in northern California in order to influence where road projects and other developments were located. Later in my career, I led a global analysis of habitat loss and protection that revealed grasslands to be the most imperiled habitat type and motivated conservation initiatives from Africa to Argentina to Mongolia.