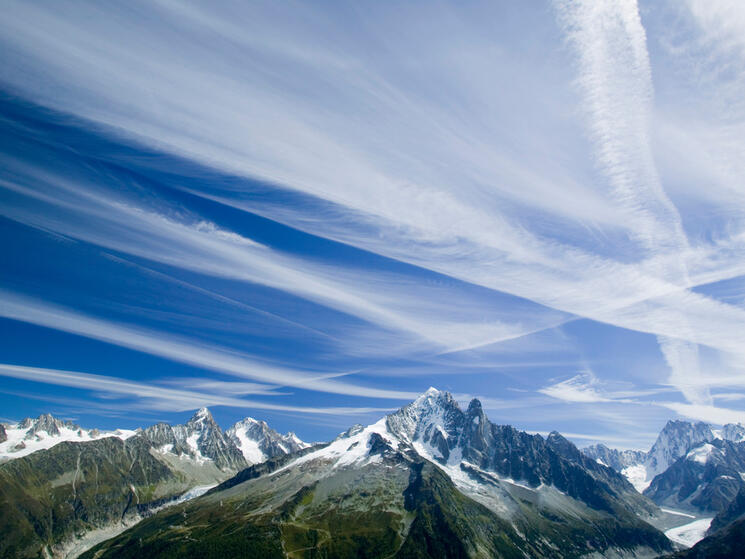 Aviation on the Cusp: From COVID-19 to the Climate Crisis

If you fly, you may know that flying is likely the largest part of your personal carbon footprint. What you may not know is that if aviation were its own country, it would be a top-ten carbon polluter. Plus, scientists now know that aircraft burning fuel in the upper atmosphere more than doubles the global warming impact of the carbon dioxide emissions alone– think of the heat-trapping contrails streaking across the sky that jets form high up in the atmosphere.

Aviation’s social license to operate depends on its ability to get on a flight path to net zero climate impact by 2050.

First, the physics of aviation make it one of the hardest sectors in which to cut carbon – there are huge technological and economic barriers. The jets in service today are expensive, long-lived capital assets designed to fly on liquid fuel. While short-distance electric aircraft may take off in the next decade and a half, fully electric airplanes are unlikely to take over long-haul jet travel. Designing, testing, certifying and manufacturing more fuel-efficient jets and advanced non-fossil-based fuels is an urgent undertaking that will require not only significant dedication from the aviation industry, but also bold federal policy.

Second, the industry is focused on its own economic survival, not on the climate challenge. The pandemic has put tens of thousands of aviation jobs in jeopardy and walloped airlines and many of the businesses they serve. But if the Biden-Harris Administration doesn’t put dealing with the climate crisis at the core of aviation’s recovery, all the taxpayer funds spent on bailing out airlines won’t put the industry on a path to a sustainable future.

Aviation has reached an inflection point. Going back to the pre-COVID status quo is not a wise flightpath if the sector wants to be part of the solution to addressing the climate crisis. At the center of its recovery, it could, as President-elect Biden has urged, Build Back Better. The choice could not be starker.

That’s why the Biden-Harris Administration should start by establishing targets for the emissions of all US flights - domestic and international, passenger and cargo - that set our aviation sector on a path to net-zero emissions by 2050, with a waypoint of at least a 35% reduction from 2019 levels by 2035. Legislation would help, but existing statutes already give the relevant agencies broad authority:

Aviation wants a new government bailout. That should only be provided if the industry accepts mandatory emissions limits and focuses the funding on putting people to work meeting those targets. That means support not only for people flying the planes and serving the customers, but also for people retrofitting the aircraft to boost efficiency and enable planes to use the fuels of the future. That means putting people to work growing sustainable biofuels and building the large-scale renewable electricity generation and infrastructure needed to produce truly zero-carbon electro- and hydrogen-based aviation fuels. It means directing research dollars toward electric aircraft and entirely new aircraft designs. It means putting people to work building the new zero-emitting aircraft of the future (and ditching programs that waste money on super-polluting, super-noisy supersonic aircraft).

Yes, it’s a tall order. But if aviation is to rebuild from COVID in a time of climate crisis, this must be its flight path.