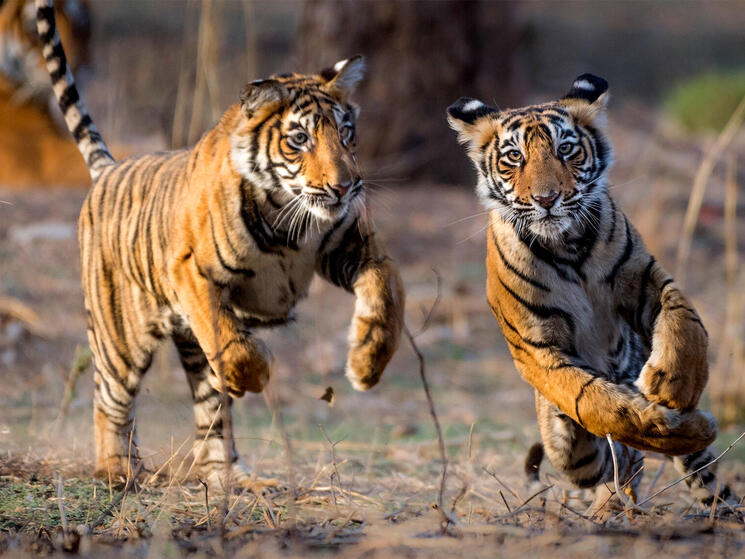 Biodiversity Picked Up a Win, But It’s Still Early in the Game to Protect Our Planet

Last month, in December 2022 global sporting eyes were riveted by the World Cup final going into overtime, but on the very same day an even more critical global conversation went past its expected final whistle as well, leading to an outcome that may well score a win for people and nature and lead to a sustainable future for our planet.

The Kunming-Montreal Agreement, reached at the UN CBD COP15 Conference in Montreal in December, commits the world to halting and reversing biodiversity loss by 2030, as massive and important a goal as achieving the 1.5 degree target for addressing climate change.

Wildlife populations have plummeted by 69% on average globally since 1970 and scientists have warned that we are facing a sixth mass extinction. We must act urgently to reverse the loss of nature. We can’t solve the crises of climate change and biodiversity loss without nature; these issues are inextricably linked and the Kunming-Montreal Agreement is a critical milestone towards achieving these goals.

Specifically, the Agreement pledges to conserve at least 30% of the planet’s lands, oceans, and inland waters by 2030, a critical threshold for the protection of threatened species, as well as ensuring sustained food and water security for future generations. The agreement specifically calls out the role and rights of indigenous peoples and local communities and recognizes their critical contributions to a global conservation agenda.

While the Kunming-Montreal Agreement is a substantial announcement, it merely serves as a shell of what must be done to achieve these ambitious and necessary targets. The agreement fails to ensure that the underlying drivers of habitat degradation and biodiversity loss are addressed, including what must be done to sustainably manage the other 70% of the planet’s natural resources and halving the footprint of humanity’s production and consumption. In addition, the true key to unlocking success will be how governments and the private sector work to immediately mobilize and implement plans to deliver the ambition promised. This lack of implementation has shown up far too regularly in the seven years since the Paris Climate Agreement was passed, and we can not afford a similar stagnation here.

Historically, the contribution of finance needed to create change has failed to materialize, so while it is encouraging to the see the promise of at least 200 billion USD per year, how and when that money starts to be delivered is paramount to reaching the goals of the Agreement. Resources and support must make it to producers and indigenous and local communities on the frontlines.

While many items within the Agreement are promising steps forward, one critical area that remains unaddressed is that of the need to transform our global food systems. The mention of agroecology is a good start, as we know we must halve pesticide usage and waste from food loss, but we must see a more systematic approach articulated that addresses soil and water holistically across the sector.

Additionally, the Agreement did not set up any sort of progressive method to increase ambition over time, known as ratcheting, which responsibly creates a model to ensure targets are sufficient as population levels rise, and global challenges evolve.

As we enter 2023, we can reflect on the dramatics that helped close the last calendar year. But it is time to focus on the coming opportunities to advance the Nature agenda. Following Montreal’s result there can be no respite, we now must pivot the fight to taking the Kunming-Montreal Agreement’s words to action, or the efforts that brought us this far will have gone to waste.