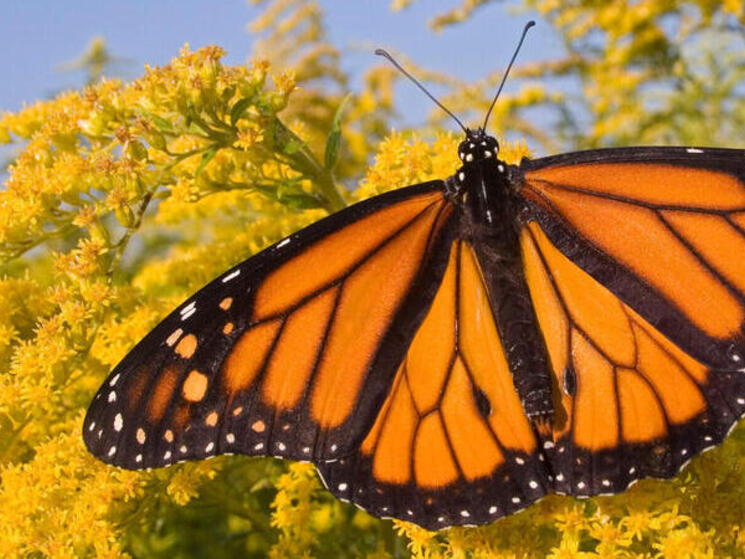 Monarch butterflies embark on a marvelous migratory journey. Annually, they travel nearly 3,000 miles from the United States and Canada to their hibernation grounds in Mexico. These travelers arrive at the beginning of November and stay for five months at the Oyamel Fir forest of central Mexico before they migrate back North. Sadly, each year fewer monarchs make that journey as their population has drastically decreased due to climate change and depletion of milkweed along their migratory route, which is the only plant where monarch butterflies lay their eggs.

WWF and our partners on the ground in Mexico are working to reverse this trend. Together, we are committed to protecting vital monarch butterfly habitat by countering illegal logging efforts, working with local communities and authorities on sustainable forest management, providing training for sustainable tourism, and leading sustainable projects such as tree nurseries that help restore butterfly forest and mushroom production. These measures have also helped to provide additional income to local communities that share the forest with the monarch butterflies.

In addition to Monarch Week at Oyamel, Chef Andrés acts as WWF’s Monarch Squad Champion by raising awareness about this species and encouraging fans to do their part to protect this migratory miracle. In the US, WWF has set a bold goal of getting one million supporters to join the Monarch Squad, to help save the monarch habitat by reducing habitat conversion and the use of herbicides along its migratory route in the US. Join José Andrés and learn more about WWF’s Monarch Squad here.