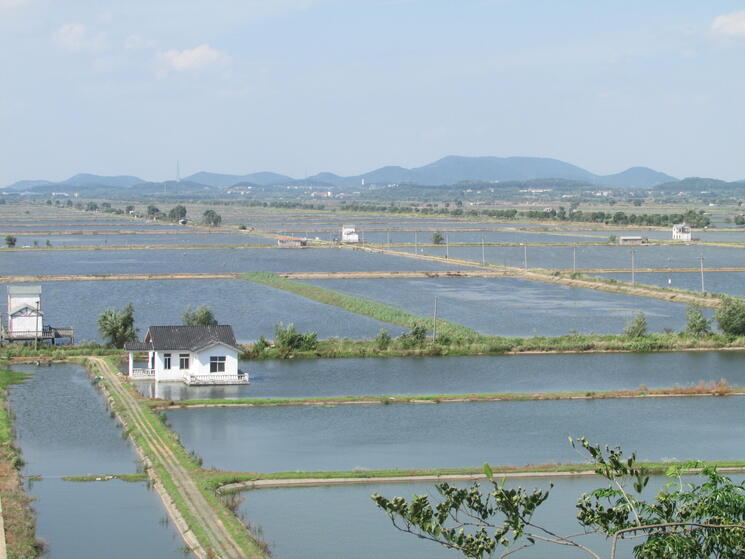 Conserving Life Along the Yangtze

In late 2006, researchers from the Institute of Hydrobiology at the Chinese Academy of Sciences in Wuhan, China returned from a six-week journey on the Yangtze River, dejected. They had searched far and wide for signs of the baji, commonly known as the "Goddess of the Yangtze," China’s famed river dolphin, and came up empty. Months later the freshwater species was declared functionally extinct. 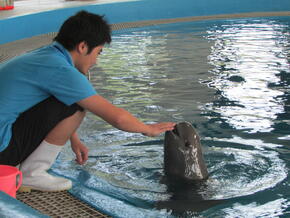 The Yangtze finless porpoise is fed at a local aquarium.

Years of rapid industrial growth coupled with unsustainable practices had destroyed its natural habitat. It was the first species of dolphin whose demise was directly attributable to human influence.

Today, WWF and its partners in Wuhan are doing all they can to save the baji’s cousin – the finless porpoise – from the same fate. Estimates suggest that only about 1,000 remain in the wild.

Sure, WWF cares about staving off another extinction by conserving the smiley creature’s habitat. We’re using conventional methods like reconnecting floodplain lakes with the main stem of the Yangtze to restore seasonal flows, allowing for migrations between the lakes and the river.

But you should care to conserve the Yangtze too, whether you’re a businessperson, investor or eco-conscious consumer. The Yangtze River Delta generates over 70% of the fish consumed in China, over 20% of its agriculture, and as much as 20% of China’s GDP. Frontier Economics recently estimated that the river itself could generate as much as 7.8% of global GDP by 2050. It’s also the source of copious amounts of minerals and energy in the form of hydro-electric power.

Paradoxically, the same interests that benefit from it are destroying it. CNN recently reported that about 800 million tons of wastewater is dumped into the Yangtze every year. Such pollution combined with overfishing (which threatens food supplies for the finless porpoise, among other species), jeopardizes the long term viability of the Yangtze and those that rely on it. 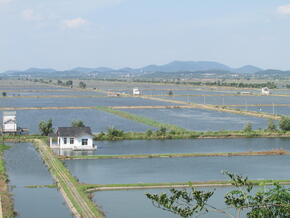 That’s why WWF is also employing unconventional approaches to work with local fisherman and business. Central to this strategy in China is sustainable aquaculture, the fastest growing food producing sector in the world. China is the source of more than 60% of the world’s aquaculture, most of which stays in country (about one third of all the animal protein the Chinese eat comes from farmed-raised fish).

WWF and its partners at the Institute of Hydrobiology in Wuhan have helped establish 50 “eco-fisheries” in lakes along the Yangtze, working with fisherman, local government authorities and retailers to source and produce a variety of fish (such as the popular mandarinfish) and crustacean more sustainably. While pursuit of the newly established Aquaculture Stewardship Council certification is still an aspirational goal, the project is helping these fisheries secure the coveted organic label in China by phasing out artificial fish feed, eliminating harmful fertilizers and clearing away boundaries between lakes and the river, all with an eye toward maintaining fish stocks for the future. In these 50 lakes, Liu Jiashou, a research professor at the institute has seen improvements in water quality and biodiversity, not to mention improved economic conditions for the fisherman.

“The traditional practices would result in destroying the environment,” says Liu. “But (with increased demand), the farmers cannot stop farming, so the only way we can help is to change the methods. Aquaculture has become the best way to have both intensive production and to control pollution at the same time.”

The 50 eco-fisheries will not alone save the finless porpoise. But with plans to establish another 300 in the next decade, WWF and the Institute are confident they will help curtail overfishing, reduce pollution in the water and maintain fish stocks. This will reduce stress on this critical basin upon which economic growth is so dependent. But more than that, lives are at stake. Whether its marine species or people who depend on the river for food and income. We can’t afford to come up empty this time.