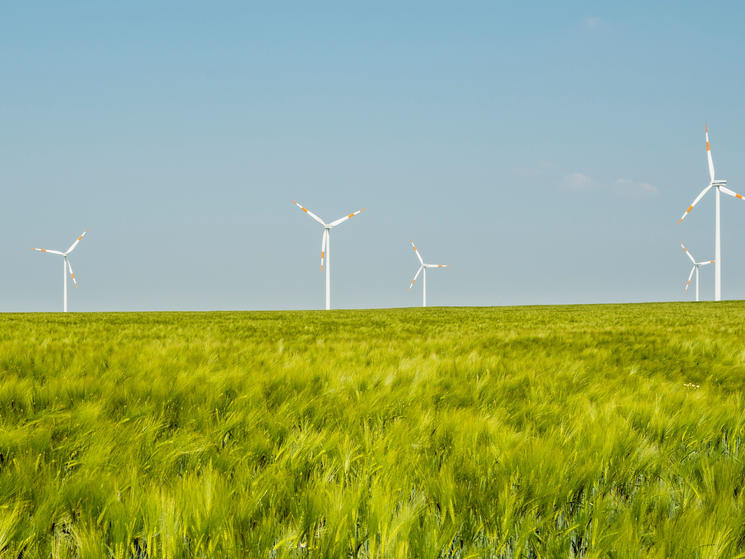 The momentum behind corporate demand for renewable energy is spreading rapidly, beyond the early-adopters to a wider range of companies.

The one-stop-shop at Amazon and hand-made craft sellers at Etsy are finding common cause with the latte experts at Starbucks and the scientists at DuPont. Companies crisscrossing corporate America want the same thing: to meet their sustainability and business goals with cost-effective renewable power.

In total, 43 companies have signed on to the Principles. Together, they need over 30 million megawatt hours of renewable energy in the United States – enough to power nearly 3 million homes—to meet their 2020 goals and far more in the long-term.

Meanwhile, the early adopters are hardly standing still. Johnson & Johnson, a founding signatory of the Buyers’ Principles, met its 2015 renewable energy goals and is announcing a 20 percent renewable energy target for 2020 and a 100 percent goal in the long term.

“As the world’s largest and most broadly-based health care company we understand the intrinsic link between a healthy environment and human health," said Jed Richardson, the company’s global energy director. "Johnson & Johnson is proud to announce our new science-based climate goals and aspiration to power all of our facilities with renewable energy by 2050.”

Signatories are also turning the demand for clean energy into action. This year, the corporate sector is on track to sign an unprecedented 40 percent of all publically announced utility-scale power purchase agreements for solar and wind projects in the United States, according to Bloomberg New Energy Finance.

Equinix, one of the world’s largest data center companies, recently signed a power purchase agreement for a 105 MW solar project in California, to completely support its California facilities with renewable energy.

“This PPA is a major milestone in achieving our long term goal of reaching 100 percent renewable power and it solidifies Equinix’s position as a global data center leader in sustainability,” said Karl Stromyer, president of Equinix Americas.

Many of the companies on the Buyers Principles are directly contracting for renewables supply. Just this summer, Amazon, Cisco, Facebook and Hewlett-Packard announced power purchase agreements to support their operations as well.

Access to longer-term contracts like these are a central component of the Buyers’ Principles. Companies also look for greater choice in procurement and purchasing options, streamlined third-party financing, and access to more cost-effective options and new projects that reduce emissions beyond business as usual.

The Principles outline exactly what companies need from their energy suppliers to get affordable, clean energy to power their operations. They are also an open invitation to traditional utilities to collaborate in achieving these goals, which has historically been difficult.

For example, Buyers’ Principles companies are working with the Edison Electric Institute, the association of investor-owned utilities, and with numerous local utilities across the country to find solutions and common ground on innovative products that deliver renewable energy and can be widely adopted.

Since the Principles were created last year, the number of corporate signatories have more than tripled. As demand for renewable energy expands, so too are our efforts to facilitate further collaborations to open new markets for clean power. Today, the World Resources Institute and the World Wildlife Fund are excited to announce BuyersPrinciples.org – our new website and hub for the latest updates, resources, information and events for companies and utilities driving change in electricity markets throughout the United States.

“DuPont is both a large consumer of energy and a provider of materials into the solar, wind and energy storage markets. It not only aligns with our Core Values to sign onto the Corporate Renewable Energy Buyers’ Principles, it also makes good business sense. We are joining a coalition of like-minded companies looking for new dialog and solutions for large-scale operations that over the long term will facilitate the purchase of renewable energy at competitive rates.”

“We are meeting our commitment to be carbon neutral and to power our operations with 100 percent renewable energy. We are excited to support The Buyers’ Principles, which we believe will open new opportunities for cross-industry collaboration with utilities and suppliers, making renewable energy more affordable and accessible. We believe that the Buyers’ Principles will help accelerate access for companies of all sizes and deliver more options to the energy marketplace.”

“Intuit is proud to be a member of the Renewable Buyers’ Principles Group. Intuit has set aggressive carbon reduction goals and a key strategy to achieve these reductions is through access to clean electricity for our facilities. This partnership is a significant step in the right direction for all of us to make a positive impact for the environment and our communities.”

“Businesses have a critical role to play in mitigating the effects of climate change by reducing greenhouse gas emissions and using cleaner energy sources, both of which are a critical component of our strategy to reduce environmental impact and generate substantial savings for our operations. By adopting these Principles, we are making progress on our journey, together with our customers, to achieve sustainability goals in the face of some of the world’s greatest resource challenges.”