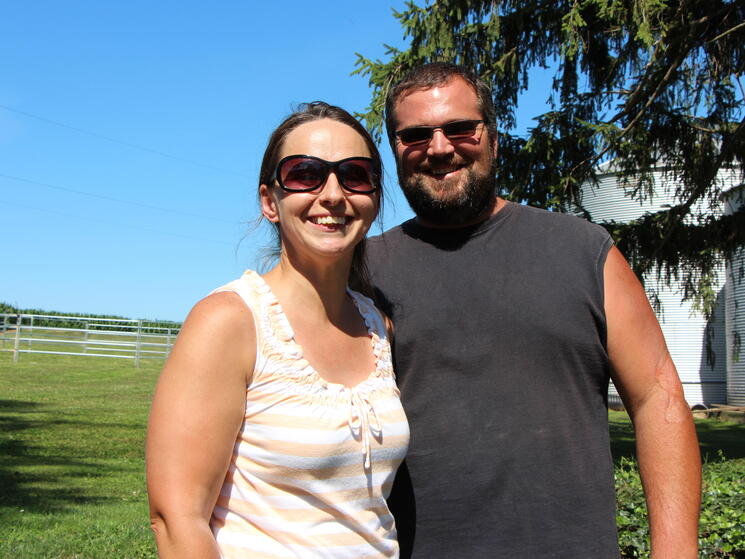 Traditionally, anaerobic digester systems have not been practical on small dairy farms, but this didn’t stop Sensenig Dairy, a 100-cow farm, from pursuing its goal. The Sensenig teamed up with the local community to collect enough waste to produce 1,401,600 kilowatt hours of electricity per year from ‘trash’ that would otherwise end up in a landfill.

The community digester at Sensenig Dairy is fed six times a day by manure from 200 dairy animals, 2,000 hogs and 30,000 chickens. Local grocery stores also contribute to the digester by adding food waste. The project has reduced greenhouse gas emissions, taxes, bedding and fertilizer costs, while also creating new revenue streams including the sale of carbon credits, fertilizer and bedding. Because the digester produces three times the amount of energy the dairy needs, the dairy also generates revenue by selling energy back to the grid. 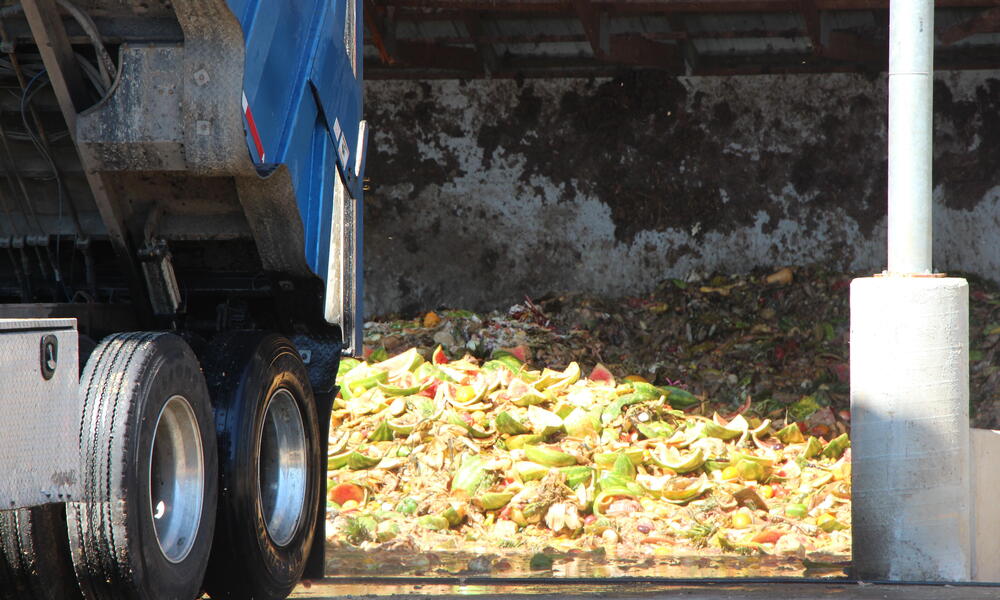 Food waste from local supermarkets is brought to the farm for the digester. This waste would otherwise go into a landfill.

The digester produces 1,401,600 kilowatt hours of electricity per year. It also offsets 989 metric tons of greenhouse gas emissions per year, which is equivalent to removing 206 cars from the road. In addition, an underground pipeline has alleviated the need for trucking, reduced the possibility of manure spills and improved air quality by reducing odor by 80 percent.

The entire digester project was community-oriented and required collaboration from many different parties, including one neighbor in particular who was impacted because the pipeline ran through his property. Cliff and Andrea worked with that neighbor to ensure the pipeline would remain part of the digester if the farmer ever sold his property. They also worked with their county to ensure the 1.1-acre digester site would be classified as a rural enterprise, but the dairy could keep its status as a farm.

Due to their efforts to involve the community early in the planning process, Cliff and Andrea received buy-in and continued interest in the project, paving the way for similar community digester projects. In an effort to share that knowledge and experience with others, they have hosted two educational events focused on teaching farmers about the feasibility of implementing digesters on small dairies.