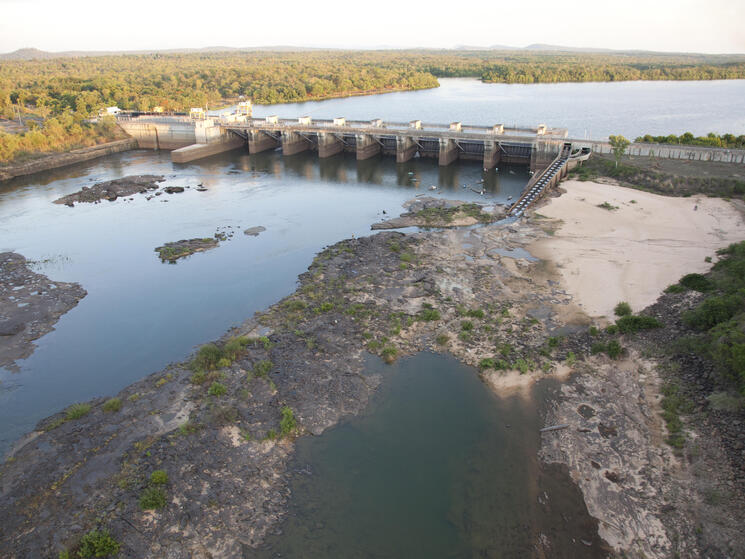 Finding a Balance for Hydropower and Biodiversity

Freshwater biodiversity, and the humans that depend on the associated ecosystem services, are at risk in three of the largest tropical river basins due to unprecedented boom in hydropower development, according to a recent study published in Science.

The Amazon, Congo and Mekong basins host roughly one-third of the world’s freshwater fish species—most of which are not found elsewhere. Each basin also faces increasing demand for hydropower and the energy and economic benefits dam construction promises. However, the freshwater scientists involved in the study found that “[hydropower] advocates often overestimate economic benefits and underestimate far-reaching effects on biodiversity and critically important fisheries.”

It’s not a new challenge. Poorly planned and unsustainable infrastructure projects are one of the reasons that populations of freshwater species have declined on average 76% over the last 40 years. As conservation organizations like WWF lead projects to protect biodiversity or save portions of rivers, we can’t help but realize that we’re losing the connectivity of our rivers systems at a grand scale. We need to change the way infrastructure is planned, designed, built and operated if we really intend to secure water for people and nature.

Presently, energy, large construction contracts, and jobs tend to drive decision-making around hydropower, often at the expense of other values, particularly those that matter to communities and the environment, such as fisheries and floodplain agriculture. The lack of transparency in dam development processes also means that other stakeholders – both human and nature -- cannot adequately fight for themselves.

“Our study underscored that hydropower advocates often overestimate economic benefits and underestimate far-reaching effects on biodiversity and critically important fisheries,” explains Kirk Winemiller, a professor at Texas A&M University and the study’s lead author. “Without more careful planning, we can expect to see declines in fisheries, species extinctions and other losses as hydropower is developed in some of the world’s most diverse, tropical river basins.”

There are ongoing and previous efforts to promote more sustainable dams. The World Commission on Dams produced a set of guidelines around best practices of dam building through a large stakeholder-driven process and the Hydropower Sustainability Assessment Forum has created the Hydropower Sustainability Protocol, a tool for scoring the sustainability of individual dams. Unfortunately, many decisions about infrastructure development are still made behind closed doors and without input from all stakeholders.

“We need to change the way infrastructure is planned, designed, built and operated if we really intend to secure water for people and nature.”

More accessible and readily available information can help foster transparency and better decision-making, particularly when it comes to protecting high conservation value freshwater ecosystems where they still exist. As a step towards this, WWF and McGill University are working with colleagues across conservation organizations, the private sector, and the academic community to develop a common framework for identifying the world’s remaining free-flowing rivers. Together, we will create an updated global inventory that will feed into the identification of rivers with high conservation value – those that still maintain ideal connectivity for biodiversity and ecosystem service functionality.

In the meantime, there are specific actions all sectors can take to make sure hydropower is developed in a way that takes more than short-term gains into account:

Only then can we ensure that these amazing rivers systems, their vast biodiversity, and the services they provide for both people and nature, will remain long into the future.