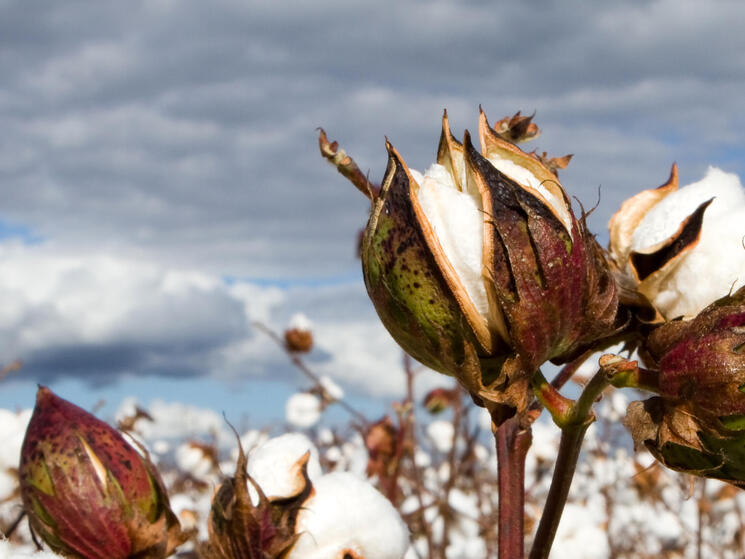 Sigtuna is reputed to be the oldest town in Sweden, established in 980. Älmhult is the village where Ingvar Kamprad opened the shop that went on to become the furniture giant IKEA, which is still based there. Although both towns have less than 10,000 inhabitants, they have helped instigate the global transformation of a product that touches our lives every day: cotton.

Today IKEA achieves its goal of sourcing 100 per cent of its cotton from more sustainable sources – an important milestone on a journey that began eleven years ago at a small meeting in Sigtuna. That meeting, organized by the International Finance Corporation and WWF with funding from Sida, the Swedish International Development Agency, brought together a range of stakeholders including brands, researchers, NGOs, growers, finance and the United Nations Environment Programme to discuss challenges and possible solutions. Our destination was clear: a world in which cotton is produced with substantially less impact on people and nature, and with farmers making a decent living from growing the crop. Our proposed solution eventually became the Better Cotton Initiative (BCI), a system designed to produce an improved ‘mainstream’ commodity complementary to Organic and Fair Trade cotton.

This is important because cotton, as well as being a mainstay of the clothing and furniture business, provides a living for about 100 million families, the vast majority of whom live in developing or emerging economy countries. It is important because growing cotton involves relatively high levels of pesticide and water use, with knock-on effects for soil, water sources, wildlife and greenhouse gas emissions. It is also a crop that is still troubled by unsafe working conditions, especially in pesticide application, by child and bonded labour, and by poor working conditions for the millions of women who do most of the planting and picking of cotton.

“The results speak for themselves. In 2015, around 10 per cent of the world’s cotton will be grown according to Better Cotton standards in more than 20 countries, as diverse as Pakistan, India, China, Mali, Mozambique, Turkey, Brazil, Australia and the USA.”

Social and environmental returns
Pakistan is not well-known for leadership on sustainability issues. Despite this, much of the initial innovation and momentum for Better Cotton came from support provided by its textile companies, trade associations, governmental farmer support programmes and NGOs including WWF-Pakistan. Indeed, through Better Cotton projects funded by IKEA and WWF, it was possible to demonstrate early on in Pakistan that the changes in farm practices required for the reduction of environmental and social impacts could also deliver increased income for farmers of 20-35 per cent on average. As a consequence, whole families and communities benefit, and children once obliged to work in the cotton fields can go to school.

The results speak for themselves. In 2015, around 10 per cent of the world’s cotton will be grown according to Better Cotton standards in more than 20 countries, as diverse as Pakistan, India, China, Mali, Mozambique, Turkey, Brazil, Australia and the USA.

The business case for market transformation
Although the success of the BCI is owed to countless people around the globe, including leading NGOs such as Solidaridad and the Pesticide Action Network (PAN-UK), and WWF partners M&S, H&M and IDH - the Sustainable Trade Initiative, one company and one individual stand out: IKEA and Guido Verijke. IKEA showed unselfish leadership by investing substantially in training farmers in Pakistan and India and then inviting other companies to join them in buying Better Cotton. This commitment helped build the business case for Better Cotton while lowering the barrier of entry for others. As then-manager of IKEA’s textile business area, and later as chair of the BCI Council, Guido Verijke provided the drive to do this while aligning the buying operations of IKEA to Better Cotton farmers and regions; the right person in the right place in the right company.

Under the leadership of Guido Verijke’s successor at IKEA, Pramod Singh, IKEA has now reached its target of buying 100% of the cotton it needs from more sustainable sources. This is an important milestone for IKEA as well as for the farmers and people in other companies and organizations who have helped to make this possible. Crucially, sustaining IKEA’s vision over the long term as the company looks beyond this target is a solid business case for change founded on ensuring security of supply, reducing business risk, increasing productivity and strengthening brand reputation.

Towards a tipping point
From two small towns in Sweden, just 500km apart, it may seem that we haven’t travelled very far. But in the five short years since a WWF and IKEA partnership project yielded the first-ever bale of Better Cotton in 2010, more than a million farmers on five continents are now producing cotton more sustainably. We’ve gone from Sweden to Pakistan to the rest of the world – but our journey is far from over.

Although Better Cotton accounts for about 10 per cent of production today, BCI’s ambition is to reach 30 per cent by 2020, benefitting some 5 million farmers worldwide and making Better Cotton a mainstream reality.
We need more companies to follow IKEA’s lead. Isn’t it time you asked your favourite brand by when their products will contain 100 per cent cotton from more sustainable sources?