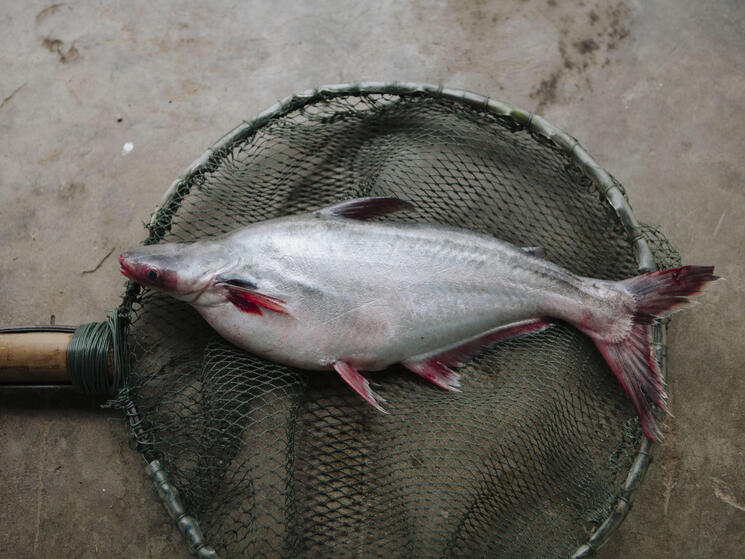 Natural resources used for aquaculture was the topic of our recent book – Aquaculture, Resource Use, and the Environment published by Wiley-Blackwell earlier this year. The book provides a review of each of the natural resources that are utilized to produce seafood through aquaculture, discusses aquaculture’s relative impact in the context of other food production systems and perspectives from the point of view of the industry and from the environmental non-governmental organizations (eNGO).  The benefits of aquaculture are provided as well as its negative impacts. Fundamentally, we attempted to depict the broader debate around environmental sustainability of aquaculture in terms of the availability and use of natural resources.

We inhabit a planet with finite natural resources. Currently, we as humans, are consuming these natural resources at a ratio of 1.5:1 meaning that the regenerative capacity of the Earth is being outstripped by our activities. In essence, we are spending our interest and dipping into our principal to repay our debts. If there was ever a characterization of what is not sustainable, this would be it. This is not a burden that needs to be placed entirely on the aquaculture industry, further in some cases aquaculture uses natural resources very efficiently. However, we don’t have to look far to find examples that hit home for the aquaculture sector – where is the optimal land with adequate water availability and quality to conduct aquaculture in the future? How much more pelagic fish can we harvest from the oceans to make fish meal and oil needed as feed for carnivorous aquaculture? How will we power aerators and pumps; how will feed be made and product be processed when fossil fuel prices run out? This is not meant to be a dooms day prediction, rather a call for pause and to get out of the weeds of our daily lives for a moment to take a holistic view at our global food system and see aquaculture’s place and performance against other sectors.

We note in our book that aquaculture has greater efficiencies when compared to some types of natural resource uses in other animal protein sectors. In recent days, we have heard that Tyson will begin to discontinue their use of human antibiotics in poultry farming. The mere thought of using these drugs would not be tolerated by the aquaculture industry, aside from those that use them illegally. Aquaculture also has a comparative advantage over traditional agriculture because the medium for culture – water – is 3-dimensional. The depth dimension allows for aquaculture productivity to be high per unit area. In some instances, aquaculture can be carried out completely in water bodies with no requirement for land except that which is embodied in feed.

Of course, some of the most popular aquaculture species are carnivores and much of the current commercial research and development is in the culture techniques for the most carnivorous species such as tuna and grouper. Thus, there will be a dependence on wild fish until there is a replacement, and aquaculture in these sectors will either be restricted by the availability of this resource or contribute to the overfishing of stocks.

At a recent meeting of feed companies, retailers and eNGOs in Asia, there was a great deal of concern for the human rights violations by fishermen to provide raw ingredient for shrimp aquaculture feeds. It is interesting to note that those that claim the aquaculture industry won’t have a negative effect on reduction fisheries because the market for fish meal will maintain some type of homeostasis with harvests never considered the use of forced and bonded labor to offset the increased effort necessary to keep capturing fish from a depleted system. One could imagine the faces of those feed manufacturers that were forced to sit and listen with international retailers as the fishing captains openly explained how to go about indebting migrants onto boats. The liability of relying on wild fish is not only the risk of overexploitation of the stocks anymore. We discuss the wild fish dependency in the book in more detail but also address issues around land conversion, water use, biodiversity loss, energy use and consumption, etc.

While the aquaculture industry should take stock of how it compares with other food production systems, it should also look inwardly on ways that it can be more efficient irrespective of how it compares to cows, chickens or swine. There is a large effort by the industry to do just that. Of course, there are others that are slower to recognize the need to improve. These actors ultimately decrease the image of the broader aquaculture sector as a whole.

Lessons have been learned and efficiency has increased over the years, but there is still work to be done in aquaculture. No matter how efficient aquaculture becomes, it will always use natural resources and it is in the best interest of the industry to use these as efficiently as possible both to ensure the resources are renewable at a sustaining rate, but also to reduce costs and increase economic viability.

With nearly 90% of the world’s fisheries harvested at or even beyond their biological limits, the ocean is scarcely able to yield more fish to feed a growing population. Aquaculture—the farming of aquatic species from salmon to seaweed—can help meet the planet’s rising demand for protein, but not without impacts on the environment. Originally published in Aquaculture Magazine, this article is one in a series by WWF’s Aaron McNevin, Ph.D., examining those impacts and how improved environmental performance can bear positive economic results for farmers. 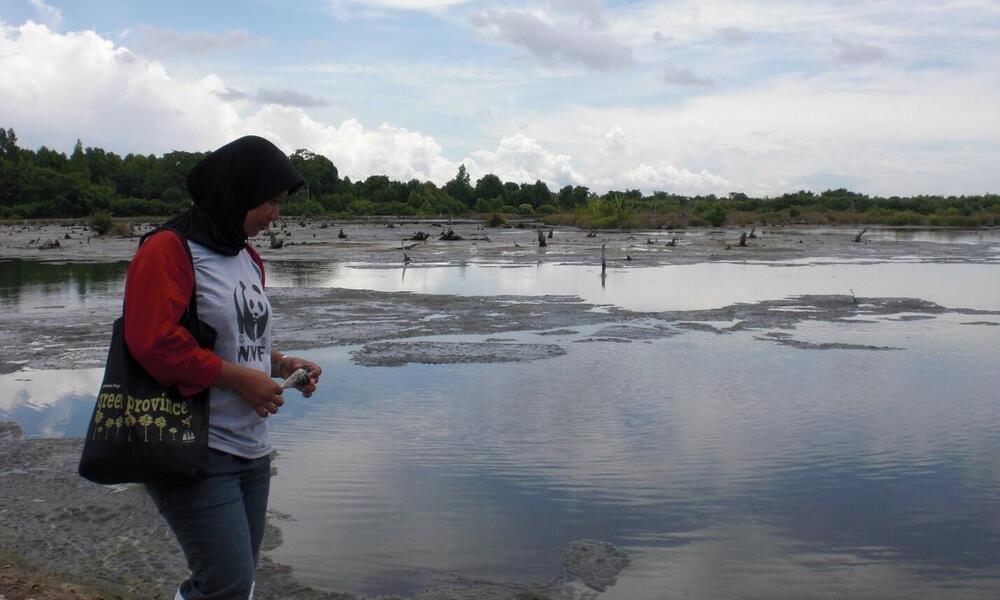 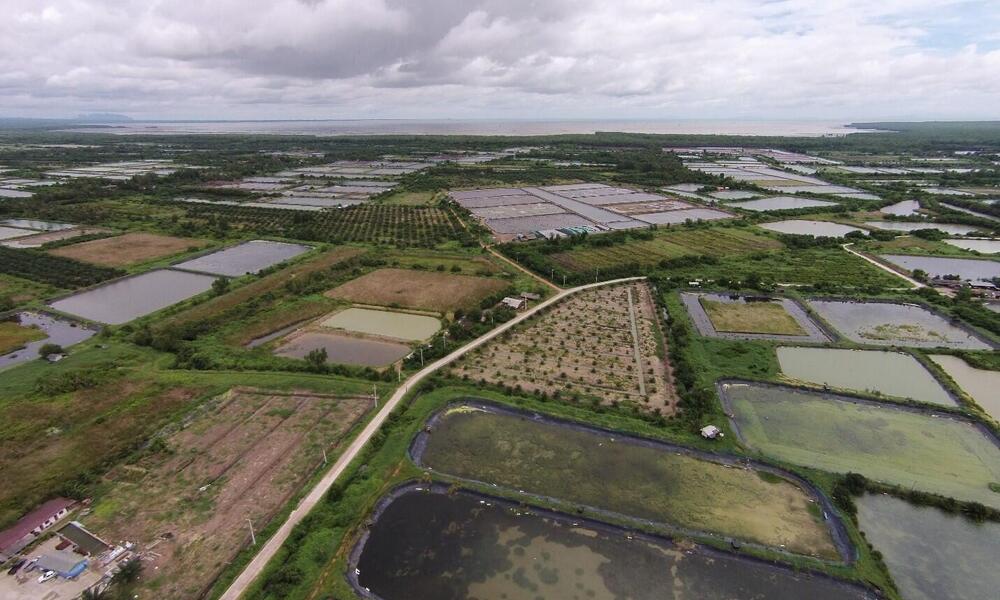 Land resources - shrimp pond abandonment as a result of Early Mortality Syndrome and subsequent conversion to palm oil in Thailand. 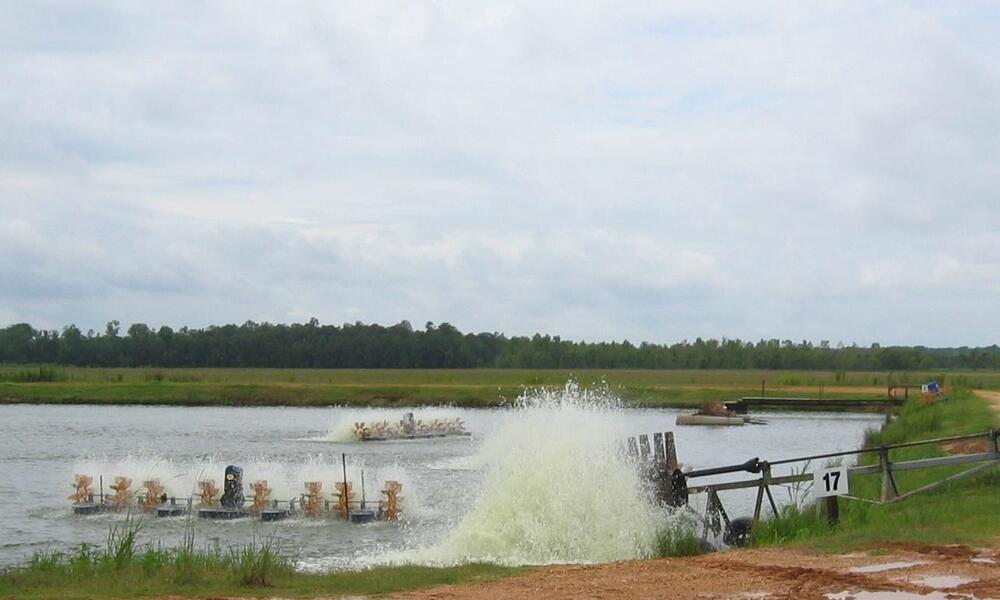 Fossil fuel resources – aeration and energy use on an inland shrimp farm in Alabama. 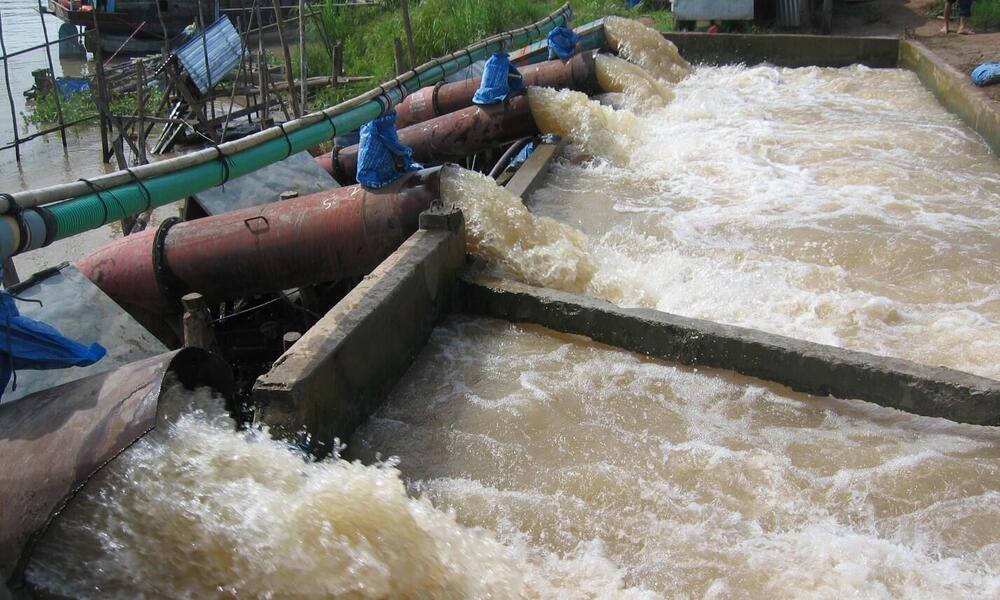