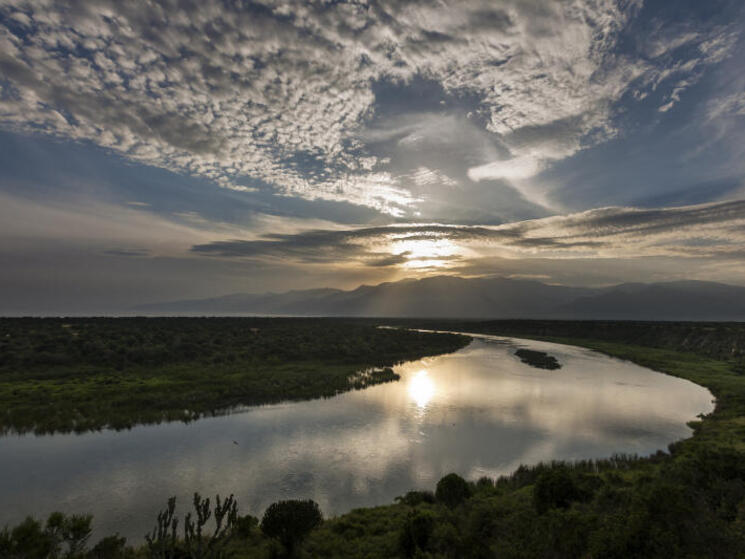 Drawing upon some 15,000 scientific studies and government reports, an international team of scientists earlier this month issued the most comprehensive assessment ever undertaken of the declining state of nature and its implications for humanity. To call the news bad would be an understatement.

The web of life that sustains us is unravelling at an increasingly alarming pace due to human activities, with upwards of 1 million species now facing extinction within the next few decades. Many of these include species we depend on for food and life-sustaining ecosystem services such as crop pollination, fresh water and the oxygen in the air we breathe.

To those of us working in conservation or following developments in the field, this news was not exactly unexpected. Indeed, WWF’s Living Planet Report has been tracking and documenting these trends for the past 20 years.

But the latest assessment by more than 300 scientists from the U.N.-backed  Intergovernmental Science-Policy Platform on Biodiversity and Ecosystem Services (IPBES for short)  takes an encyclopedic 1,500 page deep dive into the declining state of nature – doing for biodiversity what the UN’s Intergovernmental Panel on Climate Change (IPCC) does for the atmosphere. While the full report is yet to come, an extensive summary for policy makers was released on May 4.

According to the report, the main drivers of this trajectory toward global disaster are, in order of impact: 1)  changes in land and sea use (e.g., conversions of forests to agricultural use); 2) the direct exploitation of organisms -- a wonky way of lumping together things like over-fishing and the illegal trade in wild animal parts;  3) climate change; 4) pollution of the land, sea and freshwater biomes; and 5) the invasion of alien species – no, not of the extra-terrestrial kind  but of species that hitch-hike from one continent to another via globalization, upsetting the delicate balance of biodiversity in the places they end up.

The scientists say there’s still a way out of this jam, but that it will require a truly transformative effort: something on the order of what proponents of the Green New Deal propose for climate change -- but implemented on a global scale. Indeed, climate change and biodiversity loss must be tackled together, not only because each help drive the other but because both in turn are driven by a now reckless level of human consumption.

“We cannot solve the threats of human-induced climate change and loss of biodiversity in isolation,” says Sir Robert Watson, the former chair of the IPCC and current chair of IPBES. “We either solve both or we solve neither.”

After 25 years of fruitless debate with industry-funded climate denialists, we must now hasten the transition from the fossil fuels that cause climate change to solar, wind and other renewable clean energies. We must also re-think how we grow our food (along with how much of it we waste after growing it); how we reform a toss-away culture that is poisoning our rivers, wetlands and oceans with plastics and other pollutants; and, as if all this were not enough, how we can help developing countries to do the same.

Will it cost a lot? Yes, but not nearly as much as losing the $125 trillion worth of ecosystem services that The Living Planet report estimates nature provides to us every year. Will it ruffle the feathers of powerful vested interests? That too. But if that is the price to be paid to leave our children a living planet, it’s a bargain.

There’s a fable in Greek mythology about the fate that befell King Erysichthon of Thessaly, who angered the goddess Demeter by clear-cutting the trees in her sacred grove to fuel the fires of his kitchen hearth. In revenge she cursed the king with an insatiable hunger that only got worse the more he ate. Consumption possessed him, driving his soldiers to plunder everything edible in the kingdom until famine gripped the land. In the end, there was but one thing left for Erysichthon to eat: himself… arm by arm and leg by leg until he was no more.

Even back then, some teller of tales seems to have had a premonition that the quest to consume more and more could, if we were not careful, end up consuming us all.