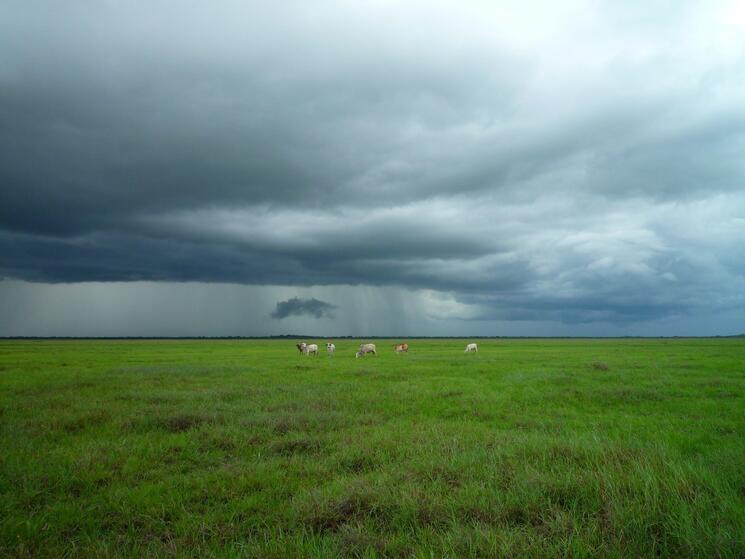 The Markets Institute @ WWF’s Top Issues, Trends, and Tools for 2020

The Markets Institute at WWF identifies global issues, trends, and tools around the most pressing challenges of our time. Each year we release a list of what we see as the top emerging industry developments that may not be apparent to help stakeholders stay ahead of the curve and to help us all shift faster.

The lists are identified through research, interviews, data analysis, and discussions with our Thought Leader Group. Here are the top issues, trends, and tools to keep an eye on in 2020:

Will governments wake up to what is happening and what their role is in addressing it? Will they look beyond the next election for what is needed and begin to lay the groundwork for it? Will they realize that only they, working together, can solve some of the world’s biggest problems? Or, will the rise of nationalism and the perceived need to protect markets commit them to paths that not only don't address the most pressing problems but accentuate them instead?

Having failed to achieve most of their 2020 commitments, we will hear companies talk more about implementation than commitments. Given that reducing global emissions is the key impact that most food companies are focused on, we need to assess why earlier commitments weren’t been met and what it will take to achieve those set for 2030. Up to 37 percent of all global GHG emissions are from primary production in the global food system. To succeed this time around, both companies and producers will need to work together, and producers will need incentives as well as a better understanding of the tools and practices that will help them reduce GHG emissions and/or sequester carbon on farms.

Green finance will take off

Financial institutions have already recognized the risks associated with coal and other fossil fuels. It is only a matter of time before they start to recognize the risks associated with other environmental issues like deforestation and habitat conversion and other sources of heavy GHG emissions that contribute to climate change. The first approach to green finance will be to develop portfolio screens that place higher risks on deforestation and other sources of emissions. Then green finance will begin to seek out other alternatives to invest in that avoid the biggest environmental issues and as such are not linked to them in markets or the media.

One of the main concerns of food retailers and brands is that the people who produce the raw materials in their supply chains cannot make a decent living. Many have begun to work on this issue—a clear indication that the issue is coming. In part, the corporate concern is driven by social media risks that might expose the economic situation of small and poor farmers in supply chains of the largest global food companies. As important, however, is the concern that if producers aren’t financially viable, they will cut corners to make ends meet, fail to produce sufficient quality or quantity of product, or simply leave the business and perhaps most important of all, the next generation of farmers will choose another career.

The rise of nationalism and right-wing governments globally has begun to rekindle deep-seated conflicts. This trend in conflicts will continue. In many cases, the population makeup of countries is shifting in terms of race, ethnicity and/or religion due to different growth rates, immigration, or refugees. Many countries are more multicultural than they perhaps have ever been or at least have been for some time. And, many groups that have traditionally held power feel entitled to it and do not want to share it, much less give it up. Global development and communications have made the reality of the poor and marginalized minorities clearer than ever before—especially to the groups themselves. Transparency is breaking ground for the battle for inclusion.

Retailers and brands have not been investing in primary production for some time. There is just too much uncertainty. Even traders have divested in production facilities that traditionally give them windows on productivity, innovation, and what they should expect from producers. With weather variability, extreme weather, and more gradual shifts of where crops can be grown, this trend will continue. The one exception, it appears, is that there have been a few significant investments in vertical integration in animal protein. This allows companies to control exactly how products are produced. There is growing concern, however, from traders to retailers,

There is a noticeable increase in funding from Silicon Valley—both new foundations and high net worth individuals—for animal rights, animal welfare, alternative proteins, and dietary shifts. While not always clear, it appear to be in the hundreds of millions. There is also considerable investment in the alternative proteins themselves. It's unclear how long the funding will last or how effective it will be in shifting public opinion on these issues, but it is certainly a trend to watch.

We expect to see "net-zero" carbon emissions goals set by many companies in the food sector for 2030. Perhaps the most surprising will be in animal protein production. The most pronounced moves are in aquaculture, particularly salmon. However, we are seeing similar shifts in terrestrial animal protein sectors as well, at least in the US and Europe. It will be interesting to see if alternative proteins are compelled to follow suit with their own net-zero carbon commitments.

Each year we hear a bit more about the impacts of climate change on food production. Climate has now affected coffee and cocoa production mostly due to drier growing seasons accompanied by increased pests and diseases. It has also affected where corn can be grown in the Midwest (production is moving North due to the nighttime heat) as well as where wheat, soy, oats, and cotton can be grown in the US and Canada. To date, however, there are no centralized databases where one can find this data in real-time. The data are beginning to show trends over time, but that takes years. For producers to adapt to the conditions and for companies to ensure that they have sufficient supplies of product, each will need to get better at anticipating the impact of climate on food production ahead of time rather than waiting to see what it is each year.

Rise in disease and pests from climate change

In addition to the impact of climate on agriculture and crop production, increased temperatures, drought, and flooding will also increase diseases in domesticated animals as well as people. There are even concerns that while the permafrost has been frozen for millennia, cross-sections of it show that there are still grasses, seeds, and other plant material that are viable from thousands of years ago. The question is how many germs, viruses, chemicals, and other zoonotic diseases are suspended in animation and ready to emerge when the permafrost begins to melt.

Automation and robotics vs. poverty alleviation

Hundreds of millions of small farmers produce both subsistence and cash crops including tree crops, many working for larger farmers as well. Starting about 150 years ago, mechanization began to reduce labor needs in food production. It started with in-field thrashing/processing, then planting and cultivation and finally harvesting. Today, most specialty crops still require manual labor at some stages. However, great strides have been made in automation and robotics, and it is now possible to harvest many crops mechanically. The technology will only improve. While mechanization eliminates backbreaking tasks, often even dangerous ones, what will happen to the small farmers and farmworkers who traditionally performed these tasks? Do they and their children have the skills required to contribute to society in other ways?

As crop geographies change and weather variability increases along with diseases and pests, the ability to select specific traits and breed them into food crops more quickly is becoming more important every year. Gene editing is one of the best tools to allow plant breeders to meet this need. Furthermore, traits can be selected from within a gene pool through gene editing. Unfortunately, the global dissemination of this new technology has been held up in the EU for years while it is being reviewed. The question is whether marker-assisted breeding should be regulated the same way that GMOs have been in Europe. And, as the EU goes, so to go to countries in Africa and elsewhere that depend on the EU for assistance.

With the impacts of climate change already being seen on food production, many retailers and brands realize that they need their producers to be more resilient. Many are concerned that they can’t keep passing on costs to producers without ensuring that they and their families can be financially viable. Companies are beginning to use long-term contracts (LTCs) with trusted suppliers who can use them as assets that they can borrow against to make investments in sustainability. Some companies are even bringing producers into the companies in a way that allows them access to health care at lower prices. The ability to shift business models will increase as companies start building new production systems rather than just add on to the ones they have had for hundreds of years.

Producers and now retailers and brands are beginning to share information about sustainability pre-competitively. However, aside from the Global Salmon Initiative, none really have platforms that were built just for this purpose. Dedicated platforms for producers and for retailers and brands will allow each to focus on the key impacts and learn more quickly as well share how they can reduce impacts, become more efficient, understand what works, what it costs, and what the payback period is—as well as how to make new mistakes, not old ones. In the past, the focus has been on production efficiency. Going forward, the urgency will be about how all actors can reduce GHG emissions and sequester more carbon. Food is one of the few sectors where it is possible to do both. The platforms that will be developed next will be to reduce emissions from the food sector that contribute to climate change.

There has been a general flattening of organic and another certification uptake. The pace of certification is not keeping pace with global production or the general increase in demand for many items. Global organic production seems to have stalled out at about two percent or less of global food, though some categories and some foods certainly exceed those numbers. The problem with organic production is that while the cost is considerably higher for the consumer, the net value to producers is often less than that of other production systems because production is so much lower and often more costly in terms of labor.

Companies are beginning to develop Science-Based Targets for scope one and two emissions, but most in the food sector realize that since more than 40 percent of emissions embedded in products are in scope three (either upstream or downstream), they will have to develop strategies to manage those that occur in primary production and consumption as well. Companies are also beginning to invest in regenerative practices, and position themselves to buy scope three carbon (reduced or avoided emissions, sequestered carbon) as the rules and markets solidify.

Stay tuned for what else we see this year, and help us keep an eye on the horizon.

If you haven't already, sign up for our weekly update to see how these trends evolve.