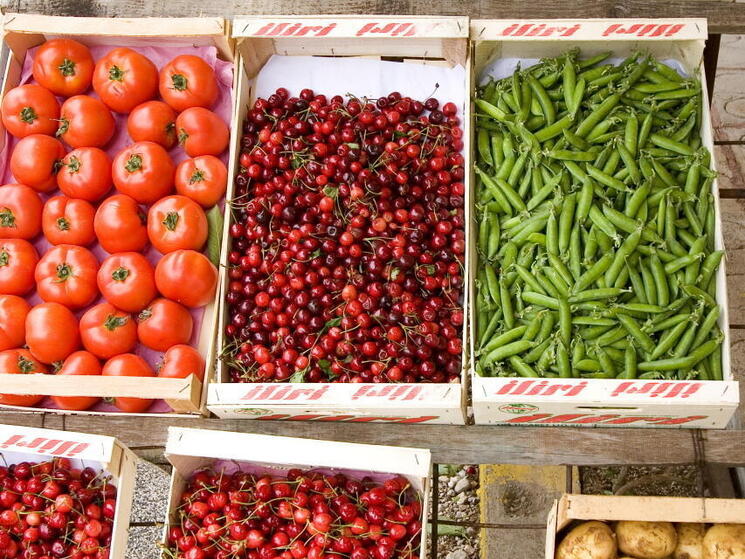 This and No More: Freezing the Footprint of Food

On September 30, 2014, WWF launched its biennial Living Planet Report. It shows that we are continuing to consume the planet’s renewable resources at rates that cannot be replenished. In fact, the report suggests that we are living beyond the carrying capacity, that we are currently living at 1.5 planets and that our rate of using resources is still increasing. The Living Planet Report measures more than 10,000 representative populations of mammals, birds, reptiles, amphibians and fish. The data show that the populations of these species have declined by 52% since 1970. In other words, in just two human generations, the total population of vertebrates on Earth has declined by half.

And the biggest threat to life on Earth for some time has been where and how we produce and consume food. Imagine the challenge, then, to produce enough food for 2 billion more people by 2050, when everyone on the planet has an average income of nearly three times what it is today. The biggest threat to biodiversity and ecosystems services today and going forward is food production. Put another way, the biggest threat to WWF’s mission is agricultural sprawl because that is the driver of biodiversity loss. However, if we intensify food production and produce more with less, then we will also have to take great care not to pollute air and water or deplete our soils.

If we want to draw the line in the sand and say “this and no more,” then we need to freeze the footprint of food. And we will have to find ways to produce more with less—more nutrition with less land, water and other inputs. There is no silver bullet to do this; we will need to work at the issue from several sides. We will need to increase productivity and efficiency while at the same time reduce waste (including post-harvest losses) and change consumption patterns. While no single strategy will solve the problem, by combining them we can achieve the results both we and the planet need.

WWF began to work on these issues several years ago, but most recently we have redoubled our efforts and created a Food Goal in order to address this threat. To advance towards that goal, we have formed a new unit focusing on animal protein—livestock, aquaculture and feed. Our work with the Innovation Center for US Dairy has been pivotal in shaping our thinking about what producer groups are able to do as well as what we can do in partnership with them.

The white paper, Facing the Challenge Together: Food for the 21st Century was conceived as a way to gather insights, test our own assumptions and help define the next steps. This includes creating awareness about the key issues, building consensus about how to address them, and identifying the research and technologies that are needed to meet our goals as well as documenting the innovations that already exist that can be shared more broadly. The paper is meant to prompt action and scalable change on the ground. Sustainability is a journey, but it doesn’t have to be one that every entity approaches alone; no single organization can solve all these problems. We are all in this together precompetitively, and we must learn from one another quicker than ever before because the speed of change is faster today than ever.

In closing, I want to express my appreciation for the experts and thought leaders who are on this journey with us who shared their vision and invaluable insights on how we can address these complex challenges.