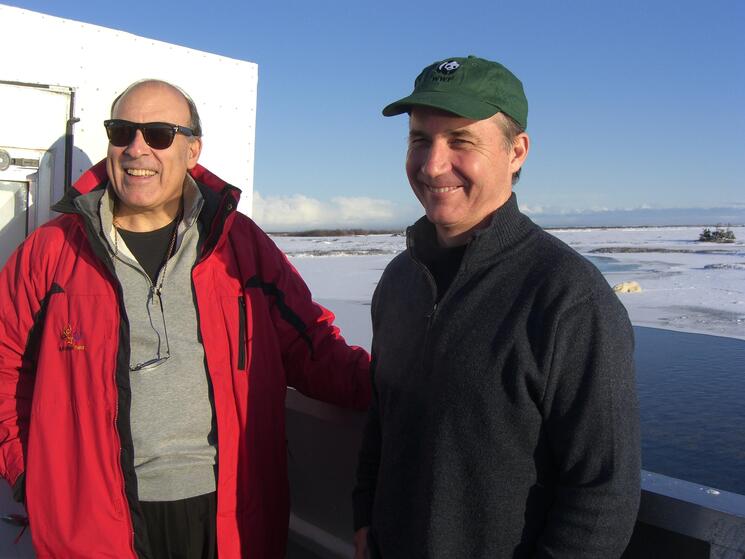 Not too long ago, when a major company partnered with an environmental organization, many of us took notice. It wasn’t completely out of the blue, but it probably meant the company was seeking reputational gain.

In 1990, responding to public outcry about its packaging materials and waste, McDonald’s partnered with the Environmental Defense Fund on a recycling and composting program. In 2005, after years of criticism, Walmart started working with NGOs (WWF among them) on three broad sustainability goals. Around this time executives from The Coca-Cola Company and World Wildlife Fund sat down across the table for the first time. The result was a complete transformation of corporate-NGO collaboration.

The Coca-Cola Company was keenly aware of that access to reliable fresh water was fundamental to its business growth. In 2003, it was among the first companies to disclose to shareowners that water quality and quantity were a material risk to its business. As they arrived at this conclusion, they realized they needed to learn much more about the watersheds in which they were operating. Enter WWF.

We gave them a view into their supply chain they’d never seen before. Together, we identified areas of strategic importance for both organizations and started building programs. We rolled up our sleeves and worked on the ground to help conserve priority river basins around the world. We established a Water Fund in Guatemala. We worked with local residents to restore forests and remove invasive species in the Rio Grande/Rio Bravo region. We helped to pass a new management statute in Vietnam’s Tram Chim National Park. We set time-bound, measurable targets to improve the company’s water efficiency and reduce climate emissions. We helped to develop a sustainable sugarcane standard, and in 2011, Coca-Cola was the first buyer of Bonsucro-certified sugar.

Never before did a corporate-NGO partnership go to this depth. Never before did such a partnership prioritize science-based, measurable progress on the ground over public relations. We set a new standard and, in many ways, redefined the relationship between global corporate and conservation brands.

But in a globalized world that evolves by the minute, success is only as good as tomorrow’s progress. Last year I was privy to a series of meetings to map out the second phase of the WWF-Coca-Cola partnership, for another eight years, around a strategy we call “Water +.” Sure, fresh water remains the centerpiece of our renewed partnership; it’s the resource that fundamentally binds our two organizations. But recognizing how interconnected our world is today, and indeed the ecosystems we depend on, Water + is about addressing the natural resource challenges that impact fresh water.

Like the first phase, we’ve identified a series of river basins whose conservation is important to both organizations (this time there’s 11, compared to seven previously). And like last time, we have established measurable climate and water efficiency targets. Beyond those, we now have targets to reduce the impacts of packaging and to source key agricultural ingredients more sustainability.

These are vitally important targets to achieve lasting conservation gains. But what strikes me as transformational is the commitment to “integrate the value of nature into public and private decision-making processes.” For too long, corporate balance sheets have failed to account for the true value of nature to the business. By putting our collective muscle behind an effort to account for natural capital, we hope to develop a quantifiable value of the ecosystem services that Coca-Cola depends on. From there, they can be strategic about where to invest resources in conservation, and truly manage natural resources as material assets.

That would be a game changer and again transform the way corporates and NGOs collaborate. Just as it was in 2003, the effort is both nascent and ambitious. But it’s achievable. Both WWF and Coca-Cola have a stake in success, and both have the wherewithal to do it.