Moving to the Front: A Holistic View of Packaging

Today, leaders in the environmental community and among the world’s largest corporations are setting their goals high and looking at issues of sustainability across supply chains and discovering what advantages might come their way in a circular economy. To these leaders, the days of promoting recycling and holding their efforts up as examples of global environmental leadership are long gone. The fact is, recycling, which addresses the back end of a product’s life cycle, has gone beyond ‘the accepted’ to ‘the expected’ across the world. Still, the world’s migration to recycling practices is a story of unprecedented partnership and leadership, and my company has been proud to be an industry leader in the recycling movement. 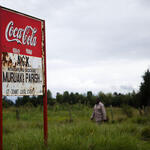 Celebrating an Anniversary with Progress for the Planet

One year ago, WWF renewed our partnership with The Coca-Cola Company through 2020. We expanded our collaboration to more deeply engage across the Company’s value chain; involve additional partners to achieve greater scale and impact; and spark commitments from businesses, governments, and consumers to take action to value, conserve, and protect the planet’s natural resources, with a focus on fresh water. Together, we are trying to address the natural resource challenges that impact fresh water. 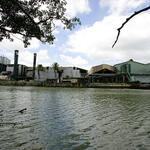 The study surveyed 1,000 CEOs across 103 countries and found that business leaders view sustainability as vital for their business’ growth, success and development. Additionally, more than three-fourths see sustainability as an opportunity for innovation and growth.

Despite accepting the importance of sustainability, many of these business leaders are challenged by a slew of obstacles that they believe prevents them from integrating sustainability into their business models. 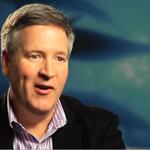 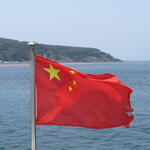 An Island of Hope in China

Nestled in the Yellow Sea just off the Northeast coast of China lies a tiny patch of land called Zhangzi Island. Looking out the window of the ferry boat, the smog from Dalian recedes in the background and for the first time in three days, I see blue sky. The island appears in the distance, peppered with wind turbines and solar panels. 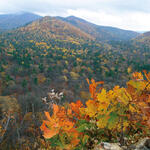 The world has never seen economic growth at a rate currently happening in China. Having surpassed Japan in 2011, it’s quickly become the world’s second largest economy and its GDP continues to expand (though ebbing in recent years).

I’m just back from a 10-day visit to China and can attest to this growth. Industrial cranes fill the skylines from Beijing to Dalian to Wuhan, construction vehicles clog traffic patterns, pollution billows into the air. So much that China is responsible for a quarter of the world’s greenhouse gas emissions. 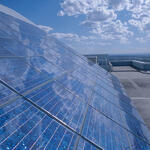 The Business Case for Sustainability

Not too long ago I suppose, it would have been hard to believe that General Motors and World Wildlife Fund could be in agreement on how to protect the planet. But with today’s release of  The 3% Solution report by WWF and CDP, it has become clear to me that we are on the same page when it comes to many of the actions needed to halt the steady rise of the globe’s temperature.

I say this with confidence because the activity described in this report is similar to what we have been doing for the last three years – and I’m here to say that it works. 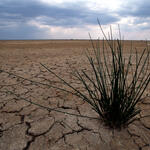 You’re a business leader. You studied hard in business school, earned your MBA and as a result, are fully equipped to succeed. Well, almost.

If you are reading this blog, chances are you want to work from within a company to improve its performance while greening its business practices. Perhaps you’ve taken some courses on climate change and already understand the urgent need to reduce greenhouse gas emissions. Great! We need more people like you! But if you really want to make meaningful change, there are a five things you should understand that, in my opinion, are not taught nearly enough at institutions of higher education, whether in business, public health, engineering, or ecology. So before you set out to change the world, consider this: 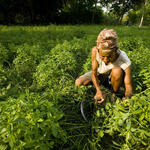 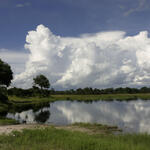 As Eshetu Abote, a member of the Shegole coffee farming cooperative in western Ethiopia, crouches near his maize (corn) crop, the difference is apparent. The shorter plants – cultivated using traditional methods – barely reach his shoulder. The taller plants have benefited from training given during monthly sessions supported by TechnoServe’s team, which is also helping the farmer with his coffee.

The better maize was intercropped with beans, which provide nitrogen to the soil. The plot was weeded regularly and fertilizer was applied in limited amounts at the bottom of the stalks in appropriately spaced holes. These measures have helped boost productivity on the demonstration plot, where local farmers see firsthand the impact of their work.