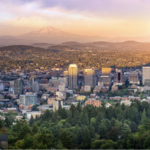 Advancing Equity and Sustainability in the City of Roses: Portland, Oregon 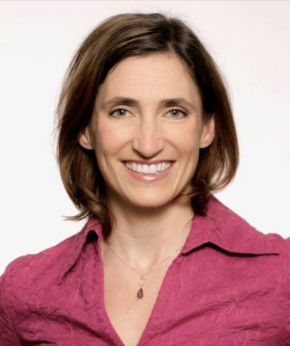 In this blog series, I’m speaking with sustainability officials in local governments around the country to learn about how they’re tackling socio-environmental issues within the public sector. This week, I interview Andrea Durbin, former Director of Portland’s Bureau of Planning and Sustainability (BPS).

For more than a decade, Durbin led the Oregon Environmental Council, a statewide nonprofit working on sustainability issues and engaging a range of stakeholders from businesses to community leaders and elected officials. She focused on strategic development, program management, government relationships, and policy development. “I take a collaborative approach to leadership,” Durbin says, “which has proved helpful for leading and convening work with other bureaus and other external stakeholders.” 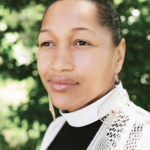 Rev. Mariama White-Hammond, Chief of Environment, Energy, and Open Space for the City of Boston.

In this blog series, I’m speaking with sustainability officials in local governments around the country to learn about how they’re tackling socio-environmental issues within the public sector. This week, I interview Rev. Mariama White-Hammond, Chief of Environment, Energy, and Open Space for the City of Boston. Rev. Mariama is the founding pastor of New Roots AME Church, a multi-racial congregation that strives to address climate change, immigration issues, and economic injustice through community-building and shared faith.

Reflecting on her transition into the public sector, Rev. White-Hammond says, “I believe in government as an opportunity for us to pool our resources together and think collaboratively and comprehensively about what we need as a whole.” She initially questioned whether she would be a good fit for government work, with the political hurdles and restriction of speech that it often entails. However, she realized that Boston was at a pivotal moment in its response to the dual crises of climate change and inequity. “People say I’m involved in a lot of different things, but I see them as connected,” Rev. White-Hammond explains. “I frame my work as ecological justice. Ecology looks at the relationship between things in nature, and we need to consider relationships when we make decisions.” 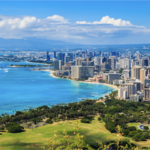 Climate Adaptation in Hawai'i: A Conversation with O'ahu’s Alex Yee 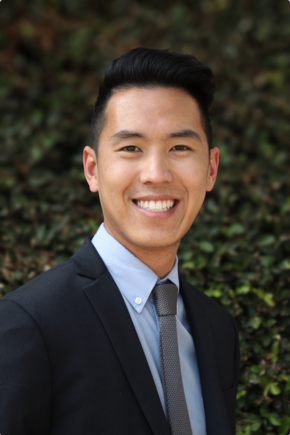 In this blog series, I’m speaking with sustainability officials in local governments around the country to learn about how they’re tackling socio-environmental issues within the public sector. This week, I interview Alex Yee, the Coastal and Water Program Manager for Honolulu’s Office of Climate Change, Sustainability, and Resiliency. Yee grew up in Hawai’i and received his Master of Planning from the University of Southern California before returning to his home state. He aims to use his background in urban planning to ensure that future generations have the same opportunity to enjoy Hawai’i’s beautiful beaches as he has. 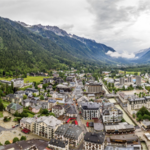 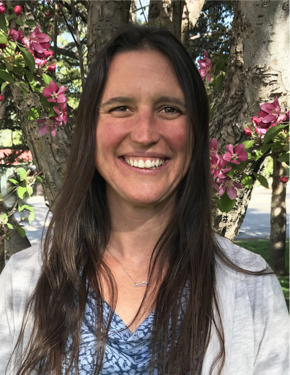 In this blog series, I’m speaking with sustainability officials in local governments around the country to learn about how they’re tackling socio-environmental issues within the public sector. This week, I interviewed Beth Markham, the Environmental Sustainability Coordinator for the Town of Vail. Markham’s deep love for the natural world led her to Walking Mountains Science Center in Avon, where she spent 11 years developing and teaching environmental education programs for students. Later, she worked for the Cycle Effect, a nonprofit that builds leadership skills and self-esteem in young women through mountain biking. In 2019, Markham took on the challenge of driving environmental stewardship through policies and partnerships at the municipal level.

Q: What are the most critical climate-related challenges facing Vail right now?

Climate systems are so interconnected, but if I had to choose one thing, I would say that the biggest issue is water. We’re already seeing the impact of climate change on our snowpack in winter and river flow in summer. Droughts are increasing the frequency and severity of our wildfires, and last summer we had the worst wildfire season in Colorado history. Vail has a tourism-based economy, so what happens when tourists can’t ski because of a lack of snow? What happens when wildfire smoke causes unhealthy air quality? It’s clear that our seasons are changing, and our precipitation is changing, especially in the form of snow. Many people live here because they love to ski, so if we want to continue our way of life here then we need to make some big changes. 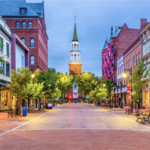 Greening the City of Burlington, Vermont with Jennifer Green 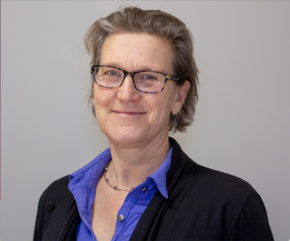 Jennifer Green, Sustainability Director for the City of Burlington.

In this blog series, I’m speaking with sustainability officials in local governments around the country to learn about how they’re tackling socio-environmental issues within the public sector. This week, I had the opportunity to hear from Jennifer Green about her work on one of the boldest, most innovative climate action plans in the nation.

Jennifer Green is the Sustainability Director for the City of Burlington, Vermont. Green previously worked on international issues at the World Resources Institute (WRI) but shifted to a domestic focus upon moving to Burlington with her family. Shortly after moving to Vermont, she worked at the City’s Community and Economic Development Office. After Burlington announced its plan to transition to 100 percent renewable energy, Green’s position was moved to the Burlington Electric Department (BED) to maximize the impact of her work in supporting Net Zero Energy efforts. Describing her favorite aspects of her job, Green says, “It’s such a privilege to work for the city in which you live. The partnerships between the business sector, the nonprofit sector, and the residents of Burlington are really exciting to me. And when you’re a government official, you get to actualize ideas in the form of policy.” 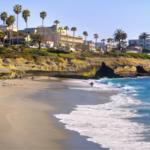 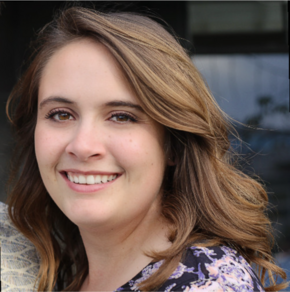 In this blog series, I’m speaking with sustainability officials in local governments around the country to learn about how they’re tackling socio-environmental issues within the public sector. This week, I interviewed Moriah Saldaña, the Climate Action Plan Program Manager for the City of San Diego’s Sustainability and Mobility Department. Moriah grew up in San Bernardino, a region with historically poor air quality that likely contributed to her asthma and inspired her to become an environmentalist from an early age.

After earning her Master’s in Public Administration from San Diego State University, Saldaña joined the environmental nonprofit I Love A Clean San Diego (ILACSD), where she organized large-scale volunteer events to collect litter and debris from the beach. Saldaña started at ILACSD as a part-time program assistant and became their Director of Regional Affairs after five years. In that position, she managed government contracts and ran zero-waste educational programs in local schools, all while gaining public sector connections that later helped her transition into the San Diego government.

In 2015, the City adopted a Climate Action Plan that aims to cut greenhouse gas emissions by 50% and obtain 100% of its energy from renewable sources by 2035. The plan outlines five major goal areas: building utilities, renewable energy, transportation/land allocation, waste elimination, and climate adaptation. I spoke to Moriah about the Climate Action Plan, why she loves working in the public sector, and more.