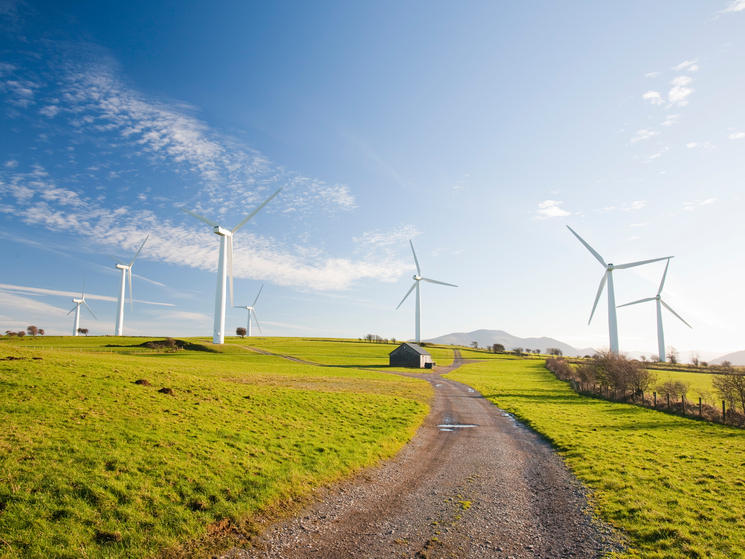 Yesterday was the first time that these three national governments met when all were aligned on the urgent need to face climate disruption. With this dawning truth and growing support for action among their people, the three leaders announced a set of joint actions.

At the core are two new lode stars for North America- powering the continent with at least 50% clean electricity in less than a decade, and cutting the super-pollutant methane by 40-45% - also by 2025. These are not small goals. Achieving them will require particularly strong leadership from the United States, which is by far the largest consumer of electricity and source of methane among the three countries.

A shared North American vision for both electricity and methane is important because power and pipeline infrastructure doesn’t stop at national borders - and neither do climate change impacts. Think disappearing ice in the US and Canadian Arctic to mega-droughts and wildfires raging along the Canadian and American west to the super-storms that batter the US and the Mexican coastlines.

By developing content-wide energy goals, our leaders are building a foundation of solidarity, rather than division, on the biggest challenge the world has ever seen. And, we’ll reap enormous benefits from this holistic approach: by managing our electricity supply together, North America can push even faster toward an economy powered by 100% renewable energy, creating new jobs and leaving nuclear and fossil fuels fully behind.

This collaborative approach builds on momentum generated in Paris last December when world leaders created the first truly global agreement to fight climate change. While this agreement catapulted climate to the top of the world’s agenda, and created huge momentum that is still being felt in energy markets and public conversation, it was not enough. There is a major gap between the emissions cuts agreed to in Paris and the ambition we need to get on track to limit global warming to 1.5 degree Celsius - the new global goal set in Paris. This is partially because the Paris deal was mostly about what countries were willing to do on their own, rather than how to do more together.

The time has come for countries to work together to beat their targets by doing more cooperatively. Like moving your refrigerator or getting your car out of a ditch, confronting climate change is something individuals or countries cannot do alone. To avert climate collapse, we have no choice but to search high and low for ways to do more together.

Yesterday’s agreement was a strong first step in that direction, but it should not be the last: there are more opportunities on the table for cooperation between US, Canada and Mexico. For example, in Paris, Mexico laid out plans to nearly double its proposed pollution reduction target with support from countries like its neighbors to the north. That wasn’t included in yesterday’s announcement. With the strong foundation established this week, North American leaders should take up this additional challenge of supporting Mexico in meeting its more ambitious goal.

By remembering our deep cultural connections, we can proudly step into the leadership position the world so desperately needs from Canada, Mexico and the United States of America. To paraphrase voices from Britain’s wiser past, when it comes to averting climate collapse we can only get by with a little help from our friends.