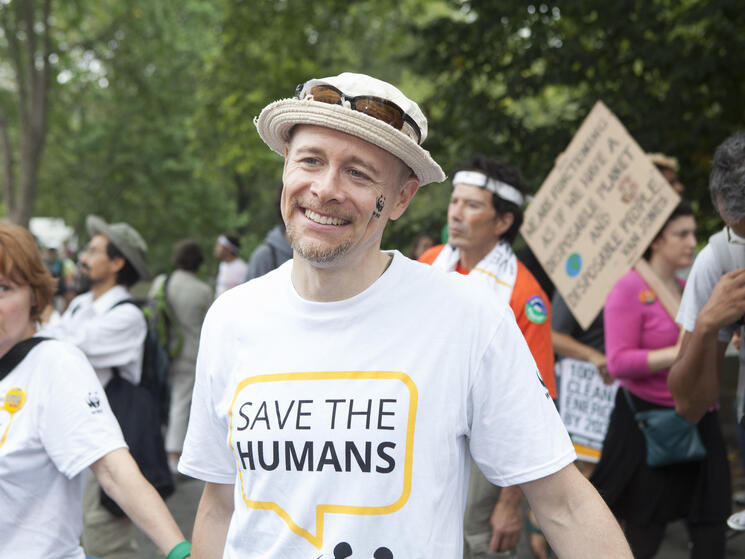 This week, WWF staff are on the ground in Lima, Peru to participate and try to influence the United Nations Framework Convention on Climate Change (UNFCCC) negotiations, where all of the countries of the world are working toward a global agreement to end deforestation, phase out dirty fossil fuels and avoid runaway climate change. It’s a big job, but maybe the most important of our time.

COP20, as it’s called by those who follow the talks, is a critical annual gathering of climate diplomats from more than 190 countries. A lot is at stake in this year’s meeting: Next year in Paris is the deadline for reaching a new global climate pact, which isn’t a moment too soon. Scientists say the next five years is the key window to start bringing down emissions, before we begin to lose our chance to avoid the worst impacts. This agreement would commit countries to new emissions cuts and provide technology and financial support for saving tropical forests and helping poorer countries fight climate change.

We caught up with head of WWF’s US delegation Lou Leonard on the sidelines of the talks on Wednesday to get his perspective on how the meeting is progressing and what we can expect to see develop before this weekend when the talks are scheduled to conclude.

Q: What is the biggest story right now in Lima?

Lou Leonard: There are three big issues occupying most of the oxygen here in Lima. So far, the lion’s share of attention has been on each nation’s contribution to dialing back their fair share of the pollution that drives climate change. Last month, the United States surprised the world by announcing their emissions reduction target (or their “INDC” in UN climate lingo) in advance of the talks. Their initial target is a political milestone, but we are pushing the US to get closer to what’s called for by the climate science.

“Think of it like when you get the bill after a dinner out with a big group of friends. Even after everyone puts in what they think they owe, sometimes it just isn’t enough. Then everyone has to pitch in a bit more or stick somebody with the bill. In the case of climate change, that somebody is our children and people from poorer countries who are particularly vulnerable to extreme storms, droughts and sea level rise. That’s just not fair. ”

Once all countries submit their new targets by March 2015, we’ll need to add up all the cuts and see how close we are to what the climate science says is necessary. If there’s a gap -- and there probably will be -- countries then need to work cooperatively to figure out how to close it. Think of it like when you get the bill after a dinner out with a big group of friends. Even after everyone puts in what they think they owe, sometimes it just isn’t enough. Then everyone has to pitch in a bit more or stick somebody with the bill. In the case of climate change, that somebody is our children and people from poorer countries who are particularly vulnerable to extreme storms, droughts and sea level rise. That’s just not fair.

The second big issue percolating is increased international support for saving tropical forests and helping poorer countries move off of dirty fossil fuels. The centerpiece of those talks is the Green Climate Fund, which is a new mechanism for countries to pool resources to tackle these important parts of the climate solution. The US took a big step forward just before coming to Lima by pledging $3 billion over 4 years to the new fund. Together, countries have pledged more than $10 billion to save forests, protect communities from climate extremes and shift away from dirty energy.

Finally, there’s also a lot of discussion on what countries need to be doing to reduce emissions in the near-term, before 2020. This is really important because science tells us that we need to peak global greenhouse gas emissions before 2020 to avoid the worst effects of climate change, like worsening floods, droughts, and extreme weather.

Q: In which areas are you seeing the most progress? And the least?

LL: Right now, everything’s still on the table. We’ve entered what’s called the high-level portion of the two week negotiations, when political leaders show up to hammer out the details of a draft text for governments to use in Paris next year. So they’re essentially working to lay the foundation for next year’s agreement.

But they are still far from success. The current negotiating text on the table covers all the right elements, but these elements are not handled in a balanced manner, with some key issues like finance being dealt with less comprehensively than climate mitigation. It also has lost most references to the science and the emissions gap. It's the weakest where it needs to be the strongest – and that needs to change.

Finance continues to be a difficult issue. We’ll be watching to see if countries put money behind their rhetoric. For example, they pledged in previous meetings to put $100 billion towards addressing climate change, especially to help the most vulnerable countries. But there’s no consensus yet on how they’ll reach that target.

Q: How much of a role has the US played up to this point of the talks?

LL: In many ways, the US began to influence the Lima talks before they began. Last month’s bilateral agreement with China provided a much needed jolt of energy into the talks. By acting together, the world two largest emitters of greenhouse gases essentially put the rest of the world on notice that the time for climate action is now.

But we’ll see what happens in Lima. US Secretary of State of John Kerry coming to Lima provides some much-needed star power to the negotiations during a critical time. As President’s Obama top foreign policy official, we hope that he comes to these negotiations prepared to spend some political capital and move the negotiations forward, and to further ensure constructive participation from the US delegation.

The US came into these talks riding a wave of optimism that’s starting to wane here – we hope Secretary Kerry can help reenergize the talks and use his well-known diplomatic acumen to unlock critical political issues here. It would be ideal for Secretary Kerry to signal that a stable climate is in everyone’s interest. 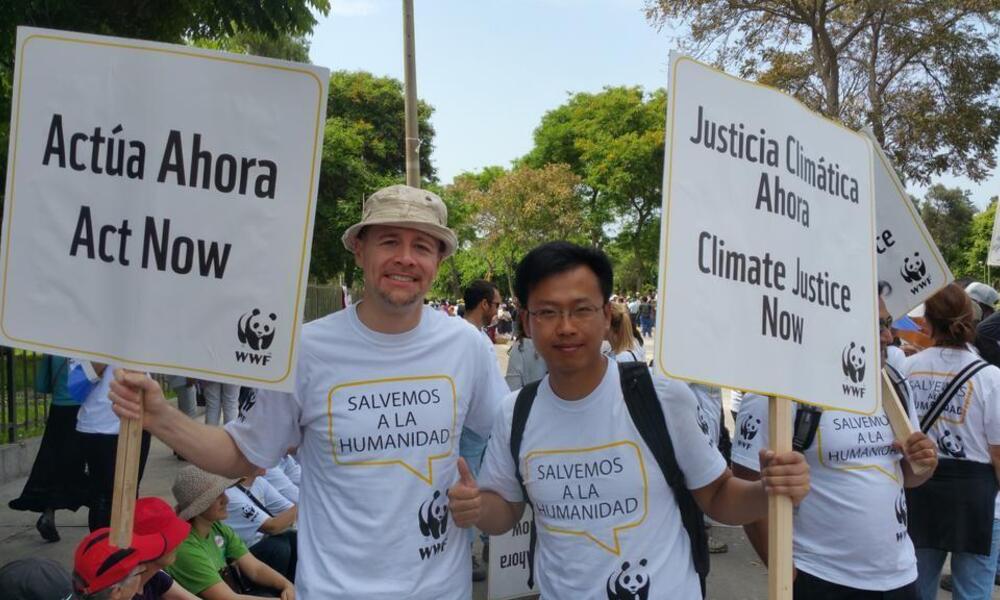 Q: Are you optimistic delegates in Lima will get to where they need to be to deliver a global deal next year in Paris?

LL: I’m optimistic because in the United States and around the world, things are changing. People understand that we are off-track and that danger is on the horizon – or in some cases already here. And those people are not staying quiet any longer. In New York we saw more than 400,000 people from all walks of life take to the streets to show their governments that climate action is something they care about. Something they will hold their leaders accountable for at the ballot box. Here in Lima, WWF and many other civil society organizations are joining the next great climate mobilization -- the People’s Climate Summit and March -- to remind negotiators and the world that more needs to be done to address climate change.