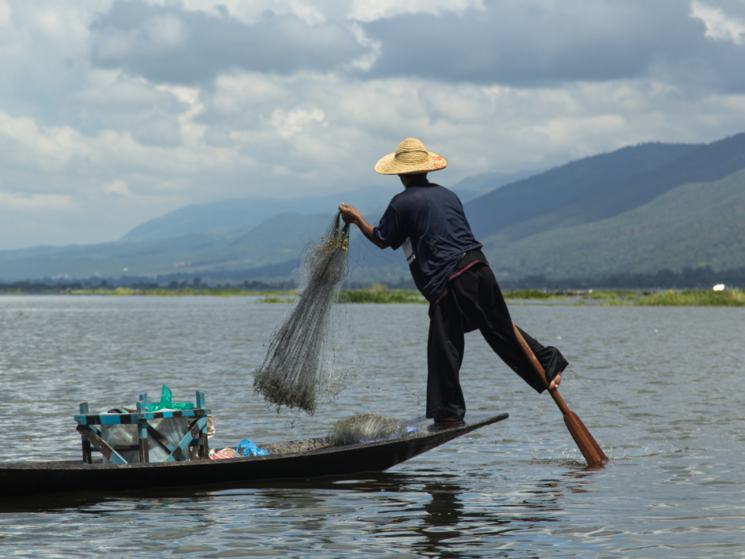 6 Questions from Conservationists to Climate Scientists

As the world awaits a conclusion at the climate talks in Paris, we know one thing for certain – a strong global agreement must remain true to the science if we’re going to prevent the worst impacts of climate change while managing those we cannot avoid.

Understanding the vital importance of pairing cutting edge science with conservation planning, policies and practice, WWF is partnering with the Center for Climate Systems Research at Columbia University’s Earth Institute to create a new approach to incorporating climate information into on-the-ground conservation work.

The ADVANCE (Adaptation for Development Conservation) partnership will bring about a better understanding of how the effects of climate change impact both people and nature, and will help WWF evolve our current conservation strategies and adopt new solutions to ensure a safer and healthier planet for future generations.

We’re excited about where ADVANCE will take us, and how it will help guide our collective conservation, development, and disaster risk reduction projects. Work is already underway in Myanmar and the partnership has identified future projects in Colombia, Bhutan and Tanzania. 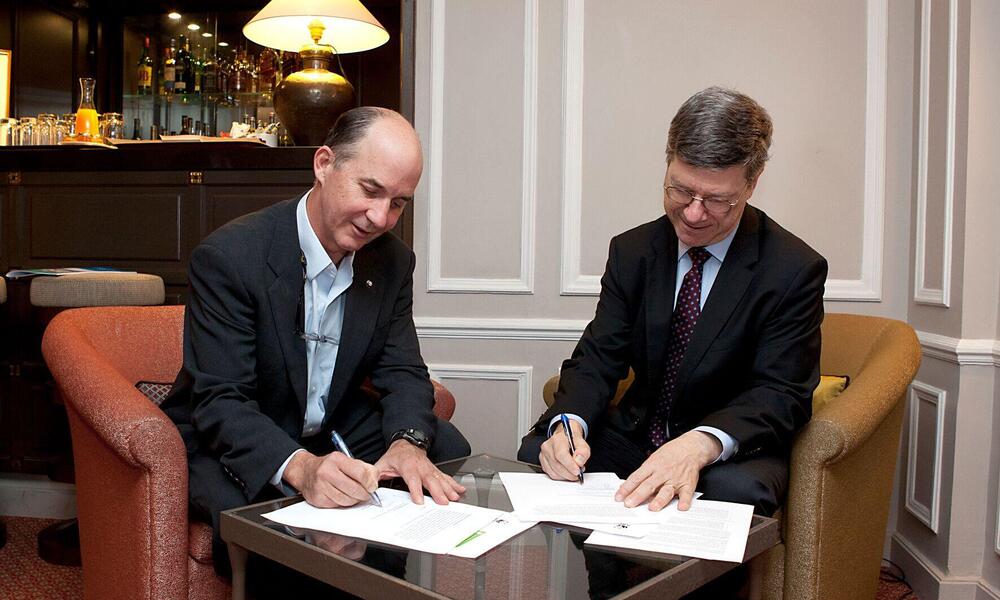 WWF’s Carter Roberts, left, and The Earth Institute’s Jeffrey Sachs signed an agreement in at COP21 in Paris to set up a partnership between the two organizations to incorporate climate research into conservation efforts.

From the climate talks in Paris, to our global ADVANCE project sites and beyond, science matters when it comes to managing climate change. To kick off our work together, we’ve asked renowned climate scientists from our partners at the Center for Climate Systems Research to share their thoughts on some of our most timely and pressing climate questions:

Will biodiversity be safe if we limit global warming to 2°C?
The answer to this question depends largely on which species or ecosystems we are considering. Some species and ecosystems are more sensitive to change than others. According to the Intergovernmental Panel on Climate Change, a 1-2°C increase will pose a risk to unique and threatened systems. And scientists have also demonstrated through modeling that impacts on biodiversity can continue for decades after climate stabilization.

So far the planet has warmed by about 1°C since pre-industrial times. Even with this level of warming, scientists have already recorded many impacts on species and ecosystems. These observed changes include shifts in blooming dates of flowering plant and timing of animal reproduction, migration and hibernation. These types of changes will become more prevalent as the planet continues to warm.

Finally, it is important note that the goal of the climate negotiations in Paris is to limit the average global annual temperature increase to 2°C above pre-industrial conditions. Even if we achieve this goal, some areas of the planet will experience greater amounts of warming than others, particularly at the poles. This means that some species will be exposed to average annual temperature increases far greater than 2°C in addition to changes in weather extremes, shifting seasons, rising sea levels and more acidic oceans. While some species may benefit, these changes will result in shifting ranges for many species and possibly even extinction. Furthermore, as changes in climate will affect the availability of food sources, some species will experience a decline in numbers even if they are able to withstand changes in temperatures and precipitation.

Considering the bleak climate projections, have we already passed the ‘tipping point’?
A tipping point signifies a point of no return, whereby the global climate or a local ecosystem is pushed beyond the boundaries of its current state. Some researchers say that we have surpassed the tipping point for global ice sheets and that they will melt at rates that would result in catastrophic sea level changes. Other scientists are not so sure, and believe that if nations of the globe can agree on limiting their emissions as soon as possible, the global climate system can still be preserved with more limited impacts. Regardless, the message is clear that actions to reduce our greenhouse gas emissions today will benefit future populations by stemming the worst effects of climate change.

On regional scales, specific locations will face greater levels of warming, more frequent droughts, or heavier downpours that could push local ecosystems beyond their current state. Some regions with degraded habitats, sensitive ecosystems, and low carrying capacity are likely to be very close to or have already surpassed their tipping points. However, understanding how the ecological systems have changed so far and identifying regional climate changes and impacts will help guide conservationists on how to increase resilience of these systems.

Because it is not possible to know exactly where a tipping point may be, a risk averse approach argues for reducing emissions quickly to dramatically to lessen the risk of climate and ecological surprises.

Given this time lag, we also need to remember that even after temperatures stabilize, other systems such as oceans, ice sheets and biomes will continue to change far into the future. Even under low emissions scenarios, the Intergovernmental Panel on Climate Change suggests that climate would not ‘stabilize’ until hundreds or even thousands of years from now.

A changing climate system affects biodiversity. We can and must slow the rate of global warming, but even the most aggressive efforts to limit greenhouse gas emissions will not stop change for a very long time to come, well beyond our own lifetimes.

Why are some countries more vulnerable to climate change than others and which countries will be impacted the most?
The amount of warming, rainfall patterns, sea level rise, storms and other changes in the climate vary across the earth. Local climate conditions, geography (e.g., low-lying coastal areas), exposure of people and infrastructure, sensitive ecosystems, and capacity to withstand risks and recover all vary from country to country. While all countries are vulnerable to climate change both directly (through climate changes within their borders) and indirectly (through climate changes in other countries that lead, for example, to increases in the price of food), some regions are more vulnerable than others. Small island nations and nations with large populations living in megadeltas (e.g., Bangladesh and much of Southeast Asia) are particularly vulnerable to sea level rise and coastal flooding. Those least developed countries in the subtropics and tropics that rely on highly variable precipitation for staple crops—many of which are in Africa—are also highly vulnerable.

How can smallholder farmers in the developing world start to adapt to changing climate conditions without the resources that large-scale farmers have in the developed world?
In many respects, smallholder farmers are at a disadvantage in the face of climate change. They may lack access to capital markets and agrotechnology. However, these farmers are often knowledgeable about traditional varieties of crops and crop management strategies that are more suitable for the projected conditions (e.g., rice varieties that are more tolerant to droughts). Some smallholder farmers may also have strong social support networks. Making sure these farmers have access to climate risk information at seasonal and longer time scales is a step towards leveling the playing field. This type of climate information can also assist government and aid agencies as they target suitable resources and build capacity to help farmers adapt.

How is science improving climate projections? Do we know enough to act now?
Climate models are our best available tool for simulating the climate of the future. Climate models will continue to improve, but for many climate problems, we already have enough information to act. Many of the largest obstacles to mitigation and adaptation are not related to a lack of climate information but rather are related to existing systems and policies.

After decades of advances in scientific understanding and computational power, today’s climate models are able to simulate many of the large-scale climate features that impact local climate, including high-pressure systems, mid-latitude storm tracks, and the jet stream. Projections of many important climate changes, such as the amount of warming and sea level rise are robust. As climate models continue to advance, they will tackle finer-resolution processes like what will happen to sea breezes and local storms. But we cannot wait for models to improve before taking action. We must make decisions today with the information we already have.