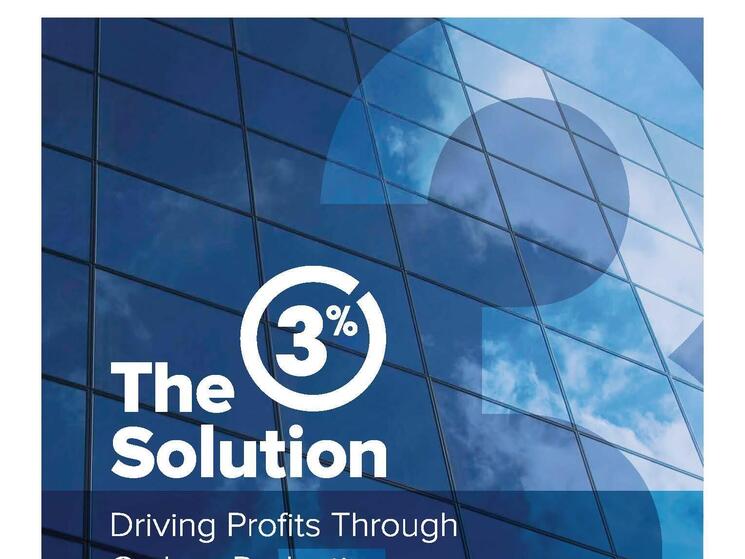 In this piece originally published in the Huffington Post, the head of WWF's Climate Change Program, Lou Leonard, discusses The 3% Solution, a new report from the WWF and the Carbon Disclosure Project.

As Americans, we love reality TV. We particularly love shows that involve a race against time, creative problem solving and a big cash pay-off or other high stakes (like avoiding a tank full of spiders) waiting at the end. Week after week, these shows top the ratings and we root for our favorite people and teams.

We love these shows, but they aren't really about "reality." (I mean how often do you really bounce along the Big Balls above a mud pit on your way to work?)

But you know what is reality? New York preparing for another hurricane season with the "new normal" of more intense storms and a rising water line (an extra foot already, and growing). The West experiencing another season of super-charged wildfires. The Arctic disappearing before our eyes (80 percent of the summer ice was gone last year) and creating a wobbly jet stream driving crazy weird weather in the lower 48 states. If these impacts weren't enough, the World Bank just issued a report saying that the world is likely to cross the dangerous "2 degrees Celsius warming threshold" in less than 20 years which could trigger irreversible planetary impacts.

What if I told you that the US economy would be on track to help the world avoid crossing the 2 degrees Celsius threshold, if US companies started an amazing race for climate profits? This race won't happen around the confusing streets of an exotic city, but inside the board rooms and under the factory floors of businesses across America. And the prize? Not a million dollars. But right now at least $190 billion with a B. Everyone who competes can win their share.

The network execs haven't bought my idea yet, but I assure you these riches are very real.

On June 18, World Wildlife Fund and CDP launched The 3% Solution, a story-filled, data-rich Rosetta stone for hidden corporate profit - $190 billion worth in 2020 or $780 billion over ten years. Companies can uncover this profit by reducing their emissions by, on average, 3 percent annually by 2020. The report provides 2 key tools to help intrepid business teams uncover these hidden savings:

Okay, you say, energy efficiency theoretically can save money, but in practice companies can't wait 10 years for a return on investment and pie-in-the-sky projections don't always work in the real world. What if I told you that the innovations in this report are based on actions companies are already taking? Companies like General Electric, Coca-Cola, DuPont, Catalyst Paper - the list goes on.

These companies are moving because it makes business sense: The data shows that 79 percent of S&P 500 companies reporting to CDP see a higher return on actions to reduce carbon pollution than other investments. Many of these are high reward, low-risk investments. This isn't pie-in-the-sky; this is money-in-the-bank.

The best news for us at WWF is that we didn't have to cut any corners on what the best scientists say is needed to fight climate change: If companies fully realized these savings, the US corporate sector would reduce emissions enough to meet their fair share of 2020 targets needed to stay below 2 degrees Celsius and help protect New York and the farms of the Midwest from the worst impacts of climate change.

And while my reality show idea may not be quite ready for primetime, we are in a race against time. By waiting to act, companies are allowing these savings to go up in the smoke of a western wildfire. Even worse, waiting means that future action will need to be much more ambitious to stay within levels needed to avoid the worst climate impacts.

So next time you are sitting back in your comfy leather chair and watching your weekly dose of reality TV, take a minute to think about how you could make your business part of this very amazing race... a race to improve the bottom line and win the most important prize of all - a safer world for people and nature.