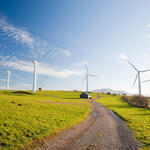 Forty five leading local elected officials in the U.S. on 17 June 2013 committed to creating more resilient cities, towns, and counties in the face of unprecedented extreme weather and energy challenges that threaten communities across the country. The “Inaugural Signatories” of the Resilient Communities for America Agreement letter pledged to take cost-effective actions to prepare and protect their communities from the increasing disasters and disruptions fueled by climate change, such as heat waves, floods, droughts, severe storms, and wildfires. In addition, they called for more action and support from federal leaders.

North Carolina State University, in cooperation with the U.S. Environmental Protection Agency (EPA), is hosting from 3 to 12 June 2013 a virtual symposium on climate change adaptation for states, tribes and local governments. The series of 12 sessions "will bring together tribal, state and local stakeholders, EPA representatives, and experts from a variety of sectors to consider the impact of EPA’s new Climate Change Adaptation Plan on the implementation of federal environmental programs, and to present case studies, tools and solutions to some of the most pressing climate change adaptation challenges."