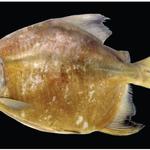 Over the course of four years—from 2010 to 2013— 441 new species were scientifically identified in the Amazon. The discoveries include a species of titi monkey that purrs like a cat and a new passion flower that sprouts spaghetti-like filaments from the center of the bloom.

Various scientists described the new species and WWF compiled the list of 258 plants, 84 fish, 58 amphibians, 22 reptiles, 18 birds, and one mammal.

The vast Amazon landscape spans eight countries and one in 10 known species on Earth lives there. Millions of species live here and most are still undescribed.

Here's a look at a selection of recent discoveries: 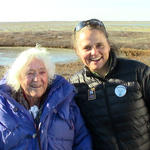 When the opportunity came up to escort Elsa Bailey on her Nat Hab polar bear adventure to Churchill, I jumped at the chance. It was an exciting prospect to spend time with this “100-year-young” woman who has inspired many in our office. 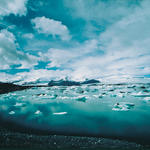 A climate change and renewable energy expert with World Wildlife Fund will be the special guest lecturer aboard a voyage from Iceland and across the Arctic Circle to Svalbard, Norway. 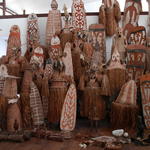 Carving a New Life for Forests

Wood is the source of life, according to Asmat tradition. Their creation story begins with a figure named Fumeripits, the first Asmat wood carver. His story begins as loneliness creeps over Fumeripits, who spends his days dancing alone. To overcome this feeling, he decides to chop down wood and methodically carve out human figures to keep him company; he also carves a drum after realizing that the inanimate carvings aren’t enough to fulfill his desire for company. Fumeripits begins to rhythmically beat the drum and slowly the figures creak to life. 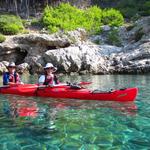 Few places on earth rival the Dalmatian Coast for sea kayaking. With more than 1,200 islands and reefs from Croatia to Montenegro, it's perfect for a paddling idyll. Join Olaf Malver during this presentation on our Croatia kayaking adventure and learn about our unique itinerary, including our stay on a deluxe private sailing catamaran from which we launch our kayaks at a new destination each day, navigating intimate coves and grottoes and exploring ashore on foot.

Learn more about this trip here. 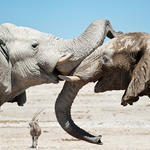 We've compiled a short list of our favorite stories from Namibia. Namibia, innovative at heart, was the first African country to incorporate protection of the environment into its constitution. Through initiatives, such as ecotourism, restoration has generated sustainable income for their communities.

Browse through these five stories to get closer to the people and places Namibia is working hard to conserve. 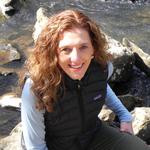 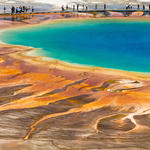 In the northwest corner of Wyoming, two treasured parks offer an immersion in scenery and wildlife unparalleled in the Lower 48. Tom Maddox, the leader for WWF's Heart of Borneo Initiative, traveled to the Grand Teton and Yellowstone National Parks for WWF's annual conference this past June. Here are our top picks from his amazing collection of photography. 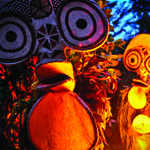 Go on a visual tour of Papua New Guinea with us! On the Voyage Around the Remote Islands of Papua New Guinea, travelers move from the low seas to the rims of volcanoes. You’ll get a peek at daily village life, cultural demonstrations and reefs that boast a staggering amount of coral. Within the Coral Triangle, there are more than 600 species of coral and 2,000 species of reef fish. 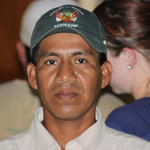 One Amazonian Protects the Future of Nature

Tulio Ahuanari Sima remembers the size of the paiche his fisherman grandfather used to bring home after a day on the river: The tasty and dense Amazonian fish could grow to 11 feet and was so heavy that two or three men were needed to carry just one. A single fish fed several families.