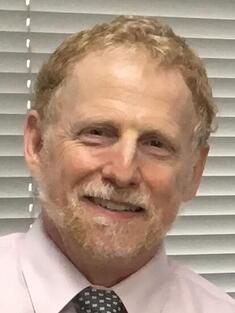 David is WWF’s Senior Manager for Transparent Seas, currently focused on transforming seafood traceability and the transparency of fishing. David has been associated with WWF as a staff member and a Senior Fellow since 1993. From 1993 until 2002 he directed WWF’s Sustainable Commerce Program, helping make WWF one of the most influential NGOs working for sustainable international trade and investment policies during the hot years of the anti-globalization movement. From 2002-2012, David was a WWF senior fellow, guiding WWF’s groundbreaking advocacy to curb harmful fisheries subsidies—the highest profile environmental issue at the World Trade Organization for many years. He returned to full time staff in 2012 to join the leadership team of WWF’s network-wide Smart Fishing Initiative, with a focus on global fisheries governance and ending illegal fishing, including helping lead WWF’s work to secure major new US regulations to prevent illegal seafood imports into the United States. Since 2014, David’s has focused heavily on transforming the traceability of seafood and the transparency of fishing activities by envisioning, building, and then leading the Global Dialogue on Seafood Traceability to deliver transformative new traceability standards for the seafood industry worldwide.

Prior to joining WWF, David practiced law in Washington, D.C., representing developing country governmental clients on international legal and political matters. In the 1980s, he lived and worked in Europe as a nuclear weapons policy analyst, and co-authored the book How Nuclear Weapons Decisions Are Made (MacMillan 1986). A graduate of the Yale Law School and of Oberlin College, David has taught courses on basic trade law and on trade and environment as a member of the adjunct faculties of the Georgetown University Law Center and the American University Washington College of Law. David is a life-long bike commuter, a swimmer/diver/water-dog, and a passable ball juggler.

“Information is empowerment. The hunger for information drives both people and industries, and access to information drives change. By creating policies, business systems, and expectations for transparency we can build a shared sense of responsibility for the ecosystems and the communities on which the world depends for the foods we eat and the goods we consume.”